Back in 2016, KD made a decision that would drastically change the landscape of the NBA and ultimately come to define his career. Kevin Durant joined a Golden State Warriors team with the best regular-season record of all time (73-9), the reigning back-to-back MVP and first-ever unanimous MVP in Stephen Curry — which he had just blown a 3-1 lead to in the Conference Finals.

KD might be one of the most misunderstood players in the NBA. He is, by all accounts, just a man who’s obsessed with basketball. As Draymond Green will attest, Durant’s move to the Warriors was never meant as a shortcut to greatness as we all interpreted it to be. It was what would allow him to produce his best basketball. Kevin Durant was undeniably a perfect fit for that team, even if it did create a massive talent imbalance. The gold at the end was never the point, this was about handing Picasso the finest paints and brushes and just letting him work his canvas.

If the narratives weren’t important to him, then it’s probably fair to assume they are now. A few Twitter burner accounts and a departure from the Warriors later, Kevin Durant has shown that – even if he disagrees with what’s said about him – he actually does care about what’s being said. With news that he’s requested a trade out of Brooklyn shaking up the NBA world, let’s discuss which team makes the most sense from his perspective.

Kevin Durant has reportedly listed the Miami Heat and the Phoenix Suns as his preferred trade destinations, both of which had the best regular-season records in their respective conference. He also recently stated on his podcast The ETCs with Kevin Durant that he’d be “open to returning to the Warriors again.” ESPN Andscape’s Marc Spears initially reported that there might be mutual interest in the Warriors re-welcoming KD back into the fold, but multiple sources have since told The Athletic that this reunion is actually quite unlikely. It’s probably for the best, Kev.

So, what’s the blueprint for the Slim Reaper? Let’s talk about the career trajectories of two of the best basketball players we have ever seen play, with one (rightfully) considered an all-time great and the other constantly followed by labels such as “snake,” “traitor,” and “cupcake”:

The comparisons between LeBron James and Kevin Durant don’t end there, as we’ve been fortunate enough to see them play against each other for 14 seasons now. The difference between them, however, is that little question mark above. The latter skipped an important step of the former: his homecoming.

Kevin Durant was even labelled weak when he left the Warriors to go play in Brooklyn. This is the only move KD could possibly make that would flip the harsh narratives associated with his name. Teaming up with a bunch of young, talented guys that missed the playoffs and righting his wrongs.

Shai Gilgeous-Alexander is exceptionally gifted and could potentially be the Kyrie Irving that LeBron teamed up with in Cleveland. They could then trade Josh Giddey or Chet Holmgren for an established star like the Cavs flipped Andrew Wiggins to the Timberwolves for Kevin Love. This OKC Thunder team could turn into contenders veeeeery quickly.

Unlike LeBron, KD still has four years on his contract with the Nets and can’t just join the Thunder in free agency. The Nets’ asking price for Durant is reportedly a young star player and at least three first-round picks… OKC have an astounding 38 draft picks in the next few years and a bunch of young assets in development already. From their perspective, getting KD in his prime to lend his talent and experience to a young roster is well worth any asking price.

While it’s unlikely Kevin Durant would ever entertain this idea, it’s the one we probably want to see the most. It’s to the point where all the backlash has become exhausting to hear. A generational talent deserves to be celebrated like one. 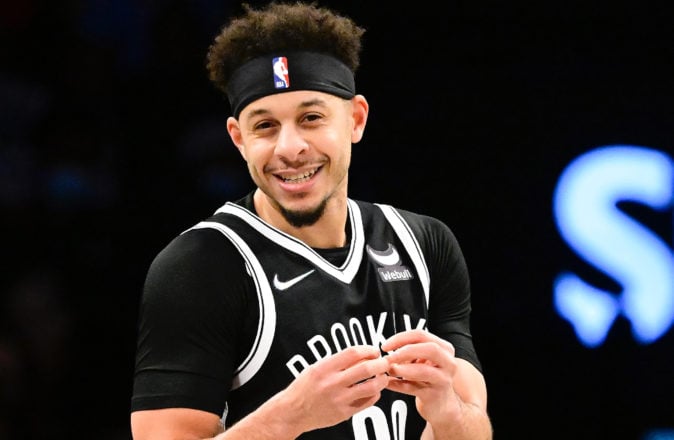