Drone footage has captured the moment Australian pro surfer Matt Wilkinson narrowly escaped a 1.5-metre great white shark on the coast of northern NSW. Paddling along at Sharpes Beach in Ballina, the 2016 Quicksilver Gold Coast Pro champion was blissfully unaware of how close his encounter was until he returned from the water.

“I heard a splash and a noise and looked around and couldn’t see anything,” says Wilkinson.

“Then the drone came down and told me that there was a dangerous shark in the area, return to the beach.”

“I got to the shore feeling a bit weird and the lifeguards showed me the footage… I realised how close it came without knowing it was there.”

“It sort of came out of nowhere, then went right up to Matt,” says Beau Monks, Surf Live Saving NSW Drone Operator.

RELATED: The Aussie Photographer Who Gets Up Close & Personal With Sharks.

“I’m not entirely sure why the shark decided to turn away at the last minute. It could have been something as simple as just bumping into his leg rope, or it might have been the drone. Marine creatures have been known to dart away when the drone does come over.”

Incidentally, this isn’t the first time Matt Wilkinson has come up close and personal with a shark. In 2015, Wilkinson competed at the South African event which saw world champion – Mick Fanning – dragged underwater by yet another marine predator.

“I called my wife because I didn’t want her to see the footage before I saw it,” says Wilkinson.

“She doesn’t want me surfing for a couple of days now.”

Due to this latest incident, Sharpes Beach was promptly evacuated and closed until tomorrow. 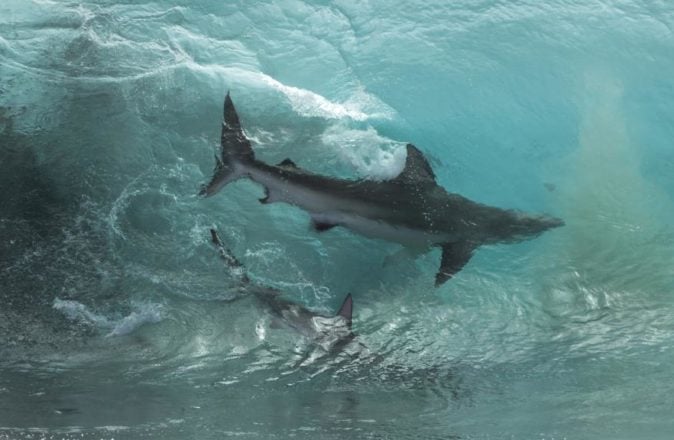 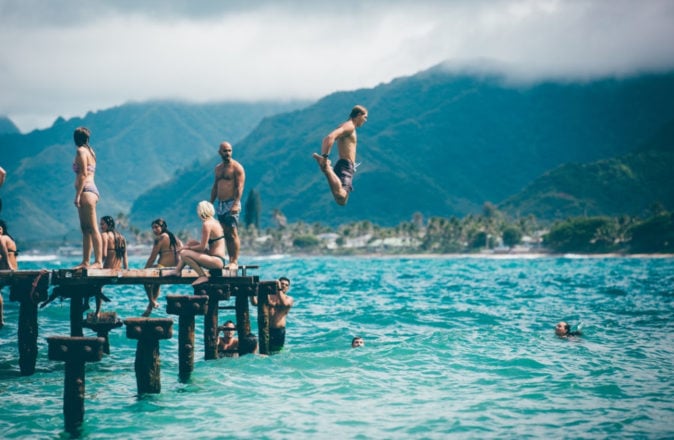