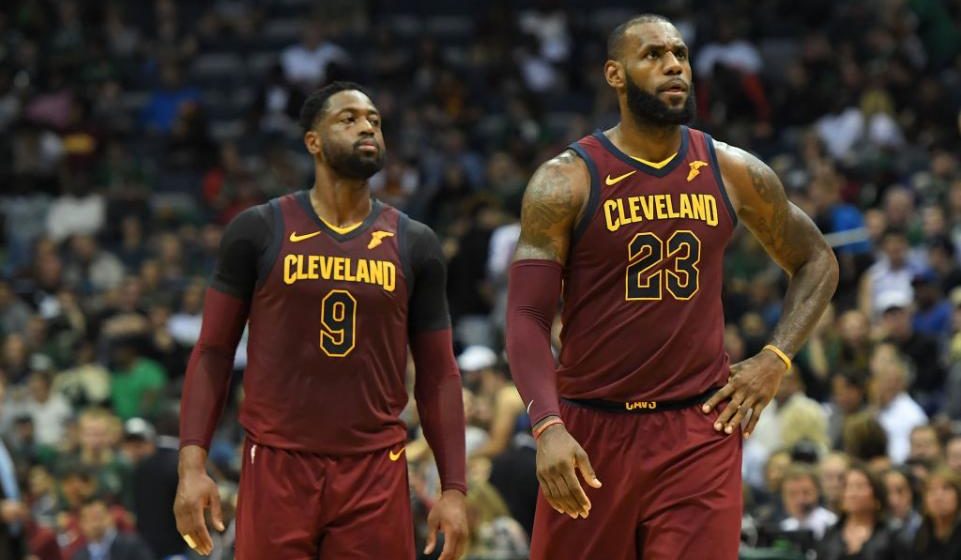 You probably expected this article title to be the epitome of hyperbole. Well, we can in fact confirm that it’s not (assuming we can completely trust the word of the man himself).

Last Monday night, LeBron James featured on UNINTERRUPTED’s Road Trippin’ podcast alongside teammate and good friend Dwayne Wade for a chat about some of the crazy stories the two had been through together.

The podcast took a slight tangent when LeBron recalled one of his own events from back in the day. Shortly after joining the Cav’s in 2003, LeBron took his first flight on the team plane. This plane was old – very old – so much so that when Dan Gilbert became the Cav’s majority owner in ’05, it was one of the first things LeBron brought to the boss’ attention.

Gilbert shrugged it off, until on one occasion he and a few select VIP’s were forced to take the plane to Houston with the team for the NBA All-Star’s Weekend. The flight was so bad that everyone, including LeBron, was convinced that the plane was going to go down after it took off from Detroit.

This excerpt from the podcast is LeBron describing the ordeal.

Our team plane at the time, I had always complained about our team plane. It was old. It was run down. And I’m not even a guy who is afraid of flights. I had one time—the first time I had ever flew—and then after that, I was good.

But I always felt something could happen to this plane. It was painted the old Cavs colours, Carolina blue and orange. It was the old plane, and they owned it. The team owned it. But it was over. I noticed it, and this was the first year our new regime took over the team. I was like, ‘Listen, if you want to start with helping us become a better franchise, we need a new fucking plane.’

Our owner’s wife was pregnant at the time. She threw up multiple times. A couple of my family members—DJ Montage—threw up. Our stewardess broke her ankle. We looked into the kitchen at one point during the flight and there was smoke coming out of the kitchen. The lights were flickering on and off. I was like, ‘Oh my God, no one wants to listen to me. I believe this is it.’ Obviously, I’m still here to talk about it. Nothing happened. But the following year, we had a new plane.

During the madness that was that flight, others can recall LeBron passing the time encouraging people to play card games with him. “Deal the mothafucking cards!” LeBron himself remembers yelling. “I’m here to play cards.”

To listen to the full podcast, head here. The plane chat comes in at around 33 minutes.