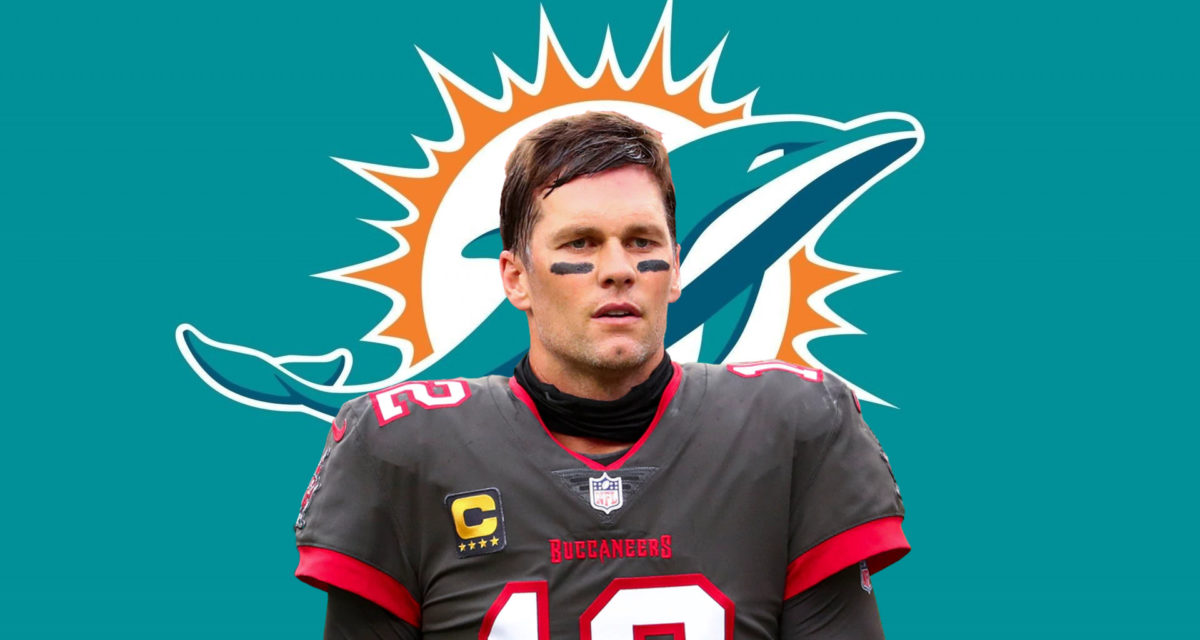 The extremely short-lived retirement of Tom Brady brought about much speculation, expert analysis, and for one bloke with more cash than luck, heartbreak. But contrary to the generally accepted assumption – plus all the memes about how TB12 had already grown bored of Giselle and the kids – that 40-day period away from NFL certainly wasn’t idle. In fact, it wasn’t even “away” from the world of football. At least not according to a fresh report from The Boston Globe.

As the Pulitzer Prize-winning publication has revealed through something of an investigation, Tom Brady had actually been provided with a “golden opportunity” by close friend and Miami Dolphins owner Stephen Ross. The initial plan was to take up a position high up in the Miami front office a la Derek Jeter and the Miami Marlins, before being introduced as a minority owner in the week leading up to Super Bowl LVI.

“Ross badly wanted Brady — in part to bring sizzle to the Dolphins, in part to stick it to the Patriots,” explains Ben Volin of The Boston Globe.

“For Brady, it was an opportunity to get into the business side of the NFL, with the goal of one day fronting his own ownership group.”

Volin asserts the Dolphins’ offer was simply Brady’s exit strategy from the Tampa Bay Buccaneers, which was apparently never his first choice, nor was he warming up to the operation thanks to then-head coach Bruce Arians.

“The retirement announcement wasn’t because of the trouble seeing eye to eye on the offensive game planning, but the relationship was souring,” former New England Patriots Rich Ohrnberger wrote on Twitter.

“Offensive coordinator Byron Leftwich and Brady would work on the week’s game plan. Arians would later come in and take the red pen to work they’d done. The QB and OC felt undermined, there was tension.”

While Tom Brady was still under contract with the Buccaneers as a player, nobody could stop him from becoming an executive. Once he made it to Miami – and once the team he abandoned found a replacement at quarterback – the Dolphins would have been well within their rights to approach the Buccaneers about trade compensation, thereby allowing Brady to un-retire and play quarterback for Miami under Sean Payton.

“Brady and Payton have had a relationship over 20 years in the NFL, and they share an agent in Don Yee. Brady was close to joining the Saints in 2020 before Drew Brees decided to return for another year,” elaborates Ben Volin.

“Per the league source, if Brady was going to run the Dolphins, he was going to do it only with a veteran coach that he trusted, such as Payton. Payton acknowledged when he resigned from the Saints [back in January] that he intended to coach again soon.”

So what went wrong?

On February 1st, just hours after Tom Brady announced his retirement, Brian Flores filed a lawsuit against the Miami Dolphins and the NFL, alleging racial discrimination in addition to accusing Stephen Ross of intentionally losing certain games and “tampering with a certain star quarterback.” Sources indicate the legal proceedings torpedoed everything in one swift motion.

“The plan to hire a white coach and a white team president without going through the Rooney Rule probably wouldn’t fly once the Dolphins were sued for racial discrimination.”

“Flores’s accusations of tanking and tampering put the issue of cellphones and discovery at play for Ross and Brady. The lawsuit simply brought too much heat to the situation, and Ross and Brady had to call off the arrangement.”

“With his plans with the Dolphins blown up, Brady was left with two choices: stay retired without knowing what he was going to do with his life or return to football.”

Returning to Tampa Bay, however, would require some housecleaning. As per Volin’s timeline…

“There is still one last piece of unresolved business: Brady’s contract. He is on the books for $10.4 million, plus $4.5 million in incentives. The Buccaneers surely will give him a raise. But if there are no extra years tacked on, then the Brady-to-Miami (or San Francisco) rumours will heat up again in 2023,” concludes Ben Volin.

“If Brady gets extra years, then we can safely assume that the Glazer family doesn’t want him to play in any other uniform. Either way, Brady will be back with the Bucs in 2022, gunning for an eighth Super Bowl ring, and becoming the first QB in NFL history to start a game at age 45.”