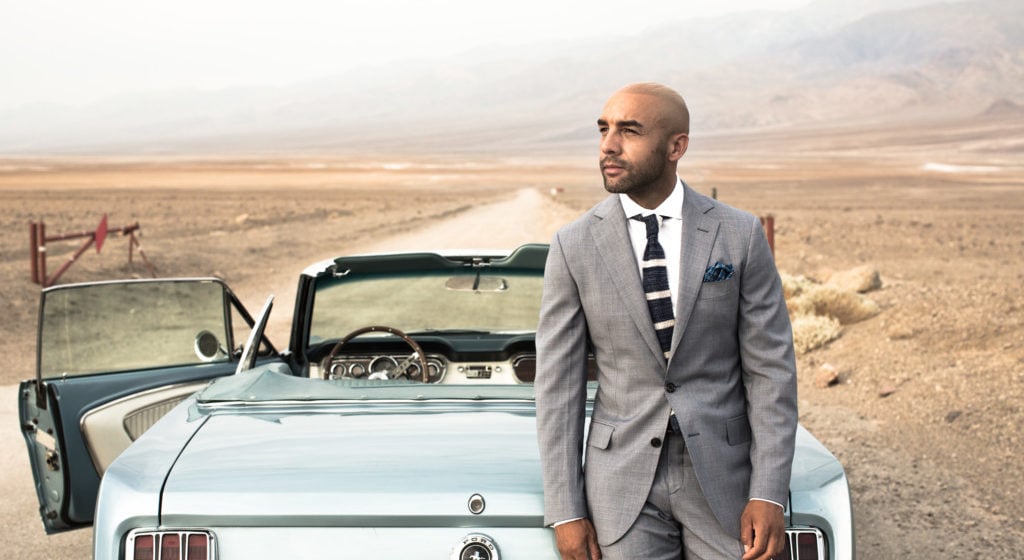 Even if you hate winter, you love it for one reason – style. It’s unfortunate, but with cooler temperatures the modern man has more room to move with his outerwear, layers, and colours.

Put simply, it’s easier to look good in winter. Or so they say.

This probably explains the anxiety behind the 93% of you that find it difficult to dress well in the heat. In response to your fears of perspiration and being uncomfortably hot during the summer months, two-thirds of Aussie blokes just ditch their suits altogether when it gets a bit much.

Why shy away from the challenge? You might think lowering your dress standards is acceptable if everybody does it – but we know you’re not everybody. You don’t need to bow down to the power of mother nature with the careful application of a cool wool suit.

Suits and summer don’t seem to fit together in the same sentence. I myself quite often ditched the jacket early on during spring carnival – despite knowing full well that I’m dropping my dress standards – based on the simple fact that it’s just too hot and cost benefit wise, I think I’ll look better for longer without it.

Merino cool wool is key here. Despite not being the cheapest option when selecting your fabric type, cool wool is an important investment. Then again, every suit should be an investment. Being a resident of one of the hottest countries on Earth, then, it seems sensible to make your next suit a cool one.

To see how much heat a cool wool suit could really take, our friends at M.J. Bale sent U.K. weatherman Alex Beresford to the hottest corners of the globe. Struggling to broadcast on some occasions as his mobile device consistently melted it was that hot – Alex completed a series of challenges and shared with the live audience his thoughts on the temperatures in his M.J. Bale suit.

Peaking at a ridiculous 48 degrees Celsius during his time in Death Valley, USA, the cool wool shielded him from the harsh heat when the mercury soared way beyond your average Aussie summer’s day. If Alex – and the suits – can survive that, cool wool suits can effortlessly get you through a long and hot working week in December.

We caught up with the man to decipher the phenomenon that is the cool wool suit.

We’ve tested the Sydney hot-box change room ourselves (set up in M.J. Bale’s Chifley Plaza store to mimic Alex’s real-time adventures) and it was of course very toasty. As it was only a replication, however, can you shed light on what 48 degrees in a cool wool suit really feels like?

There’s no way you can keep totally cool in 48C – the humidity is intense. However, I didn’t sweat anywhere near as much as you’d imagine in that heat. The suit acted like a barrier keeping me in a warm state rather than a dripping sweaty one.

You put it under the pump everywhere from Morocco to the USA, India to the UAE. Did any location bring the suit (or yourself) to breaking point? We noticed even the phones kept melting during your live broadcasts.

The heat didn’t make me lose my cool or my head and that’s surprising as my face was the only part of my body completely exposed to the blistering heat. I was constantly slapping on the factor 50 and the suit protected me from boiling up everywhere else I wasn’t covered up.

From a man who’s always impeccably dressed, perhaps you’d like to share your one essential style tip for how to look good when the world loses its cool.

When the temperature soars and you can’t avoid going out in the intense heat always think about your under layer of clothing, as more than likely you’ll be stripping down to the bare essentials. So it’s important to keep your style so you can still keep your cool.

Can you talk us through the impact of the shirt and tie on the breathability of the suit? Any personal preferences you can pass on to us Aussies gearing up for a scorching summer of suits ahead?

I always say there’s no such thing as the wrong weather, just the wrong clothes. Get it right and you can be comfortable which for me is really important for me, although I’m a man who loves his clothes. My top tip would be; if you’re going to go tie-less because of the heat, make sure you wear a shirt that looks good without a tie, perhaps a pattern that can lift your outfit, especially if your suit is rather plain. And when you lose your jacket for after work drinks a nicely fitted shirt will keep you on point! With this suit, you can keep all three on.

For a recap of Alex putting M.J. Bale’s cool wool suits to the ultimate trial, catch the clip below. 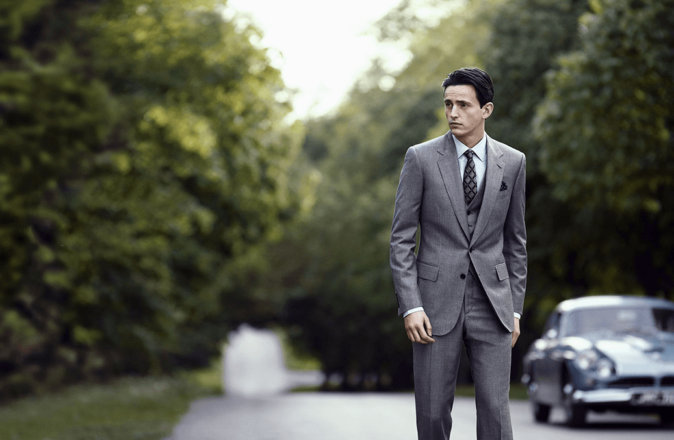 How To Dress: Lounge Suit