Pierce Brosnan’s Dad Style Game You Can Learn From 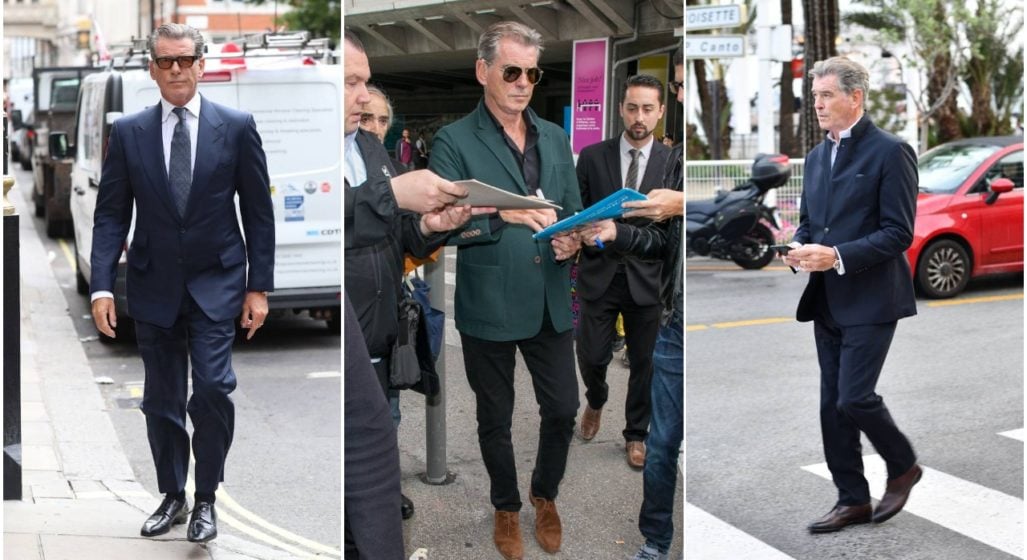 Few actors who have donned the secret agent tuxedo and quipped the famous taglines have aged as well as Pierce Brosnan.

The silver fox was never shy about his distaste for the abrupt end of his James Bond career, caught up in a whirlpool of typecasted roles ever since 2002’s Die Another Day.

One thing that’s definitely not as stagnant as his career is his evolution in style. Pushing a solid 65-years-of-age, the Irishman has stayed true to his laidback set play, delivering a clean but casual look – as well as class on tap when the situation demands it.

The boys over at D’Marge have done some digging on the man’s threads – from airport style to black tie staples reminiscent of his days carrying a Walther P99. A few notable standouts are the checkered blue blazer, the linen suit with a tie-free white shirt and the sharp blue suit with peak lapels. We think he like the colour blue, just a little, anyways.

The best part? What he’s still killing at such an age is easily executed at just about any stage in your life.

It’s safe to say the old fella’s still got it. Check out a selection of the Dad style mastery below.