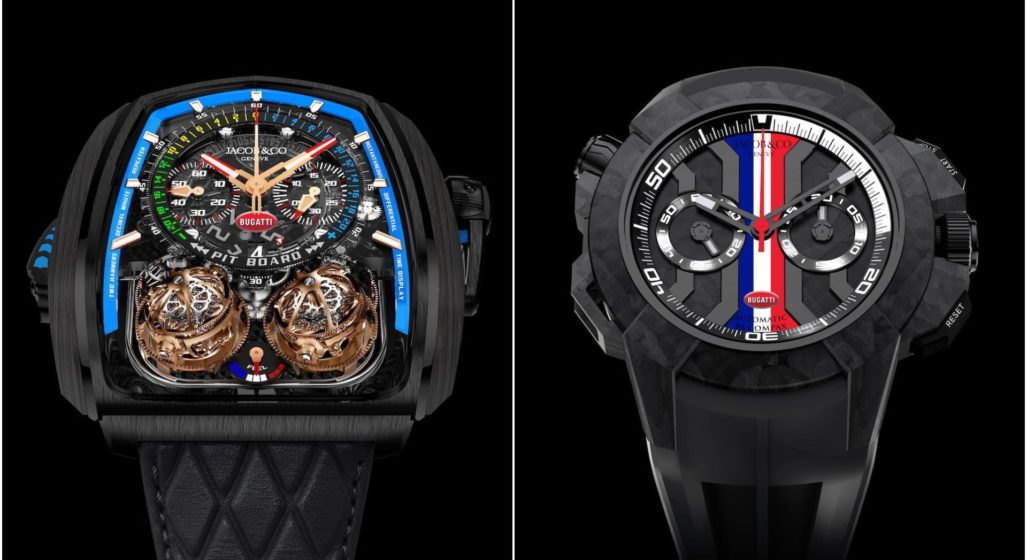 Now that we’re right in the thick of Baselworld 2019, the big guns are fully firing. And a Buggatti-inspired watch? That might just be the biggest gun of all.

Any watch with the word ‘furious’ in it is set to be at least a little interesting, aesthetically speaking. Look at the face of this piece and it’s pretty obvious where the vehicular influence comes into play with both the dial and the subdials mirroring their automotive counterparts. It’s hard to miss the gold accenting of the watch and turquoise colour surrounding the face makes for a pretty luxe package.

Toning the eccentricity down a tad is the Bugatti Chrono Edition Limitée 110 Ans which, as its name suggests, is celebrating 110 years of Bugatti excellence. The relatively safe Epic X Chromo has been chosen as the canvas for this intriguing tri-colour appearance. It’s a chronograph movement – specifically, the JCAA05. The Bugatti Chrono Edition Limitée 110 Ans will retail for a much more reasonable 36,000 Francs (roughly $50,800 AUD).