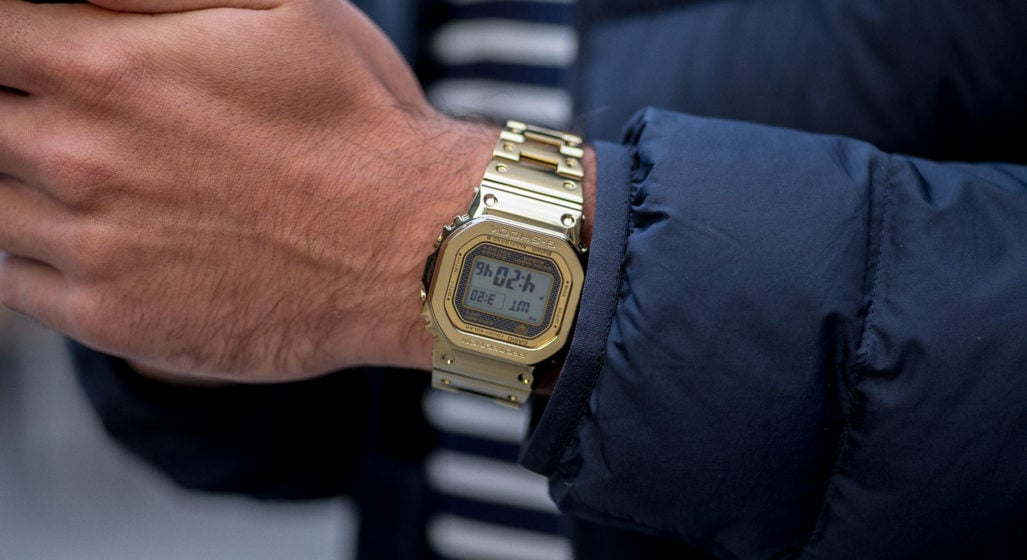 Somewhere in the midst of Baselworld, Casio dropped one of the most polarising watches of the year and potentially the decade. A timepiece that seemingly goes against everything the G-Shock name was built on, but in doing so takes it in an exciting new direction. The watch in question is the G-Shock Full Metal 5000 GMW-B5000TFG-9. A Franken offspring of the cult classic Casio Databank aka Calculator Watch and DW-5000 G-Shock, which first debuted in 1983. Is the case with almost every G-Shock, it rarely goes unnoticed. The gold, however, is another curveball entirely.

Casio has earned a reputation for making G-Shocks the most durable and reliable watches on earth which makes this iteration so fascinating – a beautiful irony of the brand’s core values that is so ostentatious and fun that it works.

For the first time in G-Shock history, the G-Shock Full Metal gets a case, bezel, case back and bracelet all rendered in solid stainless steel, utilising a thin layer of resin between the parts for durability. Other than the case back, the watch boasts a mirror-like ion plated gold coating covering every surface.

Measuring 43.2mm vertically, 49.3mm across, and 13mm thick, this isn’t a particularly large watch, though fear not, if you’re out to make a loud statement you’ll still achieve that objective.

At default settings, the face features the time (hours, minutes, seconds), the day of the week and one additional function of your choosing such as the date. We absolutely froth the familiar ‘brick’ pattern you’ll find around the edges of the display, which is actually the solar cells that allow the G-Shock to be self-sufficient.

While it is the brand’s 35th Anniversary, there’s no claim that this piece was unveiled to celebrate it, however, it is one of the rarest watches they’ve ever released, with punters paying upwards of $2000 on the aftermarket for the pleasure of ownership.

Following our short stint with the G-Shock Full Metal Gold, said to be one of the only in the country (if you’re having trouble finding one), we can’t help but enjoy its vibe. Yes, it’s gaudy, heavy and goes against everything the G-Shock name is about but it’s also a shit load of fun. There’s a childish joy about the watch itself and from wearing it that is unrivalled, and for those who enjoy some speculation, perhaps a middle finger to the greater swiss watch industry, as G-Shock try, and succeed at entering the luxury market.

The G-Shock Full Metal Gold is already sold out so you’ll be paying overs to get your hands on one, however, the Silver is still available. Head to G-Shock to read more about the watch. 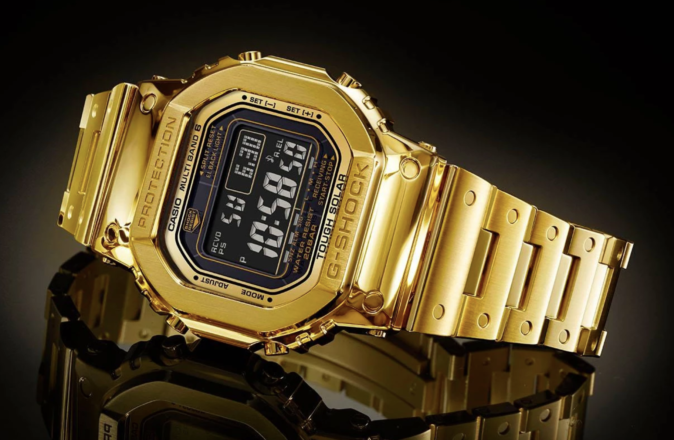 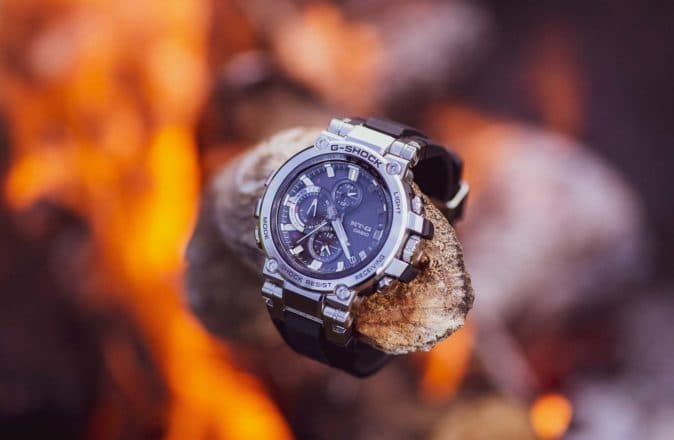 The G-Shock MTG-B1000 Is An Engineering Marvel 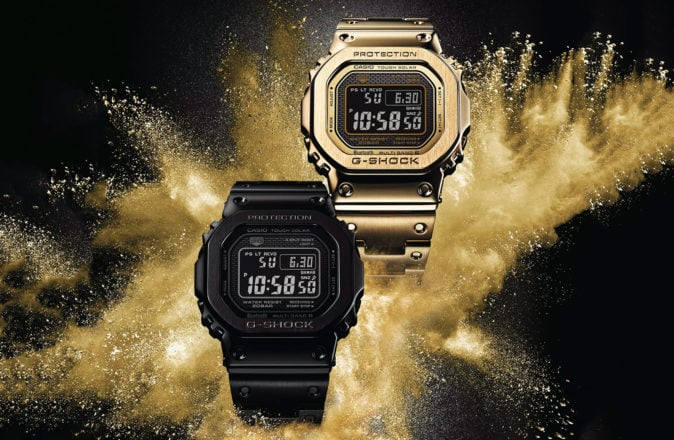