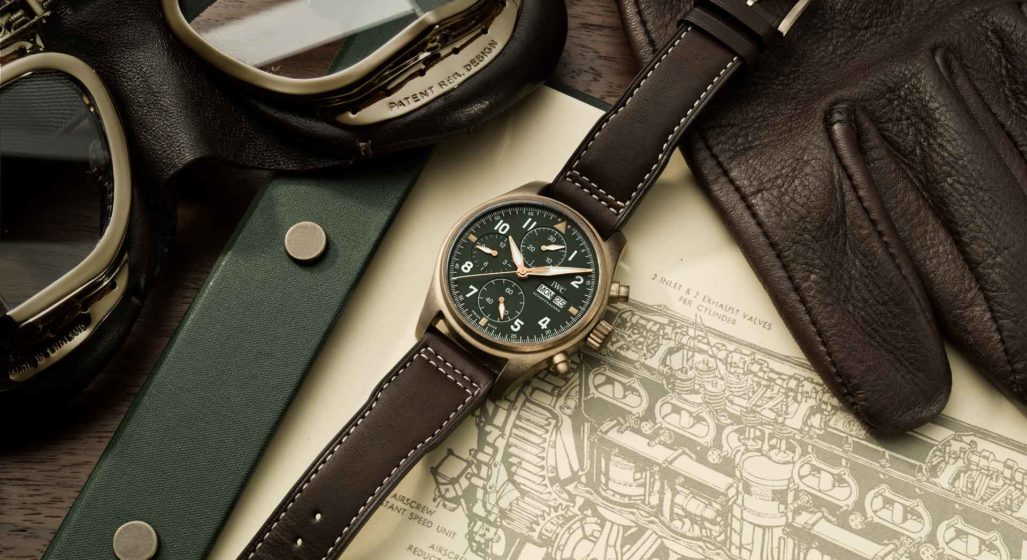 Ahead of the forthcoming Salon International de la Haute Horlogerie, which takes place in Geneva from 14th to 17th January 2019, IWC has unveiled a handful of new Pilots watches including new additions to the Spitfire line, now featuring IWC-manufactured calibres.

The backbone of the new Spitfire line is the Pilot’s Watch Chronograph Spitfire (ref. IW387902), the first Pilot’s Chronograph with a movement from the 69000 calibre family, which was first introduced in 2016, and a reduced case diameter of just 41mm and 46-hour power reserve.

Pilots and travellers alike will be drawn to the new Timezoner Spitfire Edition “The Longest Flight” (ref. IW395501) combining the patented Timezoner mechanism with an automatic IWC-manufactured movement, developed for pilots Steve Boultbee Brooks and Matt Jones to coincide with their flight around the world in a Spitfire and will be limited to just 250 watches.

The new TOP GUN line will see the use of an innovative new material called Ceratanium (developed by IWC) with the Double Chronograph TOP GUN Ceratanium (ref. IW371815) arriving, for the very first time, in completely jet black. The patented material is as lightweight and as tough as titanium while being as hard and scratch-resistant as ceramic.

The double chronograph has an integrated split-seconds hand mechanism for simultaneously measuring short periods of time. It is powered by the 79230 calibre with self-winding mechanism and boasts a power reserve of 44 hours.

IWC’s collaboration with the family of French aviator and author, Antoine de Saint-Exupéry continues to honour his most famous literary work “The Little Prince” in 2019. The Big Pilot  Constant-Force Tourbillon Edition “Le Petit Prince” (ref. IW590303), with its distinct blue dial is the first pilot’s watch from IWC to feature a constant-force tourbillon, available in a ‘hard gold’ (a special version of red gold) case and limited to just 10 watches.

We’ll be on deck at SIHH 2019 to check out IWC’s new releases first hand! 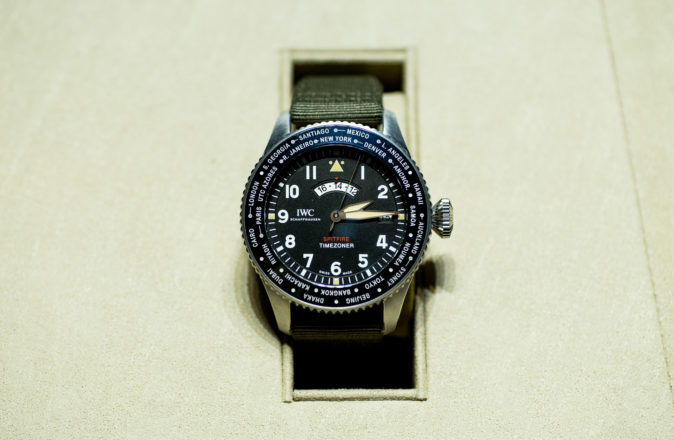 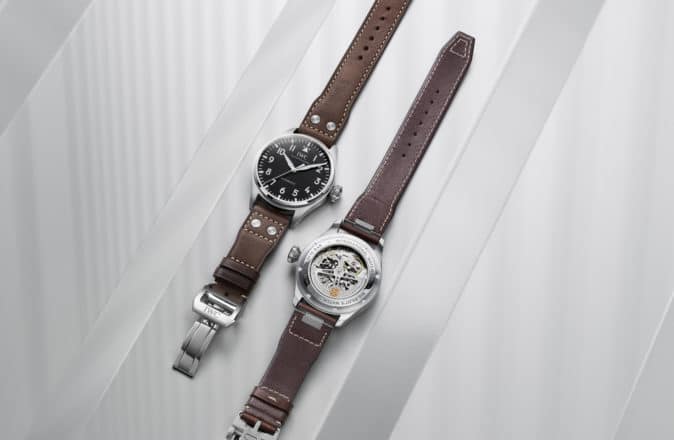 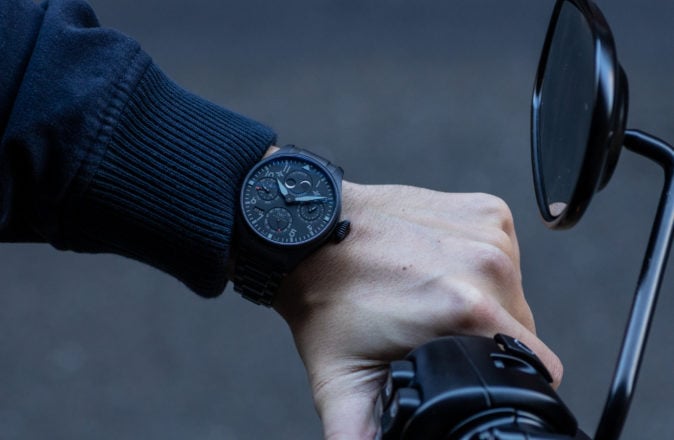