There are many types of watch collectors, all of which are archetypal of their prospective styles and tastes. There is the uncompromising traditionalist, who would sooner die that adorn their wrist with anything other than a Vintage Patek.

There is also the brand-loyal collector, who will buy anything, no matter how grotesque or underwhelming, as long as it has a generous helping of their chosen brand’s markings placed on it with gay abandon.

Most prominently, there is the average collector, often a sort of idiot savant, who exercises no real pattern or thought process to their watch purchasing. This being said, the average collector often has the most fun, uninterested in resale value or brand name, simply inspired by anything that ticks their boxes.

Omega’s newest addition to the classic Speedmaster line is designed solely for the latter; The Apollo 13 ‘Silver Snoopy’, created for the 45th anniversary of the Apollo 13. It is a distinct departure from previous limited production Omegas, as well as a vibrantly represented celebration of history.

It sports all of the classic hallmarks of the Speedmaster; finely polished and beveled lugs, a gloss black tachymetre bezel and a spear-shaped seconds hand. The distinctive white face is the first and most obvious indicator that this is no run-of-the-mill Omega.

Snoopy has taken a permanent residence on the top portion of the seconds sub-dial, dreaming of the poignant phrase “Failure is not an option”. This utterance was made famous by Ed Harris, whilst playing NASA Flight Director Gene Kranz in the 1995 film “Apollo 13”.

The other notable feature of the dial is the inclusion of “What could you do in 14 seconds?” which alludes to the mid-course correction preformed by Astronauts to re-enter the Earth’s atmosphere, which they timed with an Omega Speedmaster.

It might not appeal to people with more conservative tastes, but overall it is a well-executed tribute to an important timepiece, and it’s impact on history. 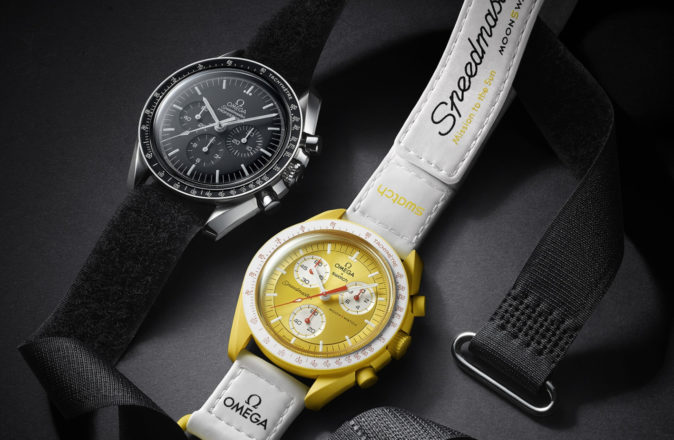 Omega Speedmaster Sales Skyrocket By 50% Thanks To MoonSwatch Hype 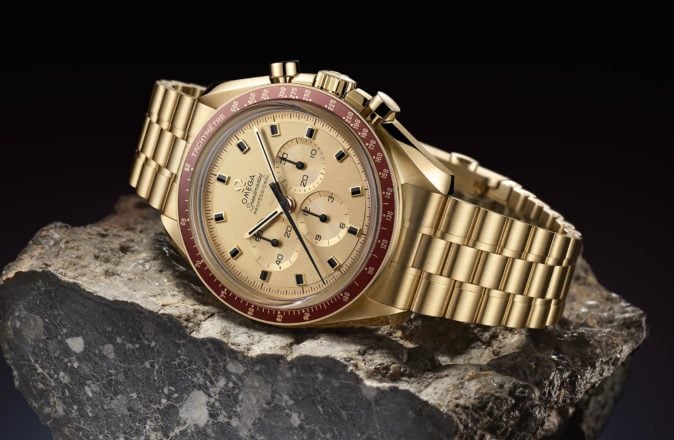