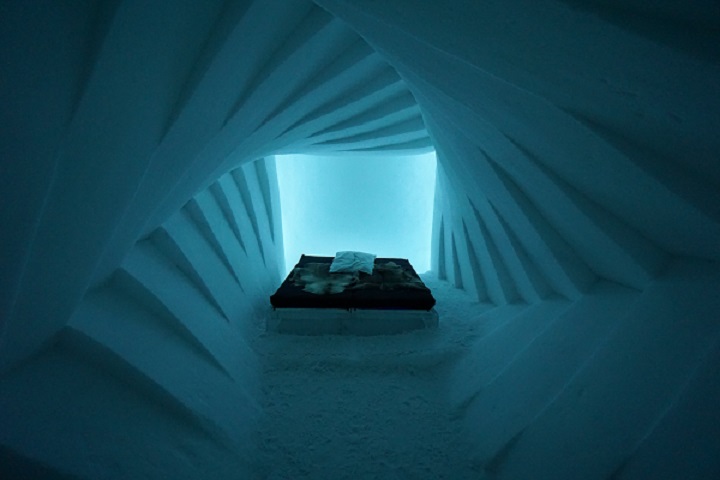 With rooms based on the interior of a clock, several preying tiger faces, the northern lights and a bar that emulates being inside a shaken up champagne bottle, Sweden’s ICEHOTEL is one hell of a place to spend a night (once hell freezes over). This winter, as for many years before it, 50,000 visitors will flock to this hotel come art gallery come engineering marvel to celebrate its 25th anniversary. For those brave enough, you can spend the night in one of the 16 unique art suites, one of two luxury suites or one of the more common Northern Lights rooms, sleeping on a bed of ice in -5˚. Don’t worry though, reindeer skins provide some insulation whilst your winter sleeping bag will protect you from the chill.

The ICEHOTEL was first built in the Swedish town of Jukkasjärvi, 20 minutes from Kiruna in the winter of 1989. The area was very popular in the summer months but come winter, tourists were as scarce as the sun during the polar night. The first ICEHOTEL was a simple igloo, built out on the frozen surface of the Törne River but this suffered issues with stability early. Over the years this simple concept has expanded and improved into the 65 room hotel located on the banks of the river present today. Every year in the summer it melts away, only to be rebuilt from scratch with brand new, never to be repeated designs by incredible artists from all over the world, some who have never seen snow let alone built with it before.

The main structure of the hotel is made of a material called snice – quite simply a combination of snow and ice that is stronger than both separately. This snice is blown out of snow fans over metallic arches and frames to create the rooms and corridors that comprise the ICEHOTEL. There is also roughly 1,000 tons of ice used, harvested the winter before and stored in a massive refrigerator over the summer. This ice is quite special due to the glasslike clarity of it, a trait that it owes to the optimal flow of the river. It’s not too fast that it kicks up a lot of silt, and not so slow that air bubbles occur in the ice. Once these main materials have been positioned in the right spots, the artists begin sculpting, carving and building the beautiful masterpieces that will adorn the rooms until it melts away in May.

Not only is there a hotel but there is also a church made of ice, where weddings and baptisms are a common occurrence. Last year, 70 couples tied the knot inside the walls of snice, with some brides bearing dresses not exactly designed for the Arctic. It is often a quick ceremony before the event is moved indoors and to some much need heating. I feel as though they did miss an opportunity however, to use iced holy water to make the holiest building in all the land.

If you come this far north into the Arctic, you certainly won’t be spending your entire time in a hotel. The ICEHOTEL has a wide range of activities for you to enjoy including icefishing, horseback riding, snowmobile and dog sled tours as well as photography tours so that you can capture the Northern Lights in their majesty. There is also culture and industry one can explore, with Lapland offering insights into the nomadic reindeer herders, the Sami and tours down the Kiruna iron ore mine, the largest underground iron mine in the world.

There are several other places where you can experience the ICEHOTEL’s wonderful designs, with them exporting ice to build Icebars in Stockholm and London. Here you can drink from an ice glass that is claimed to be cleaner than water (don’t ask me how) and take on the challenge of how many drinks you can have before the glass melts. This season’s current record is 23. Other companies have followed suit with the design of a bar created from ice but don’t carry the ICEHOTEL name. You may also come across some of the ICEHOTEL’s masterful craft in a commercial setting, with Chanel having commissioned an iceberg for a fashion show and BMW having a mini ICEHOTEL built in Cape Town for an advert.

If you happen to be venturing through Sweden during the winter time, I cannot recommend a quick visit to Lapland highly enough. Come view the current reiteration of the world famous ICEHOTEL, because that design will never, ever be seen again. 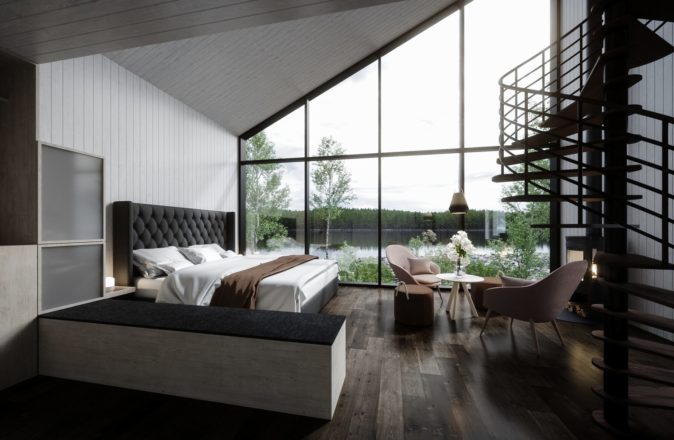 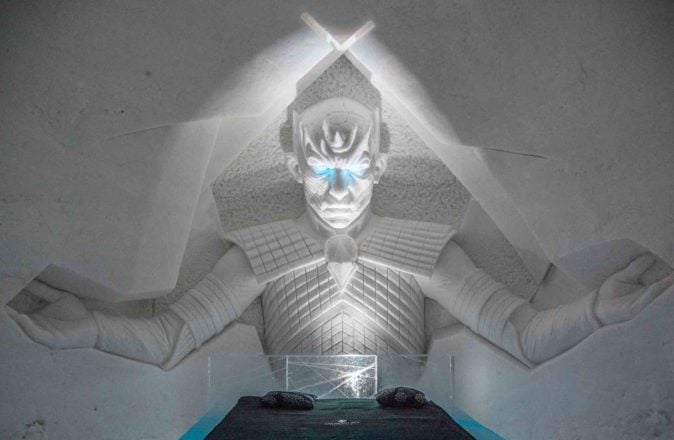 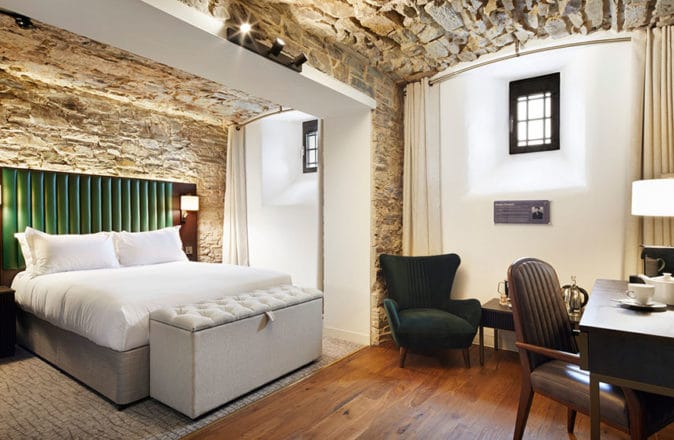