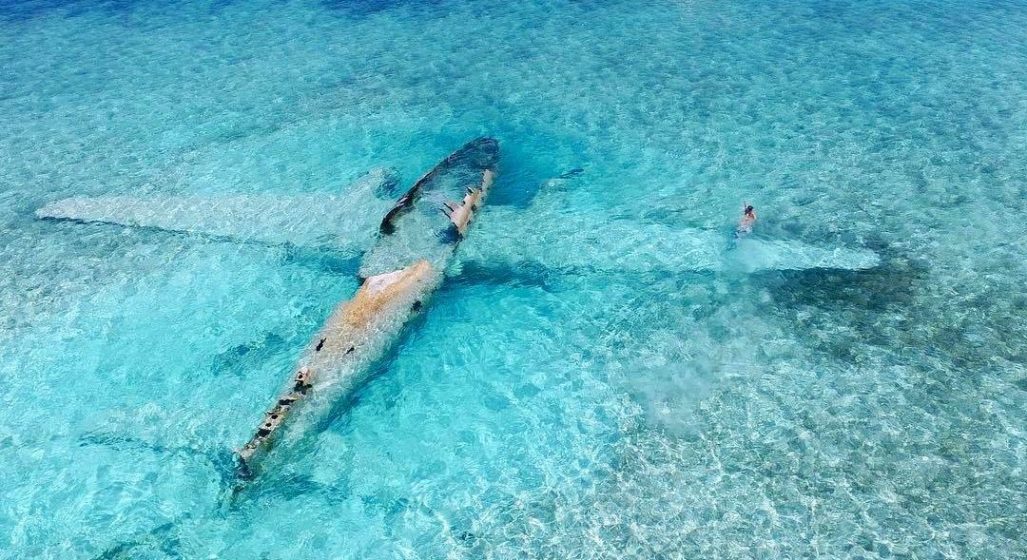 Just off Norman’s Cay, a quiet little island in the Exuma corner of The Bahamas lies a corroding reminder of paradise’s brief but sinister past.

Norman’s Cay is relatively inaccessible, nestled about as far away from anything significant as you can get. Just offshore, however, those who do manage to find a way to visit there will come across a sunken WWII-era military transport plane that was once flipped to fuel Pablo Escobar’s expanding cocaine trade to the USA.

In 1978 Pablo’s smuggling point man Carlos Lehder gradually began taking over Norman’s Cay from the locals by purchasing small portions of the island. Shortly after, Lehder hustled them out for a full-scale commandeering of the property with the guise of using it as a strategic point for drug runners to rest and refuel on their way to the United States from Colombia.

The drug kingpin erected a fortress protected by armed guards and surrounded by attack dogs after just a few months, most notably constructing a 1000m-long runway that even boasted radar to increase operational efficiency and keep an eye on security.

Carlos Toro, a friend of Lehder who was interviewed by FRONTLINE was once welcomed to Norman’s Cay during its heyday as a notorious island of the Medellín cartel.

I recall one of my first visits to the island… I went as a guest. And I remember, specifically, getting out of the airplane, the plane hasn’t even stopped taxiing on the runway, and this Land Rover pulls up, and who’s driving the Rover? A very beautiful naked woman is driving the Rover, and she’s going to welcome me. So when you open the door to the plane and you find this beautiful lady naked, you say, wow, this is the place to be.

Despite the mammoth operation underway on the island, all the bells and whistles couldn’t prevent a Curtiss C-46 Commando, registration N355BY, from landing well short of the runway in 1980. Finding its final resting place on a shallow sandbank, the smuggling plane was abandoned not before its cargo was hurriedly recovered. Currently, depending on tides, visitors can easily snorkel here with little effort.

Carlos Lehder’s Norman’s Cay activities ended in 1982 when the U.S. cracked down on the region and edged out the cartel with help from the Bahamian Government. His extradition in 1987 was one of the first dominos to trigger the fall of the Medellín Cartel after which the Cay was seized by the authorities.

There’s currently no commercial airline service to the island, which is open for tourists, but via charter flights only.