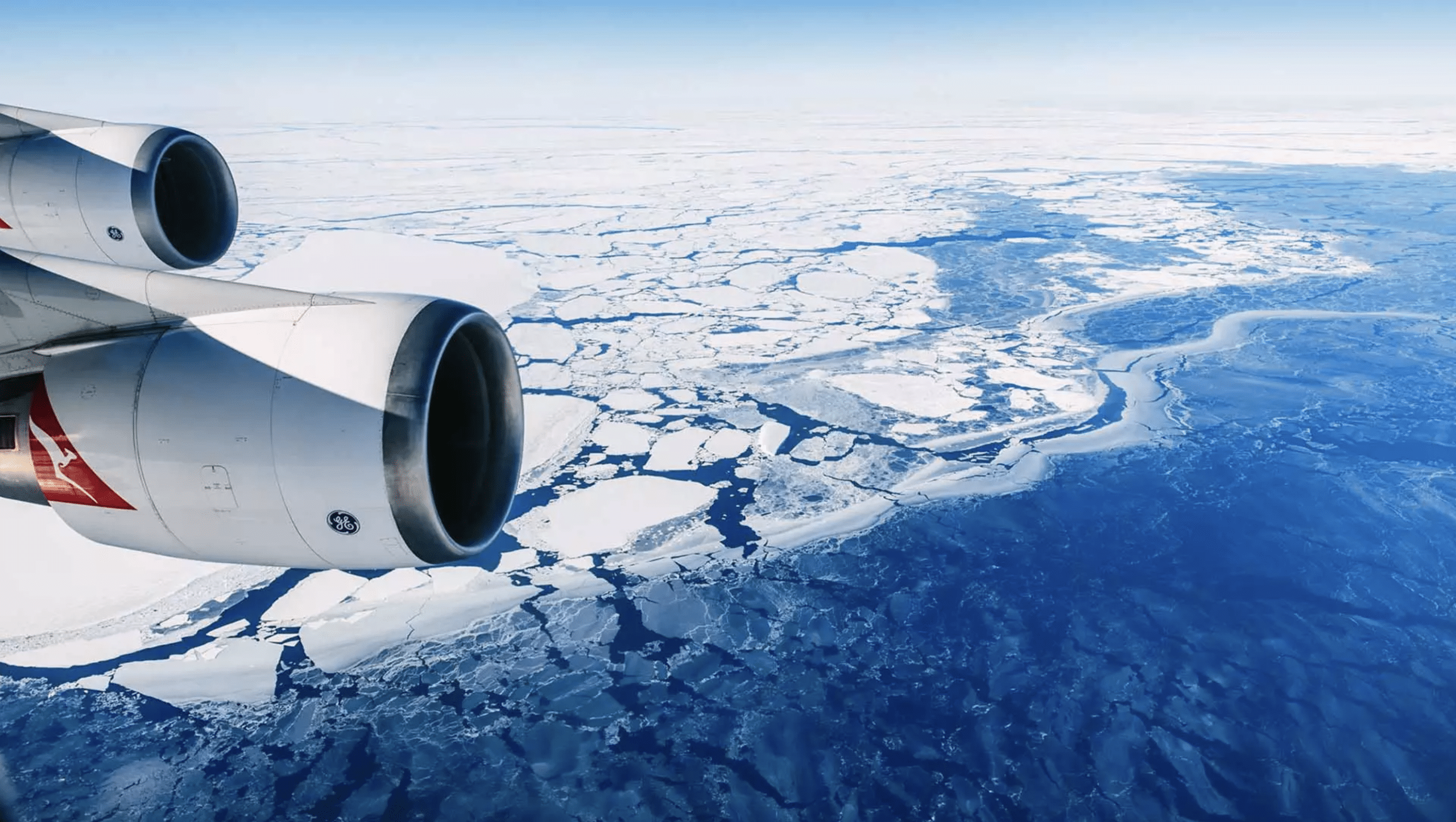 If someone had told me after returning from the doomed Melbourne Grand Prix in March that my next flight would be to Antarctica, I’d have laughed them off. Alas, there I found myself in the ghost town that was Sydney Airport early on a Sunday morning, about to board a flight with no tangible destination, but not without one hell of a scenic route.

Antarctica Flights, a subsidiary of the exclusive Captain’s Choice private jet group, have operated services over the frozen continent for the past 27 years. And while 2020 marked a special leap for the tour operator – upgrading from the Queen of the Skies to the 787-Dreamliner – it offered a unique proposition of its own. For most passengers, myself included, this charter flight out of Sydney would be the first time back in the air since the dawn of a bizarre, pandemic-induced travel era.

While the magic eight ball of the international travel question continues to be shaken on the daily, it looks as if the only certainty for air travel in 2021 is a flight over the majestic, ice-covered continent that is Antarctica.

Given these flights don’t take-off or land anywhere but Australia, they’re technically classed as domestic flights, meaning our 8 AM departure from Sydney’s T3 domestic terminal was without a passport in sight.

Charters offer the full-service Qantas long-haul experience (i.e., food & beverage included), although flyers aren’t eligible to earn Qantas points or rewards, just as they can’t use points to redeem seats on these services.

There are 19 approved flight plans over Antarctica, with each of them flying for roughly 4.5 hours directly south over the Southern Ocean before ‘first ice’ is sighted. This is followed by roughly 4 hours over the continent itself, then a similar 4-hour return journey home.

Ah yes, the question I fielded the most when asked about this experience. Who gets the proverbial golden ticket? The coveted window seat? Better yet – the window seat free of any obstruction from the 787’s wing?

You’re either on the window (or in the seat directly next to it) for the first half of the flight, and in the aircraft’s middle seats for the other half. Essentially, each person gets a guaranteed pole position for viewing Antarctica that lasts roughly 2-3 hours, before swapping to their second assigned seat. When seated anywhere aside from the window, flyers are encouraged to get up and move around the cabin to observe Antarctica using shared windows.

This year, flyers were able to enjoy the biggest windows of any passenger jet in the skies, the 787 Dreamliner, for maximum viewing.

On November 22nd, we were treated to a gorgeous bluebird day with uninterrupted horizons for hundreds of kilometres in every direction.

After listening to an insightful telephone call between the cockpit and the head of Australia’s Antarctica Casey Station via satellite, sea ice soon crept into view.

The captain explained that due to environmental restrictions, the lowest permissible altitude of the aircraft during our time over the continent was just a touch over 10,000 feet.

Incredibly enough, that didn’t even matter. Massive icefalls, incomprehensible glaciers and towering peaks quickly consumed the generous real estate awarded by each of the 787’s windows. Even at a height of a few kilometres above sea level, it seemed as if we were cruising almost at eye-level with some of the most unfathomable topography on the planet.

The most difficult sensory experience I tried to wrap my head around was Antarctica’s scale. I’ve since likened it to the first time I saw The Grand Canyon as a child – a true sense of scale is just impossible without any artificial features to use as a guide.

Antarctica wasn’t privileged to any manmade structures at all. No cars, no buildings, no people.

This meant that the enormous plains and monstrous glaciers were even more surreal than expected. Huge chunks of ice that clung to the sides of cliffs could have been as big as cars or buildings. I simply couldn’t grasp the sheer size of anything, which made the visual trickery all the more daunting, yet similarly spectacular.

Our flight made contact with Antarctica over Cape Adair, flew through a surprisingly mountainous coastal region (I had naively assumed that most of Antarctica would be relatively flat), and then conducted a series of figure-eights over the Ross ice shelf and its dramatic glaciers before pointing the nose towards home and leaving the pristine white-out behind.

You’ve been sold, now which class should you choose?

If you aren’t likely to ever set foot on Antarctica itself, this is pretty much the next best thing. Not only is it a hell of a lot cheaper, but it’s also incredibly more convenient.

If money doesn’t mean as much to you as time and luxury might do (and you’re missing the thrill of flying as much as the rest of us), then look no further – Business Class is your ticket of choice. I was personally seated in Premium Economy, which, on the new Qantas 787, is an impeccable product and a fantastic middle ground for those torn between the pointy end and cattle class.

It’s also worth noting, that even though I had hesitations about being over the wing for the duration of the flight, the aircraft twists and turns over the landscape so often that your field of view isn’t hindered anywhere near as much as you might expect. In fact, it’s hardly noticeable at all.

If you haven’t watched it already, check out the BH Daily video at the top of this article for a visual walkthrough of the Antarctica Flights experience, and head to their website below to browse 2021 trip dates.