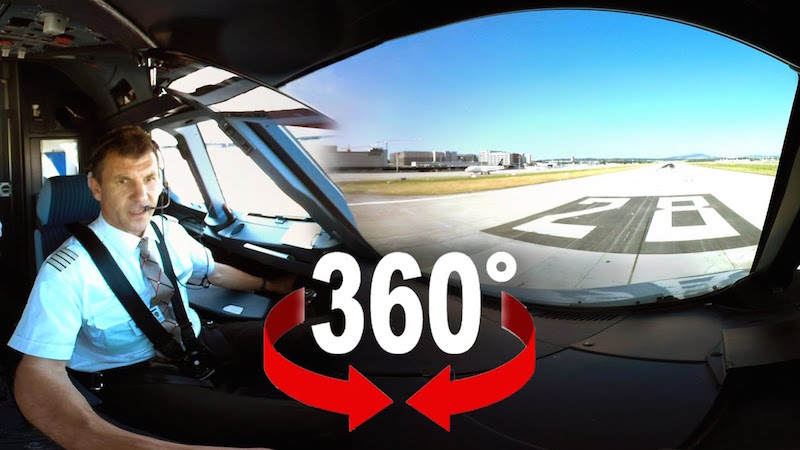 As a kid one of the best parts flying was being able to visit the cockpit during the flight; unfortunately events like 9/11 quickly put a halt to such shenanigans and now we must sit aimlessly staring at the back of the seat in front of us until the journey comes to an end.

What we do know is that there’s a lot happening up the pointy end of the plane, but unless you’re a pilot, friends with a pilot, or are a bit of an aviation geek you’ve probably never had a fly on the wall view of the action. Until now.

Produced on a SWISS flight last month between Zurich and Geneva, this amazing five minute YouTube video gives you a 360° look at everything that happens on the flight deck of an Airbus A320. Almost as impressive as what you’re seeing in the pan feature of the YouTube video which gives you full control over what you’re seeing, so enjoy looking out the window over the Swiss alps and then back to the captain as he makes an announcement.