Hawaii is the undisputed capital of modern surfing. The group of Pacific islands gets swell from all directions, so there are plenty of pristine surf spots for all types of surfers. Beginners, as well as advanced riders can surf almost all 365 days of the year.

The sport has played an integral part in the development and identity of the islands, and its roots can be traced back to around the 4th century AD, when the rich tradition of surfing flourished and the best beaches and surfboards were reserved for Hawaiian royalty. Wave riding was popularised in a modern sense by native Hawaiian and supreme waterman Duke Kahanamoku, who on a visit to southern California en route to the 1912 Summer Olympics in Stockholm held several surfing demonstrations on now famous SoCal beaches, piquing huge growth in the sport on the US Mainland. After winning Olympic gold in the 100-metre freestyle in Stockholm, Kahanamoku toured the world becoming a Hollywood favourite and spreading his love of the sport globally. His efforts have since earned him a giant statue on Waikiki Beach and the ubiquitous title of ‘The Father of Surfing.’

Duke’s surfing legacy lives on throughout the world, but no place more so than Hawaii. The US State is broken up into eight main islands, but the most popular Hawaiian surf spots are located on the four biggest: The Big Island (Hawaii), The Valley Isle (Maui), The Garden Isle (Kauai) and in The Gathering Place (Oahu).

Oahu is the proverbial heartbeat of surfing in Hawaii. The island’s North Shore is the place to catch the perfect wave, although finding it may depend on your skill level. Here you will find Banzai Pipeline, Sunset Beach and Haleiwa Beach Park all within a 20-minute drive of each other. They are some of the best-known surf spots in the world, with Banzai playing host to WSL’s annual Pipe Masters. Regardless of whether you’re getting in the water or not, a stop here is essential on any Hawaiian itinerary. Parking can be found directly adjacent Sunset Beach Elementary School (the alma mater of 2016 WSL world champ and all-round legend John John Florence) on Kamehameha Highway, where you’ll find yourself only footsteps from the North Shore’s exclusive surf houses.

If the first three are too packed, a good alternative is Backdoor, also known for its “rights on the other side of Pipeline.” Oahu’s North Shore is constantly testing your skills here, and you can expect quick drops, tough locals and a sharp shallow reef, so be warned. Big waves are also seen down on the point at Waimea Bay, one of the most recognised surf breaks in the world of wave riding. Sandy Beach is a beautiful spot too while Canoes is also great for beginners, but not exactly perfect for relaxed surfing as it’s usually packed. Beyond these, learning to surf—or teaching others— is best found at either White Plains Beach or the ever-famous but notoriously packed Waikiki Beach (although don’t hold your breath on decent swells).

The Big Island is a great surf destination for those wanting to learn how to surf. Pine Trees is a picturesque break just south of Nelha and is best ridden on the incoming mid-tide, but note that you’ll need a four wheel drive vehicle to access the beach here. The Kohala Lighthouse is also a high on the list as its suitable for all surfing levels, but watch out for the rocks at low tide.

Kauai has produced some of the best surfers in the world, so there’s no doubt it’s a great option on any Hawaiian surf safari. Hanalei Bay offers the best conditions on the island. It’s consistent, beautiful, and offers surf for all skill levels while also being maybe the only wave on Kauai that you’re allowed to mention in a public arena. Lucky for us, it’s a great wave, a peeling right point that works on most winter swell directions. Beyond Hanalei Bay, Kalapaki Beach and Shipwreck Beach should be checked out, though at your own pace as locals can be an issue.

Maui is the windiest of the Hawaiian islands, making it also one of the best windsurfing and kitesurfing spots in the world, handy if there swells aren’t up to scratch. When swell and wind match their best qualities, the results are breathtaking. Peahi/Jaws pumps one of the most dangerous waves on the planet, making it not for the faint of heart. Additionally, the break isn’t easily accessible, giving you a perfect excuse to watch locals go big from the beach. Hookipa BeachPark, situated between Haiku and Paia, is Maui’s most consistent wave, and happens to double as one of the best windsurfing spots in the world. All the various peaks can be seen from the bluff along the famous Hana Highway heading east from Paia, though be warned as some breaks here can be extremely hierarchical. 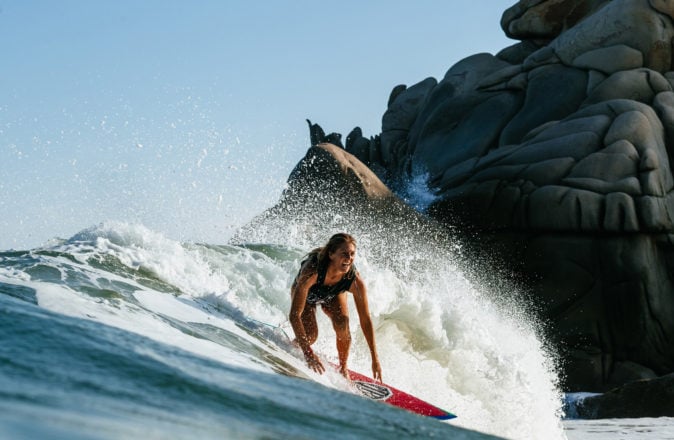 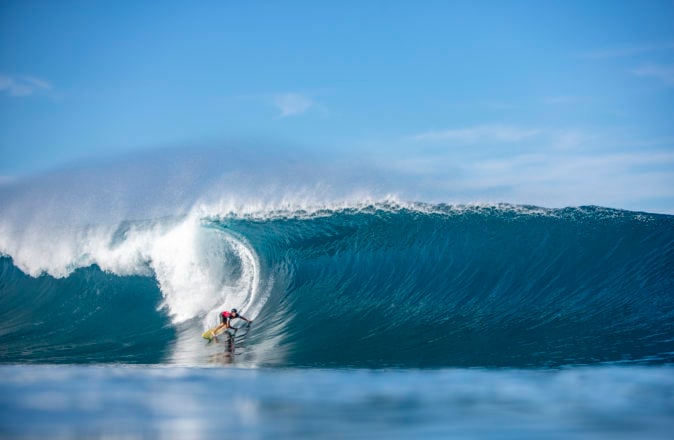