Kagaya Bar In Tokyo Is An Unhinged One-Man Show 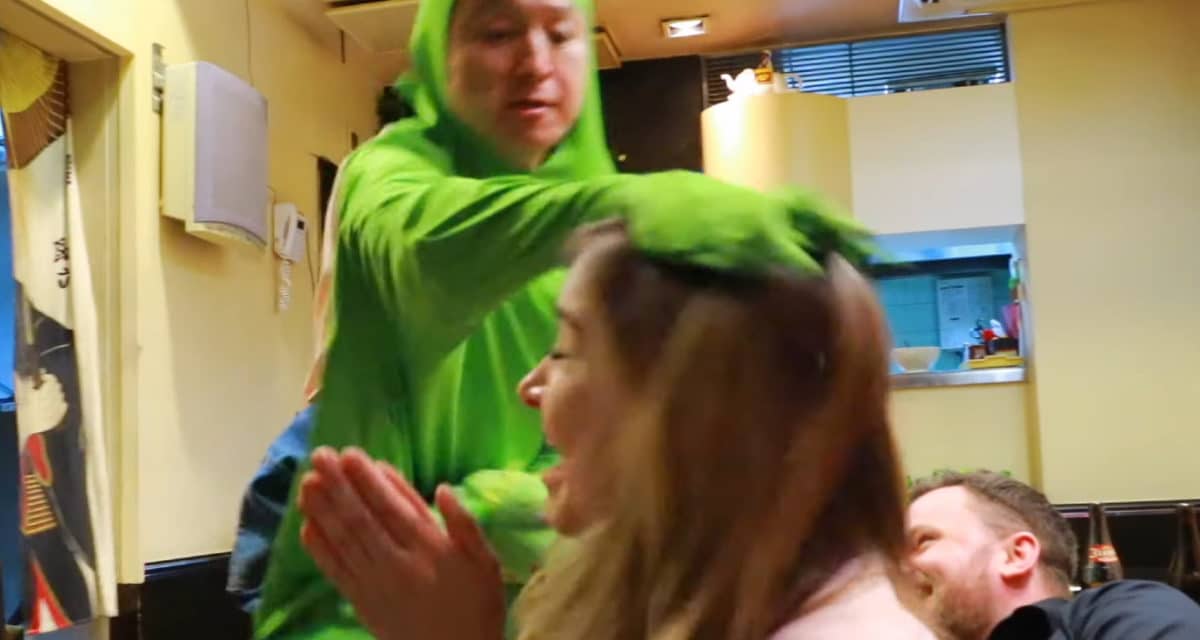 Did you know that Japan once had a game show called Man Eats Spaghetti In A Dryer where blokes would attempt to down an entire bowl of pasta while being tumbled around like they were a pair of wet socks? Or how about the variety show where one segment featured two teams playing a round of soccer, except with binoculars strapped to each player’s face?

To say there’s a culture of zaniness in Japan would be an understatement. A single night trawling through the kinetic capital of Tokyo alone would be enough to show you why “Only in Japan” is such a common phrase – often spoken with a mix of bemusement and strangely enough, admiration. Because between all the hyperproductive studiousness, stubborn reverence for etiquette, and infectious love of high-quality food, there’s a bizarre and unique sense of humour; one I suspect has been shaped significantly by Japan’s inescapable Kawaii culture (the borderline unhealthy love of cute things).

Outside of those wacky game shows, I think I’ve found somewhere in Japan where this penchant for absurdity has hit its peak. That “somewhere” just so happens to be an unassuming izakaya (informal Japanese bar) by the name of Kagaya.

Hidden beneath the rowdy late-night playground and hospitality battleground of Shinbashi, not far from the affluence of Ginza and the relentless peace of Hama-rikyu Gardens, Kagaya sinks to the same level of obscurity that often signals Tokyo’s most memorable experiences. Well-travelled bloggers, expats, and locals alike seem to be the only ones who know of its existence, and the tiny six-table space is – like many places in the massive city – almost impossible to book.

The mileage required to actually end up sitting on the tatami flooring with roughly 20 other nervously excited patrons is deftly rewarded by one of the most entertaining, confusing, and downright unforgettable nights out in Tokyo. Aside from an elderly woman quietly tinkering away in an open kitchen, this particular izakaya is a one-man show – steered by the commanding presence of Mark Kagaya: the sole bartender who looks to be in his late 40s or early 50s and, as rumour has it, used to be an actor. Which would make sense, given the izakaya runs almost entirely on his improvisation, often delivered in equal parts disturbing and hilarious.

Consider it the Japanese version of The Eric Andre Show (even though it vastly predates the absurdist talk show), with “Mark” impressively testing his guests throughout their bookings, switching between calm and hospitable server delivering you all the high-quality drinks and home-style Japanese food you could ever want… and unhinged entertainer mimicking handjobs and cunnilingus, aggressively gyrating in your face, running around screaming in a frog costume, and salsa dancing like Diego Maradonna after diving nose-first into some Bolivian marching powder. Oh, and in case I forgot the mention it, the entire bar is populated by dancing toys and drum-clapping monkey dolls.

Kagaya is clearly not for the easily offended, though “Mark” obviously takes an individual guest’s reactions to his antics into consideration, constantly reading the room. On my visit, he had all the permission he needed to constantly take things to the next level, getting more explicit in his performance as he would run up to others in his oversized frog costume, grabbing their heads, and thrusting at their ears with his “frog penis”. It’s definitely the only (public) bar in the world where a staff member could do the things he does without being flooded with self-righteous one-star Google reviews.

His performances are tied to various menu choices in a choose-your-own-adventure style for guests, with each given a crayon-drawn menu listing several countries and drinks. Each guest picks a country (like France or Brazil) and a drink. France, for example, seemingly leads to that aforementioned frog costume.

It’s a wild ride from there, and the fewer spoilers the better. Just know that when borders do open up, and Tokyo is back on the menu for keen travellers, Kagaya should be at the very top of the list for those looking for something even more insane than the famed Robot Restaurant or that Blade Runner-esque small bar precinct known as Golden Gai.

Like most hard-to-book places in Tokyo, the best way to make a reservation is through a hotel concierge (a few days prior to visiting) or hiring someone on Airtasker. And I’d suggest not telling any travel companions what they’re in for – “Mark” seems to dial it up even more if he suspects someone is caught off-guard.