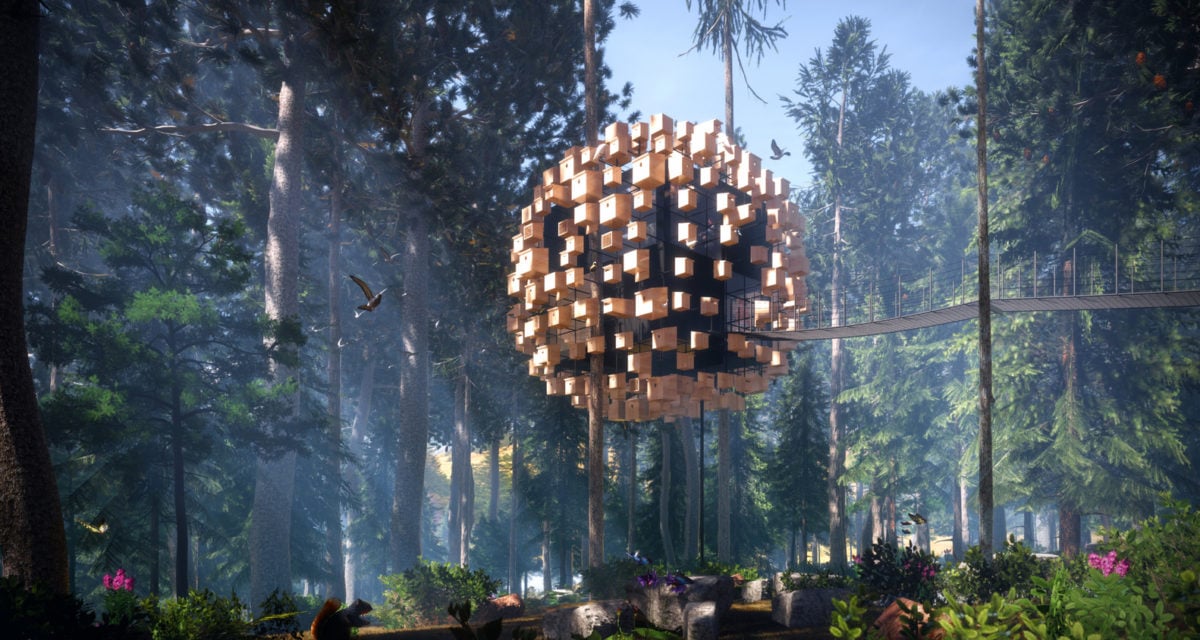 Some of the world’s most coveted hotels and resorts are steeped in remote environments, with the desire to bring guests closer to nature through a seamless blend of hospitality, design and sustainability. Rarely does the brief work in reverse, but then again, multidisciplinary Danish architecture studio Bjarke Ingels Group (BIG) has a demonstratable history of thinking far outside of the box. For one of the studio’s latest projects, an idiosyncratic hotel room for Sweden’s famed Treehotel, design brings nature closer to guests in a lively, profound way… by wrapping a suspended suite in a shell of reflective glass and no less than 350 protruding birdhouses.

The Treehotel, which was founded in 2010 by couple Kent and Britta Lindvall, was built as a conceptual link to the surrounding forest in Swedish Lapland. The property is located about 70 minutes from Luleå airport, just by the quaint town of Harads. Travellers from around the world often visit during the winter season given the Arctic Circle is an easy day trip, and ice fishing in the nearby Lule River is a short walk from bed. On a clear night, the Northern Lights can be seen from the Treehotel’s several treehouses – all of which are vastly different, with each having its own concept curated by a different Scandinavian designer.

The Treehotel’s suspended rooms range from the plybox Mirrorcube, accessible by a 21-metre-long bridge and completely camouflaged by reflective glass, to the ghostlike UFO that comes with a retractable ladder. This new one, dubbed the Biosphere, draws its main point of distinction from those aforementioned birdhouses. They vary in size according to bird type, coaxing the surrounding bird communities to take up permanent residence while guests cosy up inside the 34-square-meter suite.

Those staying in the suite can wake up to the greatest natural symphony in the world, given the birdhouses will accommodate birds of many sizes from common redstarts and grey-headed chickadees through the Western jackdaws. BIG has even included a few houses for bees and bats, making the Biosphere a magnet for nature and allowing guests to watch all the action through clear reflective glass.

The dynamic hums of winged creatures won’t be the only view. Guests can also head on up to the room’s rooftop terrace, which boasts an imposing 360-degree vista across the treetops and beyond, making it one of the property’s prime positions for watching the Northern Lights for those visiting during the season.

To create the Biosphere for the Treehotel Sweden, BIG worked closely with ornithologist Ulf Ӧhman who explained in a press release that the suite plays a far more important role than just providing guests with an incredibly unique stay in the forest. Referencing forestry and climate change, Ohman writes that several local bird populations have been left without their natural homes

“Forestry has led to a reduced number of natural holes in trees where breeding bird nests. The installation of bird nests is there an important measure to take,” said Ohman.

“Furthermore, climate change leads to the insect boom happening earlier in the year, and by the time the birds’ eggs hatch, the boom has already passed. Feeding is an important support mechanism for the birds that stay in Northern Sweden and require food during winter.”

Anyone staying at the Treehotel has access to the property’s full amenities, including homecooked meals, various snowmobiles and snowshoes, two saunas and a hot tub, and Swedish massages. There’s even a zip line on-site and various other activities including moose safaris and dog-sledding.

A night in the Biosphere at the Treehotel in Sweden will set you back 12,000 SEK (~AU$1,694) for two guests including breakfast. 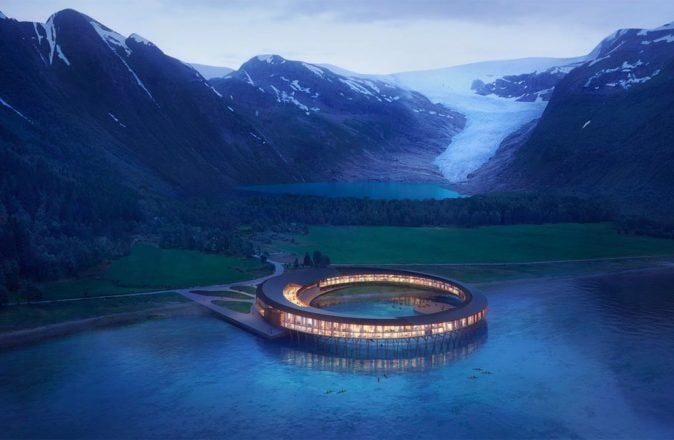 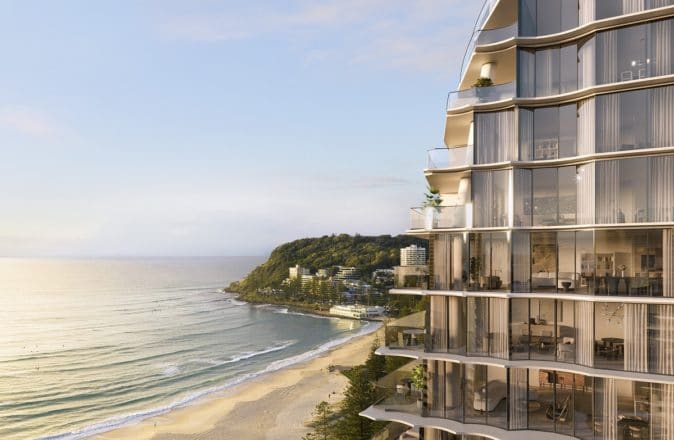 The Gold Coast Is Getting A Mondrian Hotel In 2023