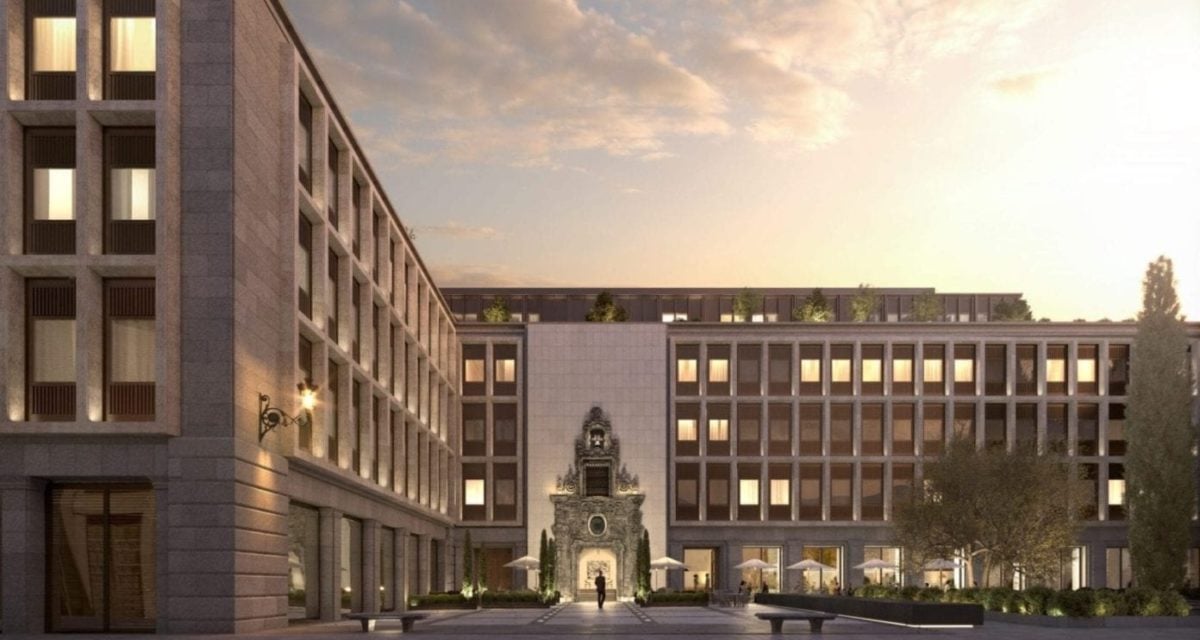 It’s been a lifetime since legendary Studio 54 co-founder and co-owner Ian Schrager peeled off into the hotel game to open Morgans New York in 1927. With that property, a rarity at the time, he pioneered the very idea of a boutique hotel and went on to change the face of the industry. The now inescapable concept of a hotel being a “home away from home” and more of a lifestyle precinct unto itself than just a spot for nice accommodation in a foreign city is credited to this man. Needless to say, when he opens a new property, the industry pays close attention. This month, the ever-watchful eye lands on Schrager’s newest five-star property in Madrid, adding to the city’s recent joyride of luxury hotel openings with the 200-room Madrid Edition.

Along with emblematic hotel brands like Four Seasons and Rosewood, Madrid has been a bit of a hot spot for the hotel world as of late. Edition Madrid will continue that trend when the hotel opens doors to the public this month, unveiling an extensive selection of rooms and suites with many featuring private terraces. The hotel should mirror the same upscale approach as Barcelona Edition, which opened four years ago and has since been referenced as one of the city’s best new hotels.

Two restaurants will feature across the property, both led by award-winning chefs with Diego Munoz spearheading the adventurous Oroya on the fourth-floor rooftop, and Enrique Olvera helming Jerónimo in the lobby. The former will be anchored by Peruvian flavours but have enough scope to include influences from Spain, Africa, Italy, China, and Japan, while Olvera’s kitchen will lean more on Mexico with nuances pulled from around the world.

Oroya sounds like it could be the more premium of the two, located on the rooftop right next to what’s being touted as Madrid’s biggest rooftop pool. Unmatched views of the capital are being promised, which should make this the hotel’s most popular public area for anyone wanting to sprawl across one of 60 sunbeds and 10 cabanas.

Schrager has certainly secured the best location possible for the new luxury hotel. The property is located at Plaza de Celenque in the neighbourhood of Sol with walking-distance access to Royal Theatre, Royal Palace, and Plaza Mayor, as well as Grand Via and Madrid’s Broadway. Clearly, there’s a lot to admire from that rooftop.

RELATED: Aman New York Will Finally Open In May After Covid Delays

Originally designed by noted Spanish architect Pedro de Ribera, the building in which the hotel stands is as intensely satisfying as the surrounding structures. It’s been finessed by British architect John Pawson and Paris-based designer Francois Champsaur for an elevated modern aesthetic that should help distinguish the hotel’s facade. From the photos alone, it looks like Pawson’s brief has been bang-on.

“Every time I visit Madrid, I am conscious of the cultural intensity of the city. It has a particular energy and a strong sense of place,” said Pawson.

“With the Madrid Edition, I wanted to make somewhere with an equal but different intensity – calm spaces to withdraw to, but also an environment charged with its own life and identity.”

Although it’s not clear exactly what the specific space will be called, Edition Madrid will also have its own entertainment venue situated on the hotel’s lower ground level due to open later this year. Reportedly, this will be the go-to spot for after-hours events, elevated by a sense of theatre and glamour that’s echoed by gold polished walls and a backlit onyx bar with a leather base. Whether or not it’ll become the Spanish revival of Studio 54 remains to be seen, but the right man is behind it should the hotel want the reputation.

Other amenities include a new iteration of Edition’s quintessential Lobby Bar, a fully-kitted gym, and a wellness centre using products from luxury Spanish brand Natura Bissé.

Edition Hotels is a Marriott International brand, so all the associated benefits should apply to members of the hotel group’s Marriott Bonvoy rewards program. Edition also has upcoming hotels planned for Rome, Reykjavik, Tampa, Doha, Mexico, and Dubai, as well as its second property in Tokyo.