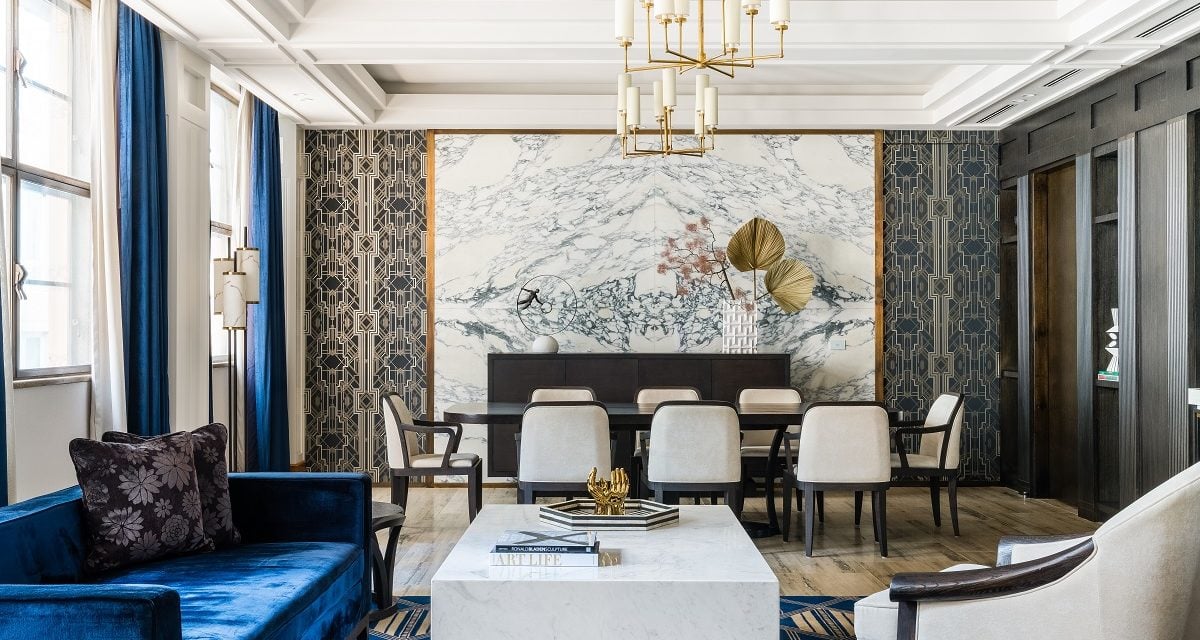 Powered by the grand art deco aesthetics of 399 Pitt Street, Kimpton Margot Sydney has finally opened doors to the public. InterContinental Hotels Group’s boutique luxury hotel chain has long been one of the most sought after in cities like Edinburgh, Chicago, and San Francisco, but this is the very first time the five-star Kimpton brand has landed on Australian soil.

Standing on the corner of Pitt and Bathurst Streets in Sydney CBD, the 172-room hotel is a coup for global investment firm Pro-Invest Group, which purchased the former Primus Hotel from Greenland Australia early last year for a reported sum of $132 million. Within a year, the newly released photos present a hotel that looks significantly more upscale than the designer Primus Hotel, which opened in the building in 2015 and was most renowned for its glammed-up rooftop bar and pool, Level Seven.

Rather than just settle on Kimpton Sydney as a name, “Margot” has been thrown in the middle as a tribute to the women who played a leading role in Australia’s design scene in the 1930s. And celebrating design seems to be the theme here, maximising the building’s heritage features from the Scagliola pillared lobby to the various bold patterns, plush furnishings and botanical displays used to contrast with the polished walls.

Each of the 172 rooms and suites has been treated with a similar sense of style, with plenty of wall art celebrating international and local artists, as well as contrasting dark and bright furnishings. Most of them have both bathtubs and showers, while all feature various luxury amenities such as Mr. Smith bathroom products. In total, 600 pieces of art have been installed across the hotel’s nine floors, including a mezzanine art gallery that should add another strong layer of classicism to the property.

The hotel’s pinnacle offering is the Celebrity Suite, offering 160-square-metres of space with a walk-in wardrobe and butler’s kitchen.

Given Kimpton’s history as the world’s first boutique hotel and restaurant brand, food and drink should also be a major part of the guest experience. Luke Mangan has been tapped to head the offering with the eponymous Luke’s Kitchen, attached to the hotel’s lobby with an open kitchen a menu that tracks Asian, European and modern Australian accents. The opening menu features options like Tasmanian wild-caught spanner crab salad, Beluga caviar served with sour cream and chives, and substantials like Brooklyn Valley sirloin with lime, chilli, and burnt leaks, as well as the signature two-day dry-aged Wollemi duck served in an Indonesian curry with crispy skin and coconut sauce.

Given Mangan’s fine work at nearby Hilton Sydney, helming the hotel’s popular Glass Brasserie, there’s little doubt Luke’s Kitchen will keep up with Kimpton’s standards. The eatery is complemented by a curated wine program, conceived as ‘Cellar by Luke,’ which is separate from the making dining room and focuses on pairings with a daily-changing menu surrounded by walls of Australian and international wines.

The 1930s-style Wilmot Bar will also be set amid the lobby, holding its own when it comes to design with plush velvet lounges and a menu of signature cocktails served up alongside all the usual classics. But of course, it’ll be the rooftop bar that should have the broader appeal here, reviving what made Primus Hotel such a popular spot for after-work drinks.

Replacing the idea of the classic Executive Lounge is a Soul Hour, which will take place every day for hotel guests from 5 pm. During this hour, complimentary drinks will be made available across Kimpton’s various public areas, encompassing Australia wines, G&Ts made with Four Pillars and Wilmot Bar’s signature cocktail.

Other amenities hotel guests can expect to include complimentary yoga mats and accessories, with classes available via a tablet in each room, mindfulness classes, and free-to-use Lekker bikes. Kimpton’s also known for being a dog-friendly brand, and the Sydney outpost will be no exception. 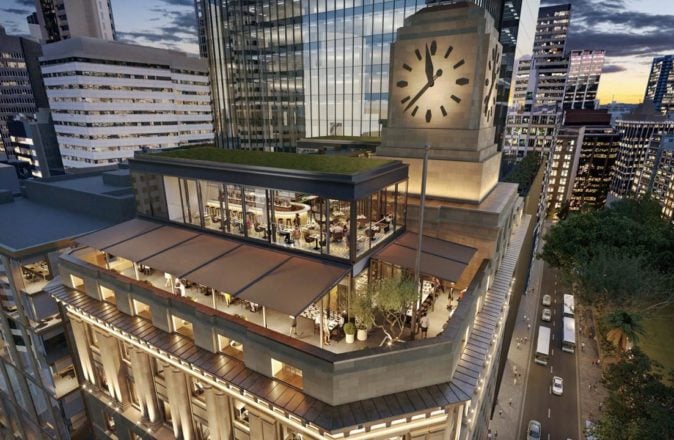