Sydney’s Luxury Floating Villa, Lilypad, Has Been Rebuilt With A Sauna & Wine Cellar 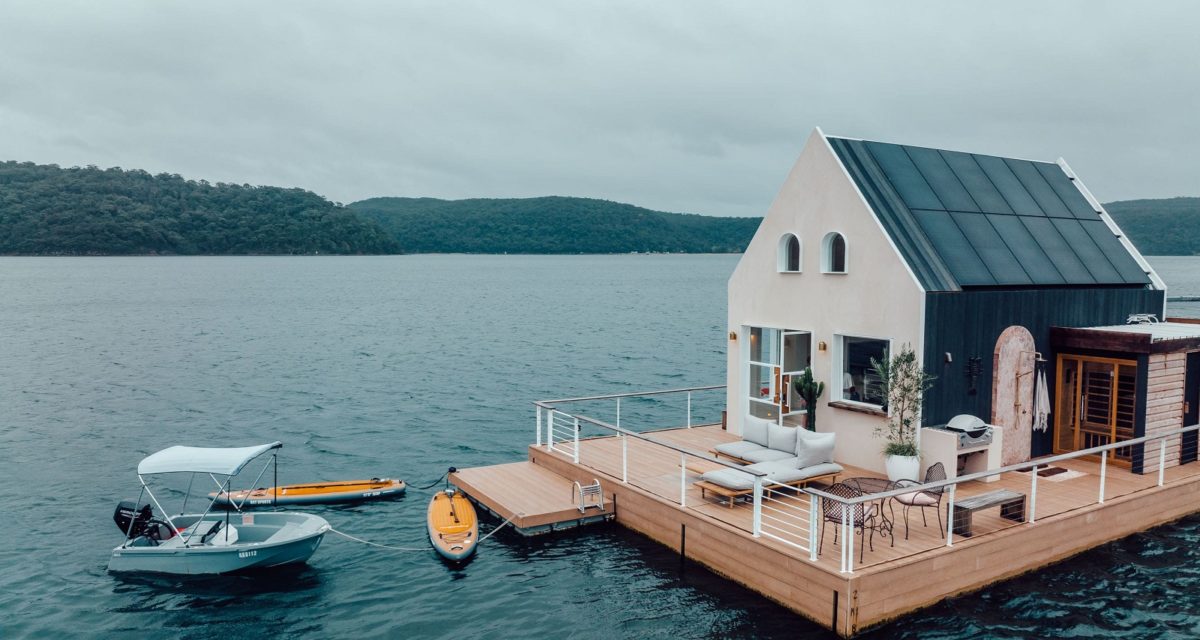 Over a year after the first iteration was destroyed in an accidental fire, luxury floating villa ‘Lilypad,’ located in Sydney’s Palm Beach, has been restored with owner and designer Chuck Anderson doubling down on providing a premium experience. Now with a solar-powered onboard sauna and private wine cellar, the new-look Lilypad Sydney is poised to be one of the most romantic getaways for those who want to leave Sydney without having to travel very far.

The unique Northern Beaches first opened in 2019 and remained incredibly popular until a wildfire lit the whole thing up in September of 2020. Two guests were renting Lilypad at the time – fortunately, no one was injured, but they had to leap into the water, of course.

The rebuild has given Anderson a chance to rethink his whole approach to Lilypad, switching things up by drawing inspiration from the earthy palettes of Spanish and Mediterranean coastal villas.

The luxe homestay, accessible by boat or seaplane, now features a more open design that seamlessly connects each of the spaces, from the fully equipped modern kitchen and king bedroom to that slick new private wine cellar which features, amongst other labels, Veuve Clicquot, Las Vino, and Glenmorangie whisky. Similar to Lilypad 1.0, the living space of Lilypad II opens right up onto the generously-sized deck where guests can take in the breezy lifestyle of Pittwater Bay.

The complete walk-on, walk-off service is still very much in-tact with the kind of no-expenses-spared level of on-water luxury that Lilypad II is designed towards. And from the photos released this week, it’s looking Anderson has used the blank-slate approach to elevate the offering, from the Roman tiled outdoor shower to the Mediterranean-inspired interior with limewash rendered walls and terracotta accents set against creamy linens and natural materials.

Considering the larger space, Lilypad II can now be used as an event venue to host a group of up to 18 people standing, or 12 people if sitting down for an intimate lunch.

The Scandi-style of pre-fire Lilypad has been replaced with Hacienda hues; earthy tones and natural finishes to complement custom-made furniture crafted to remain consistent with a natural lime-plaster aesthetic. Space has apparently been used more wisely this time, leaving room for that aforementioned sauna which has direct water access and of course those sparkling ocean views.

Lilypad II runs entirely off solar power and has been specifically engineered with stillness in mind, with Anderson claiming that it can remain still while still working with the natural movements of the surrounding water.

Amenities included in a booking at Lilypad include meals with a private chef on request, Champagne on arrival, and a private tender boat for use during the stay so guests can head to land and back. Guests can also fork out a bit extra if they want to arrive to Lilypad in style with Sydney Seaplanes.

Paddleboards, fishing rods, and access to onboard massages are also included, nicely capping an already attractive accommodation option for Sydneysiders and visitors. Wi-Fi and Netflix are also included, and we assume you’ll also be able to access all the other streaming services.

Bookings for the new Lilypad are available for 1 to 5-night stays, with accommodation packages starting from $1,950 per night. The pad sleeps just 2 people but guests can have their mates come on board within certain hours.

Single-night stays are available from April to September on weekdays only. If you want to book outside of those months, or on a weekend, then you’re looking at a two-night stay minimum.

Where is Lilypad in Sydney?

Lilypad is a full-service luxury floating villa that is located in the waters of Palm Beach, Sydney.

How much does a night at Lilypad cost?

Lilypad is available for single-night bookings only between April and September and only on weekdays. Outside of that, Lilypad is only available for a two-night minimum stay with accommodation packages starting from $1,950 per night.

How do I get to Lilypad in Sydney?

Lilypad in Palm Beach can be reached either by boat or by Sydney Seaplane.

Sydney’s Stunning Floating Villa Is Now Open To The Public 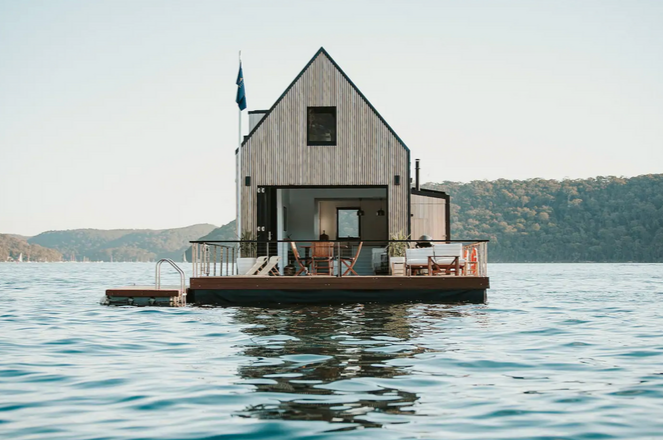 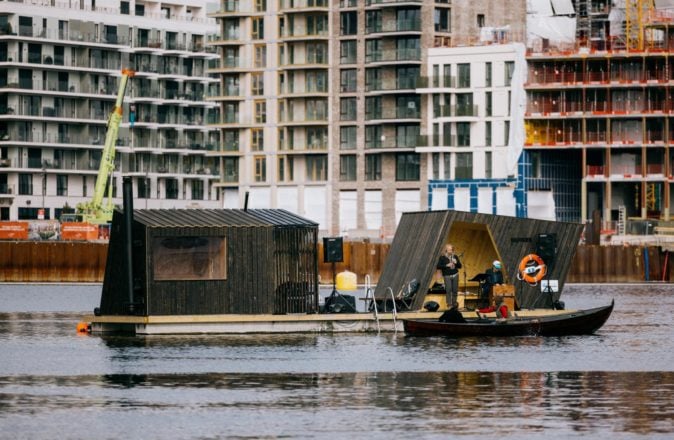