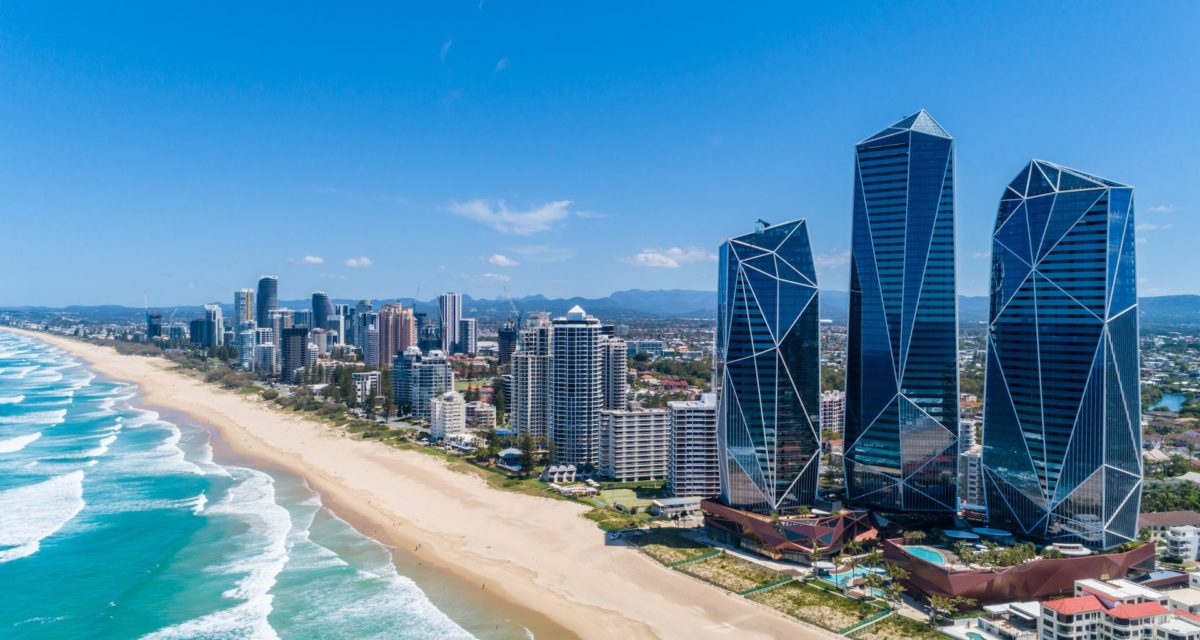 Although the hospitality industry, much like every other facet of travel, has suffered dramatically in the past few years, 2022 has brought an aggressive wave of new hotel openings in Australia. This is especially true in the space of premium accommodation, with plenty of tempting new properties opening from NSW (QT Newcastle, Ace Hotel) and VIC (voco Melbourne Central) to this – a brand new expression from the ritzy Langham Hospitality Group. While the group already have a sizable Australian presence thanks to The Langham Sydney and The Langham Melbourne, June has seen the long-awaited opening of The Langham Gold Coast, the first Goldie hotel to be built with direct beach access in 30 years.

Developed by AW Holding Group, the $1.4 billion Jewel project has been in the works for close to eight years (originally scheduled to open back in 2018). Now, it’s finally welcoming bookings with a grand opening ceremony that took place on June 23rd. Langham Hospitality Group’s Gold Coast location will add no less than 339 rooms, suites, and residences to the Goldie, all of which will be located in the tallest of the Jewel Residences towers that loom over the halfway point between Surfers Paradise and Broadbeach. With direct access to that famously long stretch of sand, The Langham operates both the hotel and the Jewel Residences, which are fast becoming known as the city’s most anticipated luxury address.

There are 169 rooms and suites on the third and 20th floors for hotel guests, after which 170 residences are be dotted from the 22nd to 49th floors.

If you’ve seen the Gold Coast’s skyline lately, you’ll know which building it is. Sticking out like a sore thumb, the trio of sparkling towers looks like a groundswell of quartz crystals rising up as if it was ripped from Dubai and transplanted to South-East Queensland. Given the five star hotel is located in the tallest of these towers, The Langham Gold Coast needs to offer a lot to live up to the visual punch of its exterior.

Given The Langham’s reputation as one of the best-regarded luxury hotel brands in the world this new Gold Coast hotel should be a fascinating expression for the brand considering this is its first-ever beachfront property. According to a press release previewing the new hotel, The Langham Gold Coast will be approached as a “new luxury resort experience through The Langham lens.”

The sheer size of the hotel manages 17 different types of rooms and suites, either looking out to the ocean or the hinterland. Reportedly, all of them will feature the same modern coastal palette, mirrored by the grand lobby which – much like the rooms – features artwork by internationally renowned Australian sculptor and artist Camie Lyons.

Amenities will rope in the expected common areas like a pool bar and a wide range of upmarket food and drink options, including an afternoon tea space called Palm Court – a tradition that dates back to The Langham London.

When 2022 is done and dusted, more dining spaces will open in the Langham Gold Coast, including the brand’s signature Cantonese restaurant T’ang Court and open-air bar Coral Moon. Anyone familiar with the brand will also gravitate towards the Chuan Spa which draws most of its treatments from traditional Chinese medicine.

Although guests will have easy access to the beach, the resort pool is sounding like a big win for the hotel and should rank among Australia’s best hotel pools when it opens. In addition to the aforementioned swim-up pool bar, the sizable swimming hole will have a sand lagoon-style entrance and an infinity-edge overlooking the Pacific Ocean.

Business travellers should also be well taken care of, seeing as the hotel will have a 7,000-square-foot ballroom and four meeting rooms and spaces for events. 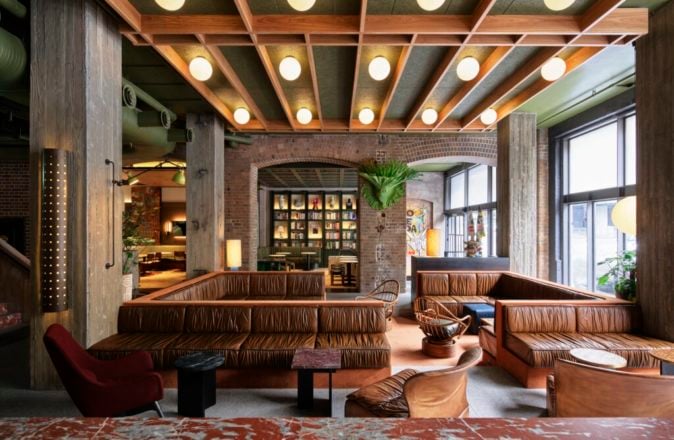