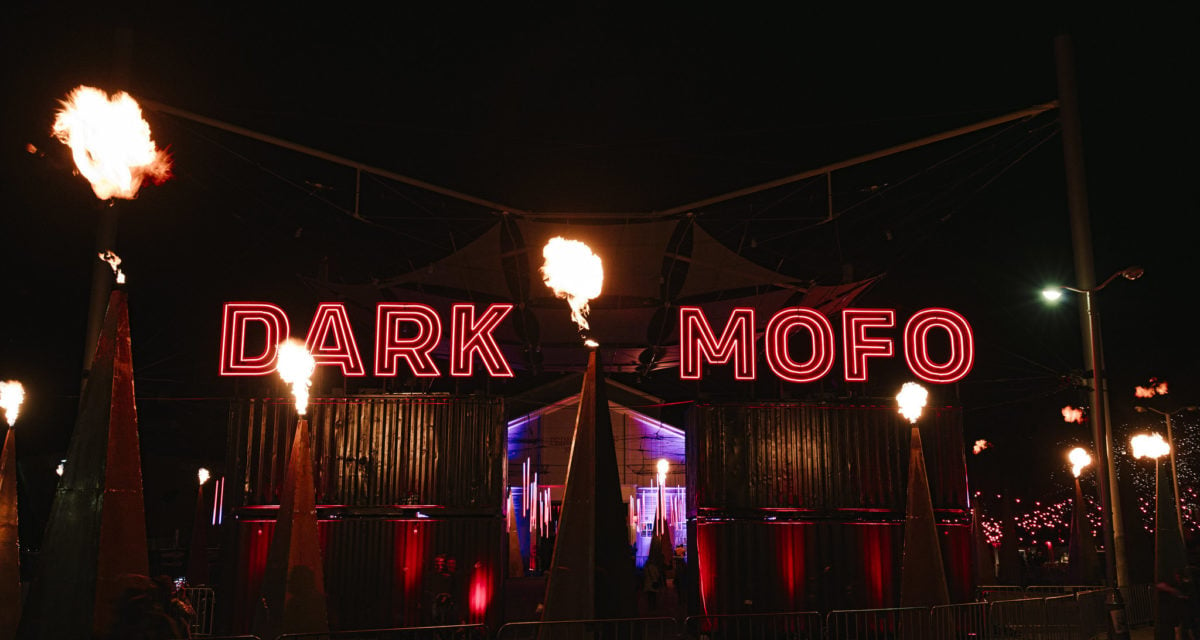 UPDATE [11/04/2022]: As expected, just two months out from staging their big two-week comeback, the organisers behind Dark Mofo have revealed an incredibly strange, deliciously dark and very busy 2022 program across avant-garde art performances, live music and the emblematic Winter Feast.

The full line-up for Dark Mofo 2022 will, oddly enough, be headlined by a performance from Sydney-born global superstar The Kid LAROI, representing what is easily the decidedly non-mainstream festival’s most mainstream choice to date.

Although it makes sense. Dark Mofo may be criticised by the experimental festival’s more narrow-minded loyalists for making such a commercial move but it may prove necessary for the future viability of the beloved event. Fans of Dark Mofo – a group I’m most enthusiastically a part of – want this incredibly unique event to be around for as long as possible, after all, so having LAROI on the bill should hopefully help the festival slide back into the green after a shaky few years of controversy and a potential feature on the communal firing squad line-up better known as cancel culture.

Besides, there is more than enough on the line-up that is better aligned with what we’ve come to “expect” from the famously subversive arts program.

Other standout names for the music side of the 2022 Dark Mofo line up include:

Don’t recognise any of those names? Don’t worry, your music taste is still cool. The best known of that bunch would be legendary Icelandic singer Jonsi, whose ethereal work as the frontman of post-rock band Sigur Ros has been known to make grown men weep. Instead of singing classics like “Starálfur” and “Festival,” Jonsi will be performing an immersive audio-visual experience themed around the recent eruption of the Fagradalsfjall volcano in Iceland. Needless to say, don’t show up sober.

RELATED: The 21 Best Restaurants Hobart Has To Offer Discerning Foodies

Aside from the already-announced Nils Frahm, compositions will be a big play for Dark Mofo this year. Robert Aiki Aubrey Love (formerly of doom metal band OM) will be performing his score of last year’s Candyman remake, while Icelandic artist Hildur Guðnadóttir will be presenting her haunted work from the HBO miniseries Chernobyl. Neither being at Dark Mofo makes any sense, but then again this is usually the kind of bread-and-butter curation that Creative Director Leigh Carmichael likes to sink his teeth into.

For the full program head to the Dark Mofo website. And it’ll be best to make your decisions as soon as possible, given most of the big ticketed events are either close to selling out or have already had their current ticket allocation exhausted.

Though it may have felt like Dark Mofo had downsized for good at last year’s edition of the acclaimed Tasmanian winter festival, today it has been announced that the event will return to its two-week format for 2022. Kicking off on June 8th and wrapping up on June 22nd, Dark Mofo 2022 is pulling together quite nicely, with an initial program featuring some big names in the music world such as German composer Nils Frahm, Sonic Youth alumn Kim Gordon, and veteran UK space rockers Spiritualized, alongside the usual signature events like Winter Feast and the more recently introduced Night Mass: Transcendence.

Given the 2021 dates for Dark Mofo were June 16th to the 22nd, stretching only one week, this return to normalcy for David Walsh’s famously eccentric and frequently controversial music and arts festival is going to be welcome news for the tens of thousands of Aussies – and now international visitors – who head down each year.

The news is especially welcome since doubt surrounded Dark Mofo’s future last year, with a diminished seven-day event not only struggling through calls for a boycott to the festival and its Creative Director Leigh Carmichael but also coinciding with a hard lockdown for Melbourne. Typically, interstate visitors would make up 65% of all tickets sales for Dark Mofo, and around 80% of those would be solely Melbourne visitors. As such, 2021 wasn’t exactly a profitable year for the festival, although it would have still generated big bucks for the local economy.

Needless to say, despite its controversial history, Dark Mofo is beloved by many Australians. Although local operators in Hobart would be the most devastated if the festival would have collapsed.

“He transformed Hobart in the middle of our dark winter to one of the most desirable locations in the country, hotels and accommodation fully booked. He has employed hundreds of those who work in the arts industry. Paints the city red. He deserves a key to the city in perpetuity.”

An initial announcement for Dark Mofo 2022 has landed ahead of the full program, which will be released in April. The theme for this year? Appropriately, “resurrection.”

Given organizers now have two weeks to play with, it seems they have allocated week one – June 8th to 12th – to art openings and performance, and week two – June 15th to 22nd – as the larger-scale celebration with Dark Mofo’s classic signature events, art and music.

“We’re privileged to have some internationally renowned artists confirmed for this year, alongside exciting locals. It feels like the cultural world is re-emerging post-covid, and so will the festival.”

Although in terms of social events, the highlight of week one should be the return of Dark Mofo’s quirky costume event, The Blue Rose Ball.

As mentioned above, German composer Nils Frahm will be playing a number of world premiere shows titled ‘Music For Hobart.’ And it seems like Dark Mofo will be one of the only chances Aussies have to see him down under, aside from a confirmed slot at Sydney’s VIVID Live festival.

The full Dark Mofo 2022 program will be announced in April and we’ll update this article accordingly. For now, hang tight and try your hardest to find accommodation, which is already mostly booked out for week one. 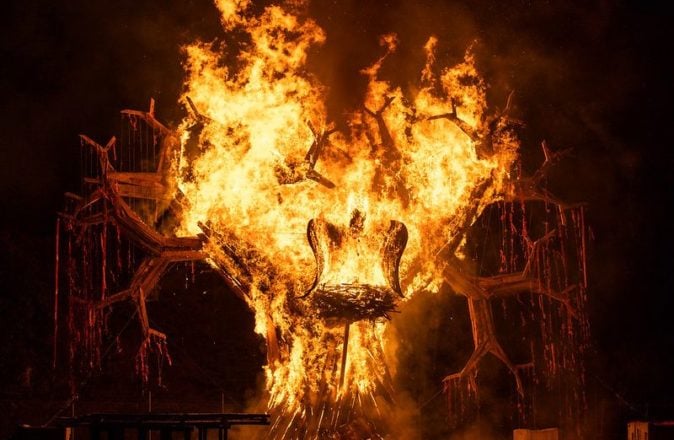 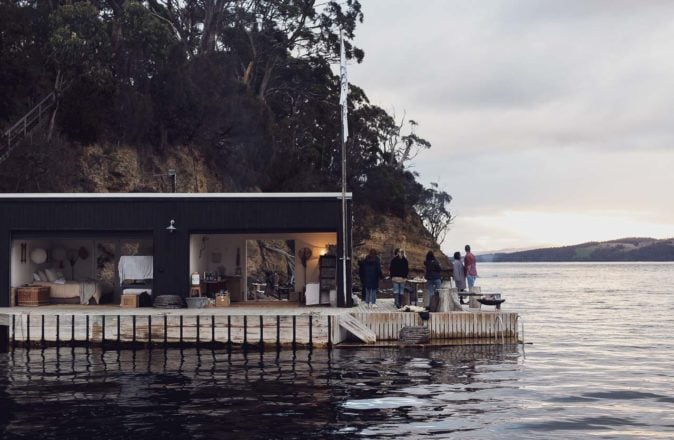 A Trip To Dark Mofo And Satellite Island With Talisker

Experience/Things to do 3 hours ago