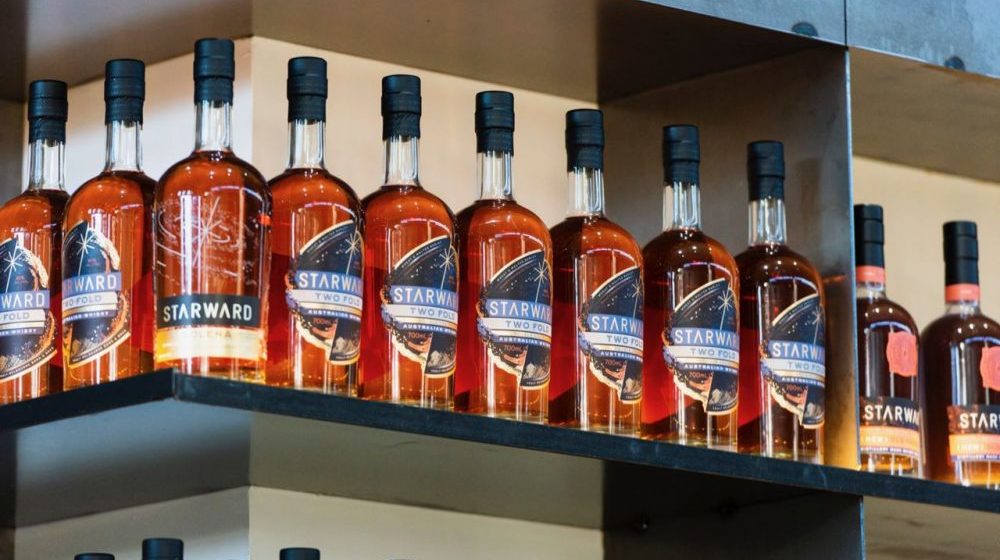 The Australian whisky industry has crafted a prestigious reputation over the last decade but has done so with drams that have become increasingly hard to get and unjustifiably expensive. Personally, I’ve struggled to see the value in choosing Australian whisky, often bottled at 500ml and priced high due to volume limitations. One brand that has debunked the norm for Australian whisky is Starward, founded by David Vitale, with a vision to create an affordable, approachable and distinctly Australian whisky, aged in Australian wine barrels. Last month Vitale took his vision to the next level, unveiling Starward Two-Fold, made with a combination of wheat and malted barley and an RRP of just $65.

Speaking at the launch event at the Starward Distillery in Melbourne, Vitale discussed the volume constraints which have disadvantaged Australian whisky on the world stage, until now, with their latest product, Starward Two-Fold, finally at a price point, and quality, that will allow it to sit on the shelf of every self-respecting bar in the world.

The use of wheat alongside malted barley has produced a flavour-full but lighter style of whisky, enabling the brand’s signature wine barrel influence to be more pronounced; soft aromatics of red fruit and warm vanilla spice are evident on the nose, balanced with a bright tropical fruit character and rich mouthfeel on the palate. While it is a pleasure to drink neat, the focus has been creating a premium product for cocktails.

SouthTrade International managing director Ray Noble, who distributes Starward in Australia, had this to say,

“For bartenders, it creates the opportunity to offer consumers affordable, yet premium cocktails using locally crafted spirits. For consumers, Starward Two-Fold allows them to enjoy a distinctly Australian whisky at an affordable price point, whether that be in bars or at home.”

Alongside a selection of delicious Starward Two-Fold cocktails and a menu designed by Cumulus Up, Starward also showcased their refreshed branding and their renamed Wine Cask, now called Nova, meaning ‘bright star’ to recognise their role as a beacon of Australian whisky.

Drinking their Solera expression on the night I was particularly impressed with the evolution of the distillery, and the Solera liquid itself, which, despite being a consistent blend from different aged barrels (named after the Solera process), tasted more impressive to me than last year when we presented it at Paper Plates.

Starward Two-Fold continues Starward’s innovative approach to Australian whisky at a price that is not only hard to believe but accessible for all whisky enthusiasts.

Starward Two-Fold has an RRP of $65.00, and is available in 700ml bottles. Check out their website.