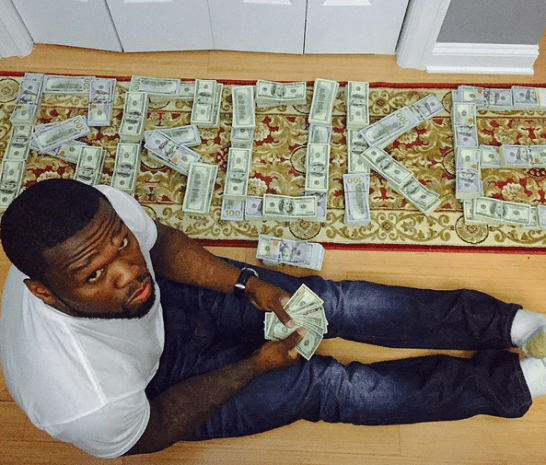 50 Cent has supposedly been going through some rough patches of late. High amounts of debt have been piling up, so much so that he had a decent string of court cases that forced him to sell his stake in Effen vodka. So the Den of Thieves star must’ve been thanking his guardian angels when he received news of a recent cash injection from years before.

Way back in 2014, when Fiddy’s album ‘Animal Ambition’ was one of the first to accept Bitcoin, he received a decent sum of 700 coins (or around US$400,000 at the time). This was back when Bitcoin was only valued at around US$622 per unit. Holding onto the gains over the 4 years since, Bitcoin is now valued at around US$10,000 (but it’s fluctuating everywhere at the minute), meaning that the rapper can add at least US$7 million to his worth. This was all announced in a hilarious Instagram post in which 50 commented “Not Bad for a kid from South Side, I’m so proud of me.”

So while the Winklevoss twins may be copping a major loss, 50 Cent can rest assured he’s got some extra money in the bank… while it lasts.