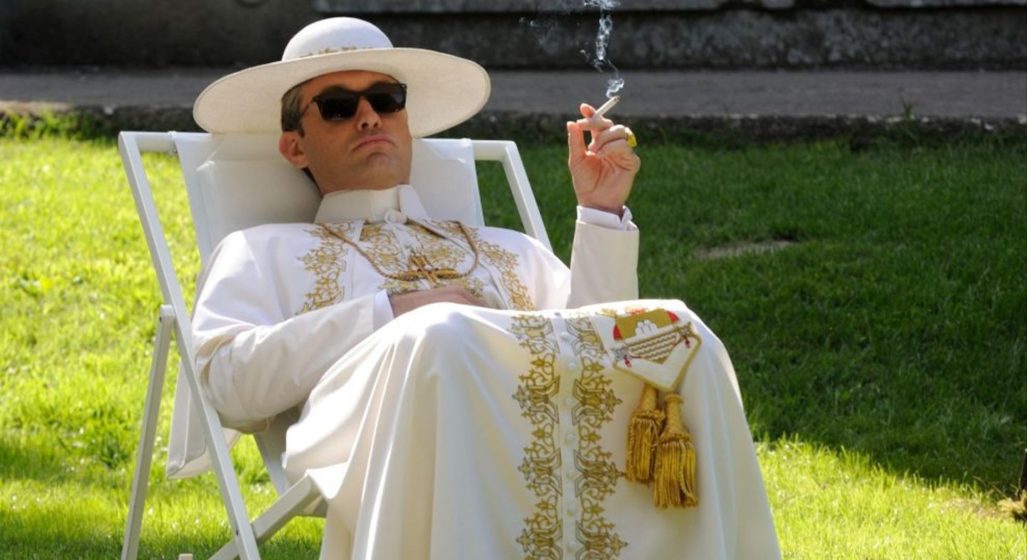 Exhausted your usual go-to shows and every “Top 10 greatest” recommended classic? Done with the flavour-of-the-month releases? In search of something else to sink your teeth into? Well look no further – here are the 10 best TV shows you should be watching right now. Shows that might have slipped past you; and shows that are getting all the right attention.

Canadian comedy series Letterkenny has been a personal longtime favourite, recently blown wide open for Aussie viewers by SBS Viceland. In case you’ve managed to miss it entirely, Letterkenny began as a hit web series before becoming a hit televised series about Canadian hicks from the titular town. One that’s oddly well written considering the subject matter and so forth. Think of it as a way more polished and high-brow Trailer Park Boys. I’ll get out of my own way and let the clip below speak for itself.

Amazon Prime Video has been pumping out excellent original content in the past few years, and The Marvellous Mrs. Maisel is no exception – the proud recipient of multiple Primetime Emmys and Golden Globes. After her husband does the cliche and ends their marriage for his secretary, Miriam Maisel discovers her talent for stand-up comedy. Naturally, she decides to pursue a career in the 1950s New York circuit. The show is so accurate in terms of stand-up comedy, in fact, that it has been praised by headlining names such as Joe Rogan. Bonus points for the creative cinematography and killer soundtrack.

The Young Pope / The New Pope

Every now and then, you come across a series that transcends entertainment and approaches the level of visual poetry. The Young Pope (season one) and The New Pope (season two) are such a series. The perennially charismatic Jude Law portrays a young cardinal by the name of Lenny Belardo who becomes the Pope and head of the Catholic church. Belardo decides to take things in a different direction, causing quite a stir.

With Barry, you come for the concept and stay for the Bill Hader. A depressed, ex-Marine sniper turned hitman decides to pursue a career in acting. The balancing act between having to periodically take people out while struggling to make a legitimate name for himself in Hollywood – as with most amateur thespians in LA – is the stuff of black comedy gold.

Similar to Barry, Amazon series Patriot follows a depressed CIA hitman who has lost his taste for espionage and wetwork despite his incredible talent for it. Also similar to Barry, the black comedy is tableau and very matter-of-fact. The writing, however, is probably some of the best in the last decade. Nuanced, subtle, rich with character arcs, and to be savoured like an expensive bottle of wine. I could not recommend Patriot enough.

Succession is a satirical series loosely based on the Murdoch dynasty. And it doesn’t take long before you start drawing the lines. When media mogul Logan Roy begins to decline in health, his four children begin to plot and scheme to assume the position as new head of the family. In a business sense, of course.

Set in a world where superheroes are treated like star athletes complete with corporate sponsorship, marketing teams, and international fame, there are a few matters to address. For one, in the realistic scenario where this were the case, it would obviously come with some… consequences. Think of all the scandals certain star athletes have endured in recent history with sex, drugs, manslaughter/murder – now throw in superhuman abilities. So who keeps the walking gods and goddesses in check? A group of skilled vigilantes known simply as The Boys.

Those who doubt Phoebe Waller-Bridge’s writing ability for Bond 25 No Time To Die need to watch Killing Eve beforehand. Because it’s with this very adaptation that Waller-Bridge flexes her dramatic and espionage story muscle. A bored but brilliant MI5 agent is covertly recruited by a classified division within MI6. The objective is to hunt down an international assassin by the name of Villanelle. What proceeds is a taut game of cat-and-mouse which becomes something more than their respective missions – a mutual obsession to best one another.

Anyone that loves film/pop culture/just a good time will be drawn to Community. A recent addition to Aussie Netflix but a time honoured favourite for legions – yours truly included – this was Dan Harmon’s magnum opus prior to Rick & Morty. It takes all the usual conventions of film and TV you’ve come to know, and slaps it on the face all day long. Community follows a band of oddly compatible misfits who must resort to Greendale Community College for their own reasons. Shenanigans that have practically nothing to do with community college ensue; case in point – the paintball saga which was actually directed by Fast & Furious‘ Justin Lin.

NOTE:
Fair warning, season four – AKA the one where they fired Dan Harmon before bringing him back for season five – may test you a little with its story direction and overall quality.

Things are really heating up with the fresh release of the third season of Ozark on Netflix. In the first season, financial adviser Marty Byrde was given an impossible task of successfully laundering US$8 million in three months to save his family from the wrath of the Mexican cartel. Along the way, they have become entangled with a riverboat casino scheme, heroin operations, and far more than they bargained for.