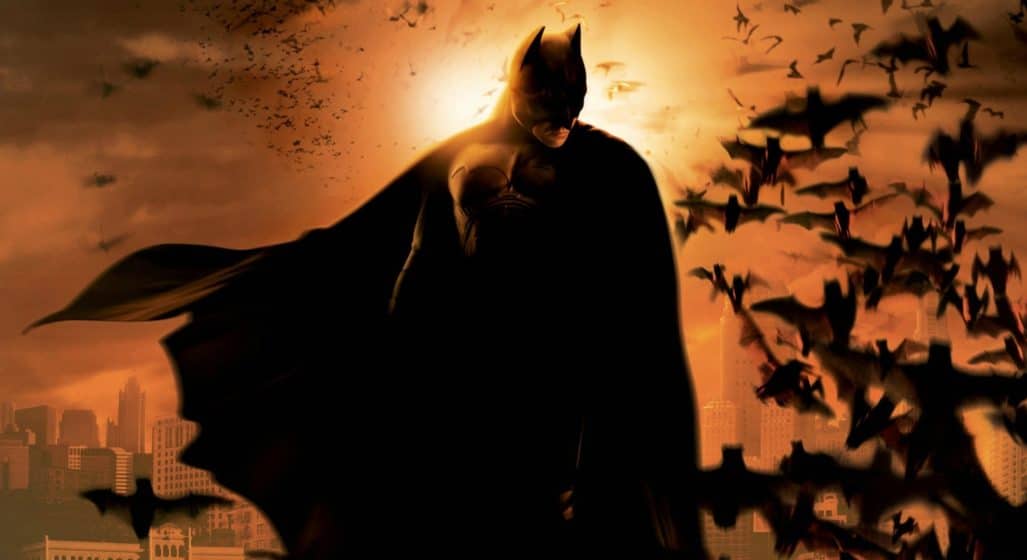 Superhero films have firmly established themselves as a staple of modern cinema in the last decade or so – for better or for worse and certainly to varying degrees of quality. But there’s one film which is seldom acknowledged for its overall influence on the current status quo. One that shifted the entire narrative of superheroes in cinema, thereby legitimising an entire genre. That film was Batman Begins by Christopher Nolan.

I know what you’re thinking. I mentioned Nolan, “changed the game”, and your mind instantly pinged the critically-acclaimed behemoth – The Dark Knight. And you wouldn’t be completely wrong to assume as such. The Dark Knight certainly had its day in the sun, complete with an undeniable cultural gravity which has only endured with every new superhero release (mostly through the inevitably drawn comparisons). Focusing solely on The Dark Knight, however, would be to grossly understate the very foundation laid by Batman Begins.

With Batman Begins, Nolan introduced layers of realism to a fictional character which had firmly remained in a realm of fantasy. No longer were audiences watching an extensive Wikipedia entry of a person with endless skillsets, a convoluted history, and conveniently framed achievements a-ha his way out of ridiculous scenarios; against villains who elicited more eye-rolling than fear, no less.

Under Nolan’s direction, Christian Bale didn’t “play” Bruce Wayne/Batman – he became Bruce Wayne/Batman. We connected with the textured psychology of it all – his loss, anger, fear. We perceived the constructed universe of Gotham City and beyond as if it were our very own world with tangible consequences. A world involving hard decisions, nuanced morality, solutions that weren’t found in an impossible tool belt and virtually limitless funds, either – although let’s be honest, it helped.

Bale’s incarnation of Bruce Wayne/Batman had to learn how to fight, how to take a punch, how to fall, get back up again, practice and hone his tradecraft before our eyes, etc. He had his own flaws to overcome. He had difficult choices to consider. At the core of it all, he was a human being. A human being with an inhuman drive, sure, but human nonetheless. And there’s nothing more entertaining than watching a human become something more – overcoming the set obstacles with nothing but their own two hands.

RELATED: The Dark Knight Is Still The Highest-Rated Superhero Movie Of All-Time.

On the matter of filmmaking and the cinematic craft, where do I even start? Nolan has something of a reputation for redefining the parameters when it comes cinema – you can almost trace the pedigree of releases in any era to one of his own. I could spend years gushing about the practical effects, that goddamn tumbler Batmobile, the diametrically opposing philosophies of Bale’s Wayne/Batman against Liam Neeson’s Ra’s Al Ghul intricately woven within the story; all on the backdrop of Cillian Murphy’s Scarecrow anarchic representation of fear as a motif. All this, however, ultimately pales in comparison to Nolan’s most impressive accomplishment: not only did he make superhero films feel real – he also made superhero films genuinely cool for the first time in history.

Despite the success of Sam Raimi’s Spider-Man films starring Tobey Maguire and all Richard Donner’s Superman films starring Christopher Reeves, there was a distinct layer of artifice which prevented it from becoming more than just another pulp adaptation. These films had fantastical elements beyond our real-world. Hell, even something intended to be gritty like the 2004 Punisher film – which incidentally screened in cinemas a year prior to Batman Begins – felt hokey and almost instantly dated. None of them became anything more than “just another superhero film” because the people responsible saw the process as churning out “just another superhero film”. Nolan, on the other hand, approached Batman Begins with the same dignity and forethought as he would a WWII film. In an alternate timeline where the likes of Spider-Man, Superman, and Frank Castle/Punisher underwent a cinematic treatment which entailed making a film – period – without any prefix labels and an ounce more dignity, who knows…

‘Iron Man’, ‘Man of Steel’, ‘Logan’, ‘Joker’ – all celebrated films of the same genre with their own impact. Controversially enough, I argue that none would have existed without Christopher Nolan and Batman Begins. Because it was both Nolan and ‘Batman Begins’ that demonstrated to the world that this genre could be treated as something more. And we, in turn, could appreciate it in kind.

This topic, of course, is one which invites debate and discussion – so be sure to sound off in the comments.