Coming 2 America Will Be Released By Amazon This Year 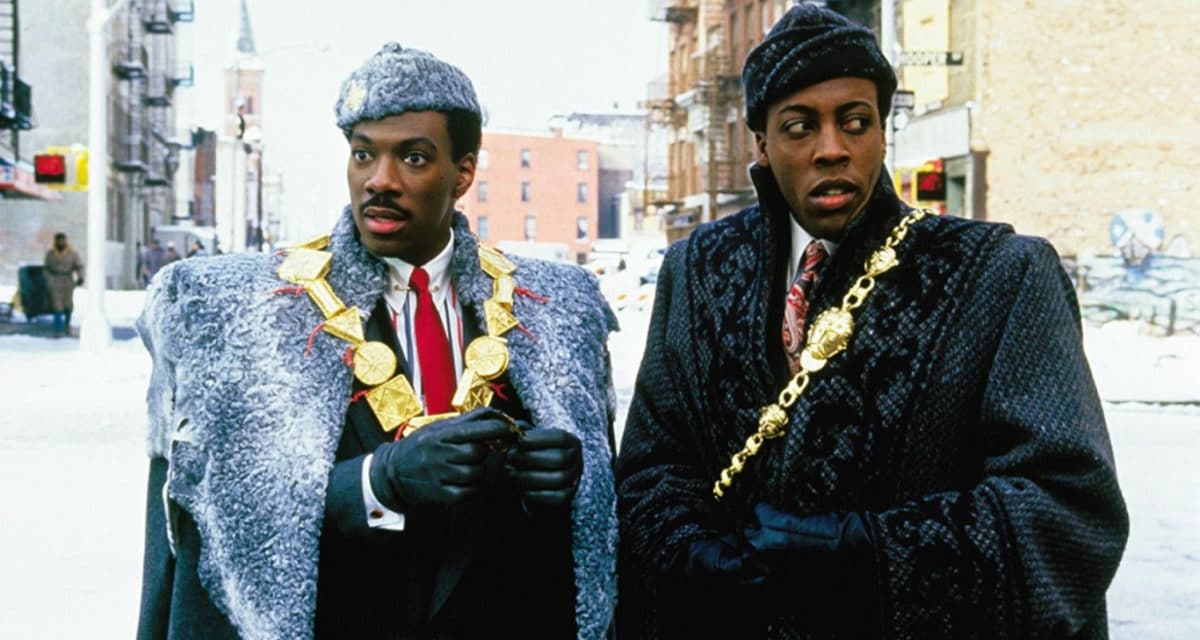 Over thirty years on from the original classic comedy film starring Eddie Murphy and Arsenio Hall, the long-awaited sequel Coming 2 America will finally be coming 2 screens thanks to Amazon Prime Video.

Acquiring the film from Paramount Pictures for a hefty reported sum of US$125 million, Coming 2 America marks Amazon Prime Video’s second heavyweight comedy release for the year after Sacha Baron Cohen’s Borat 2 – which is set to become available later this month on October 23rd.

According to Paramount Pictures, the synopsis is as follows:

Set after the events of the first film, former Prince Akeem Joffer (Murphy) is set to become King of Zamunda when he discovers he has a son he never knew about in America – a street-savvy Queens native named Lavelle (Jermaine Fowler). Honouring his royal father’s (James Earl Jones) dying wish to groom this son as the crown prince, Akeem and Semmi (Hall) set off to America once again.

In addition to the return of Murphy, Hall, Jones, and Shari Headley as Lisa McDowell – Akeem’s wife who he fell in love with during the first film – the cast will also be welcoming Leslie Jones as Lavelle’s mother, Tracy Morgan as Lavelle’s uncle, Weslie Snipes as General Izzi, Rick Ross as himself, and of course, Fowler as Lavelle.

With Craig Brewer at the helm – who you may be familiar with through Hustle & Flow, the 2011 Footloose remake, and Dolemite Is My Name – the screenplay has been penned by a trio comprised of David Sheffield and Barry W. Blaustein (Coming To America, The Nutty Professor), as well as Kenya Barris (Shaft, Black-ish).

Coming 2 America has a scheduled release date of December 18th. Currently, it is unclear whether a limited theatrical run will also be on the cards. But I certainly wouldn’t be holding my breath, especially given the year we’re having.