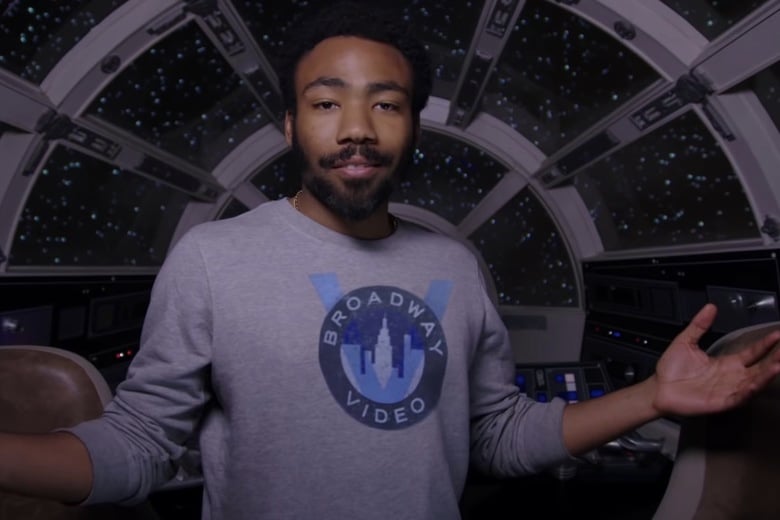 It’s almost here. After a disappointing Episode VIII, we’ve been holding our breath for redemption in the form of another cracking backstory film. After the success of Rogue One, our hearts are in our throats as we pray for a decent substitute over The Last Jedi.

To tide us over until the worldwide release of the much anticipated Solo: A Star Wars Story, Donald Glover (aka Childish Gambino, aka Lando Calrissian) takes us for a tour around his former ship the Millennium Falcon. What we do know is that throughout the Star Wars universe the Millennium Falcon has had a multitude of owners over the years. Lando Calrissian wasn’t its first, nor was he its last.

Complete with a ‘cape room’ (which we’re sure didn’t survive post the Lando era), this short clip will fulfill your curiosity until the film’s release on May 24.