8 Films Every Music Lover Should Watch 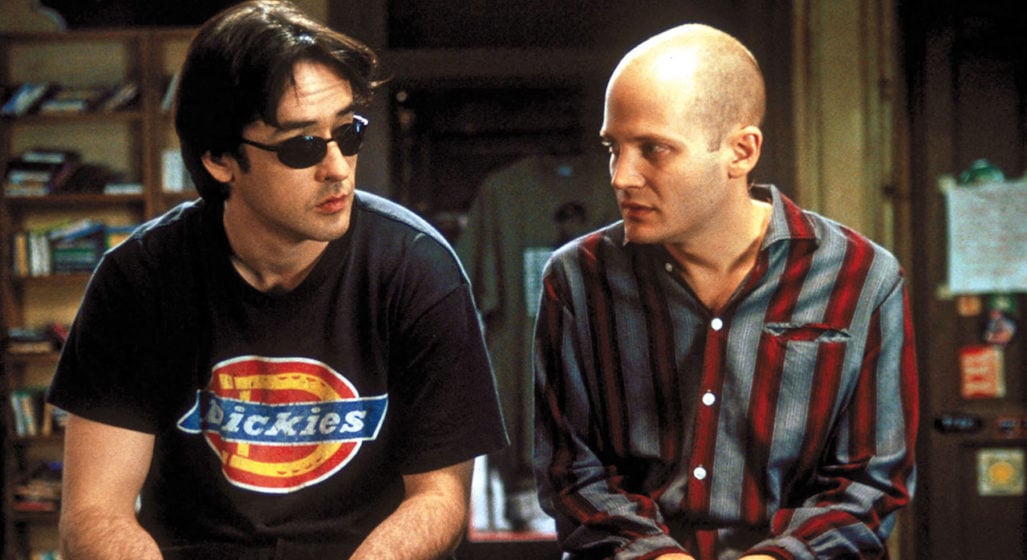 Music and cinema is a pairing made in the heavens. There’s nothing like the drama and pathos of visual storytelling to make you fall in love with your favourite tracks all over again. As food is paired with wine, sometimes they match up just right.

Here is a starter pack of films every music lover should watch, curated by yours truly:

This one is about music fans specifically made for music fans, and a personal favourite. Adapted from the novel of the same name penned by Nick Hornby (About A Boy, Slam), it follows Rob Gordon (played by John Cusack); a dropout, record store owner who goes through his “top five” breakups, along with other “top five” music lists. Cusack is joined by a cast of Jack Black, Todd Louiso, and Catherine Zeta-Jones who flavour the film with their ever capable comedic chops. What makes this a standout selection is how accurate the portrayal of both music fandom and heartbreak is. (Note: the trailer doesn’t do it justice.)

Folk music isn’t something that’s terribly exciting, sexy, or even paid attention to in day to day life. Yet the masterful Coen brothers (No Country For Old Men, Fargo, The Big Lebowski) manages to make it something emotionally nuanced and hilarious, which you just can’t tear your eyes away from. Lead by the extremely talented Oscar Isaac, the story revolves around a struggling folk singer in the 60s following the suicide of his music partner. Appearances from Justin Timberlake and Adam Driver will also grab your attention, but not so much that it distracts from the overall story. And yes, these appearances are in a musical capacity. This one will have you scrambling to download the soundtrack before the credits even roll.

I tried not being obvious with these selections, but Almost Famous just had to be snuck in. Where to begin with this one? The US music scene in the 70s. The golden age of Rolling Stone and music journalism. The iconic ‘Tiny Dancer’ scene. This one needs no explanation. Buckle in and enjoy the feels.

What happens when you cross the music industry with American Psycho? You get Kill Your Friends. Every bit as outrageous (if not more so), this one puts the dark in dark comedy and tests the limits of what we as humans are willing to do in order to get ahead. All on the catchy backdrop of the UK’s music scene circa 1990s. The film stars Nicholas Hoult, Craig Roberts, and Georgia King.

The untimely death of Amy Winehouse was without a doubt a great tragedy. This documentary stands to be not only a belated farewell to the soul and jazz singer/songwriter, but a celebration of her incredibly storied life. Be prepared to be hit with some heavier emotions, as Winehouse’s descent into “the black” is revealed through testimony and archival footage. Amy was one that threw me off-guard, admittedly having never being a fan previous to watching this. I was after, though.

I tried avoiding biopics but this had to be one of the two exceptions. The Runaways depicts the formative years and eventual disbandment of the legendary all-girl rock bands. The first if I’m not mistaken. As with many of the selections in this list, it is so much more than a film about music. In this case, it’s also an exploration of identity, sexual liberation, as well as the dark side of fame. Dakota Fanning assumes the role of Cherie Curie, with Kristen Stewart as the one and only Joan Jett. And despite what people have to say about Kristen Stewart, I will defend her performance in this to the freaking grave. Know that.

Yet another biopic, this one follows the early years of John Lennon (played by Aaron Taylor-Johnson), and subsequently The Beatles. Focus is shifted slightly away from the music, with considerable focus on the complicated relationship between Lennon, the mother who abandoned him, and the aunt who raised him. As to be expected with most dramatic takes of famous bands/musos, it’s a story mired in exaggerated emotions, personal conflict, and a sprinkling of controversy. An entertaining watch nonetheless, but just be wary of where reality ends and fiction takes over.

Frank was a breakout critical success when it was released. Based loosely on true events, it tells the tale of an enigmatic and constantly masked frontman to an indie band. What follows is a feel-good rollercoaster of self-discovery and comedic shenanigans. Although the production of this was rather understated, the cast was lined with heavy hitting A-listers. Michael Fassbender takes the lead as the titular Frank, supported by Domhall Gleeson and Maggie Gyllenhaal.