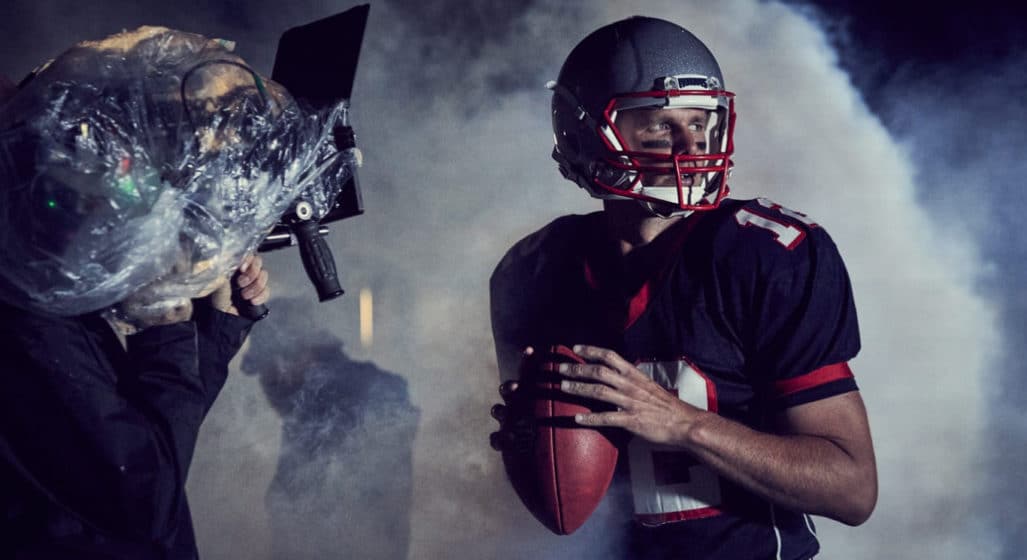 More often than not, brand videos are pretty lame. IWC, however, has managed to pull off something that’s actually entertaining with their Tom Brady short film.

Entitled Born of a Dream, it’s clear from the opening seconds that no expense was spared, nor stops left unpulled. Cinematography, story, sentimentality – you could honestly mistake it for a AAA blockbuster release. And yes, as indicated by the headline, there’s a certain broody Christopher Nolan flair about it.

Born of a Dream offers a rather hagiographic depiction of Brady’s real-life journey from childhood, to his college years, the moment he was drafted in the sixth round, and beyond. Sure, there’s a hint of IWC branding. But it’s more blink-and-you’ll-miss-it as opposed to in-your-face.

I remember thinking how cool it would be to have an IWC watch. It was my screensaver in college, and in some ways it represented a much bigger dream of mine: to play the game I love for a living.

There were so many moments, large and small, where that dream was called into question, but as I learned at a young age, you always play to win.

It’s an honour to see so many of those pivotal moments brought to life in this short film by @iwcwatches It’s been quite a ride so far, and I hope you enjoy watching it as much as I’ve enjoyed living it (most of the time)!

All I’ll say is this – in the span of four minutes and ten seconds, anyone who ever doubted Brady’s status as one of the greatest NFL players in history will swiftly change their opinion.

Check out the IWC Tom Brady short film below.

Find out more over at iwc.com.