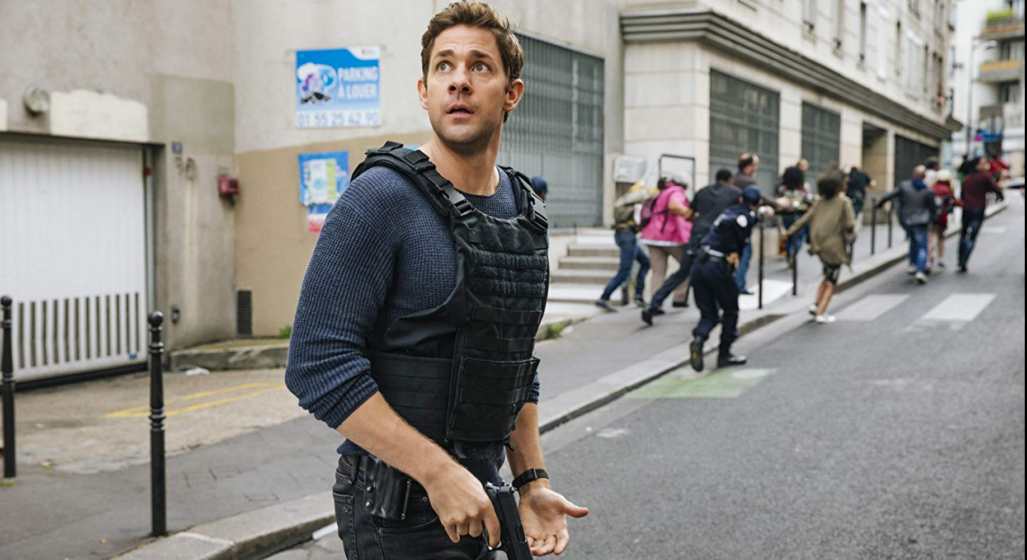 Jack Ryan was one of the surprise hits on streaming service Amazon Prime Video last year. Based on Tom Clancy’s ‘Jack Ryan’ novels, The Office star John Krasinski took the reigns of the reluctant spy after Harrison Ford (on two occasions), Alec Baldwin, Ben Affleck and Chris Pine did so on the big screen before him.

As Ryan, Krasinski added an element of believability to the analyst turned field agent. Now, the full trailer for the second season has dropped and has us extremely excited for Krasinski’s next jaunt as the titular CIA officer.

After discovering a suspicious shipment of illegal arms, Ryan heads to South America to uncover the truth which exposes a conspiracy involving the Venezuelan President.

As you can see from the trailer below, Krasinski once again finds himself in a perilous position as he embarks on a global mission spanning the United States, UK, Russia and South America. This looks to be another gripping eight-episode season and is shaping up as one of the must-watch shows of 2019.

Krasinski is joined by season one regulars Wendell Pierce (The Wire) as James Greer and John Hoogenakker (Chicago Fire) as Matice, along with newcomers Noomi Rapace (Prometheus) as Harriet ‘Harry’ Baumann and Michael Kelly (House of Cards) as Mike November.