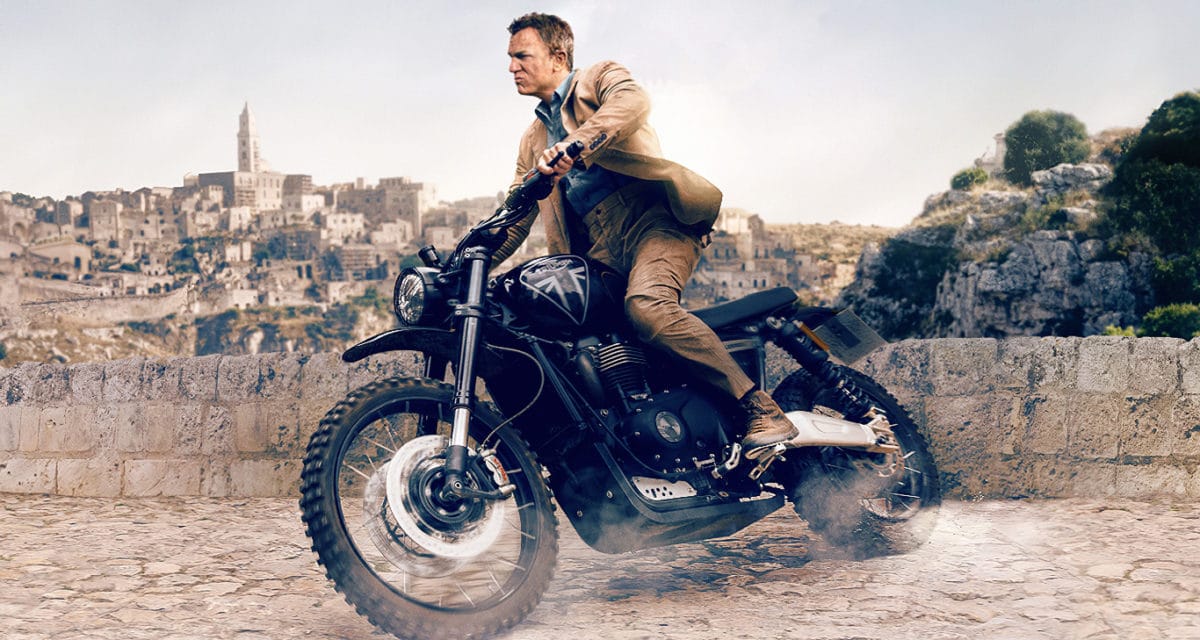 Given the fact we’ve just been served a second delay, effectively pushing the film’s release date back an entire year, we’ll take any kind of No Time To Die content we can at this point. Unconfirmed rumours about Daniel Craig’s fate… coffee table photography books… coffee table cocktail books… official podcasts… hell, even the odd behind-the-scenes tidbit surrounding 007 and an excessive amount of Coca-Cola.

No Time To Die producers have recently revealed they needed 8,400 gallons – or approximately 31,797 litres – of Coca-Cola to make a textbook James Bond motorbike stunt work. The justification for this additional €60,000 / AU$100,000 expenditure? As production stunt coordinator Lee Morrison explains, the sequence involved Daniel Craig’s stunt double and pro motorcyclist Paul Edmondson hitting a 7.6-metre ramp at around 100km/h on a 450cc bike.

The momentum would effectively carry Edmondson over the wall and have him safely landing on cobbles – which you might recall seeing in the trailer footage (see below: 2:11). The only problem was these cobbles were a little too… slippery. Naturally, they went straight to the exact opposite of slippery. They went to spilt Coke.

“I’ve been spraying Coca-Cola on slippery surfaces for a very long time.”

Crew members reportedly spilt the liquid adhesive all over Matera in Southern Italy. And as Morrison noted, a bonus to this rather unconventional solution included “making things look very clean after it [washed] off”.

No Time To Die will see Daniel Craig appear as the iconic MI6 intelligence officer one last time, alongside Lea Seydoux, Ralph Fiennes, Christoph Waltz, Lashana Lynch, Ana De Armas, as well as Rami Malek – who will assume the role of the Bond-worthy adversary Safin this time around (which many are theorising to be a modern interpretation of Dr No).

April 2nd of 2021 is when you can expect the first screening.