The Psychological Benefits Of Teasing Your Friends 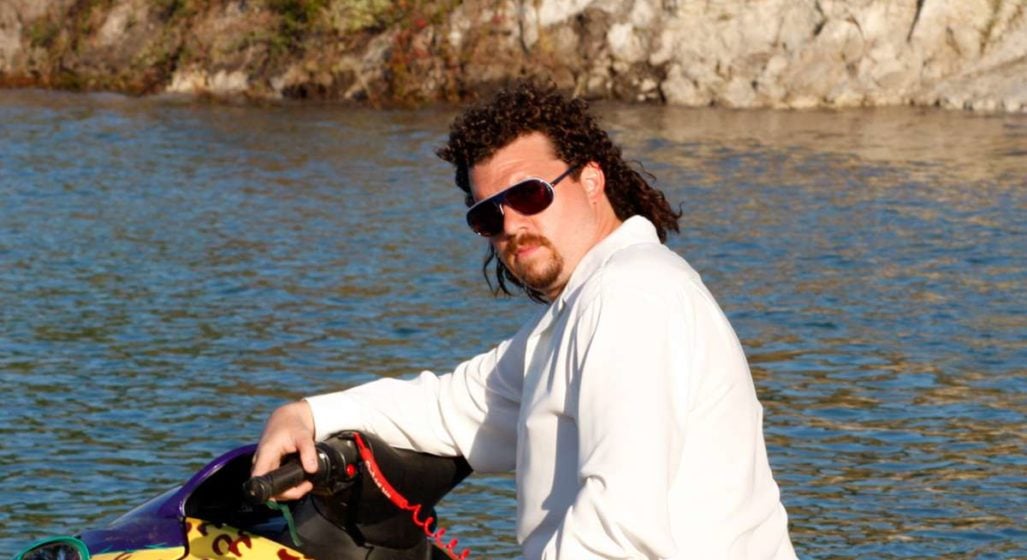 An Idiot’s Takes On Anthropology #2: The Psychological Benefits Of Teasing Your Friends

It’s the end of the business week. You’ve just knocked off work, arrived home for a quick shower, and decided to get changed before heading out to the pub.

Now for some reason, you think it’s a good idea to whip out a certain pair of boots. You know the ones. Maybe to strut your stuff, maybe to give them a little bit of air. Whatever the reason, it seems like a good idea… until you set foot onto the premises.

The moment you cross the threshold, the pack of coyotes you call mates rear their rabid heads, and immediately zero in on the two open targets. That’s when the carnage begins:

“Jesus fuck, what are those?”

“You kiss your dad with those boots?”

“Check out the stems on Ankles.”

“I’ll pay you $50 right now to shoot me in the face, just so I never have to look at those shits again.”

“I actually like them… been struggling to find a Mother’s Day present.”

“Oh I think Boot Scootin’ Baby over here ‘comes’ in enough men for all of us.”

Just like that, the carve up begins. But not to worry, because all you have to do is take your lumps, weather the storm, and wait until it’s someone else’s turn. Before long, the cross-hairs shift away from you and your boots (which you maintain are still alright despite the razzing); and the process of ritual sacrifice begins anew. Besides, comes from a place of love and will benefit consequently benefit all – at least that’s what the social science says.

In the last instalment of An Idiot’s Take On Anthropology, we examined why men vastly overestimate their ability to fight through the loosely academic lens of the Dunning-Kruger effect. This time around, we’ll examine the everyday social interactions of roasting your mates, as well as the psychological benefits of teasing. According to science, that is.

Teasing among men has been a cultural fixture for centuries. Often used as both a formal and informal “trial”. In ancient Sparta, for example, the practice of syssitia involved nightly dinners where the older warriors fired off potshots towards one another, as well as towards the younger warriors, as to ensure everyone democratically copped some heat. The purpose of this tradition was to develop comradery, and find out who could stay calm under pressure. An important aspect to determine before you charge into battle.

UC Berkeley psychologist and leading authority on this matter, Dacher Keltner, characterises the act of teasing as:

An intentional provocation accompanied by playful off-record markers that together comment on something relevant to the target.

According to Peter Gray, Ph.D., dissecting Keltner’s assertion, the key components of teasing include:

The difference between teasing and bullying is intent. Where teasing is generally about collective amusement and potentially social correction, bullying is a wilfully malicious pattern of behaviour designed to hurt, harass, belittle or threaten. Although, let’s be fair – spend enough time with any group of guys and you’re bound to experience a mixture of the two at any given time.

It is, however, worth remembering you can walk away if the spirited horesplay starts moving into American History X territory.

Carlin Barton writes in Roman Honour that teasing and mild shaming are among the most important socialising mechanisms of society. That is, provided there is the prerequisite trust and that the teaser is prepared to exchange roles with the teased.

We consider teasing solely by the pointed end of the act, forgetting everything else it entails – like the presence of mutual trust and the active deconstruction of hierarchy among equals. At its very foundation, teasing not only expresses familiarity, but also acceptance. Gray explains that the open mockery of certain traits is a method of demonstrating to the target that they no longer need to hide anything.

“To know someone well is to know their weaknesses as well as strengths, and teasing can be a playful way of expressing that knowledge and thereby reinforcing the friendship.”

Teasing instils an increased trust. Leading up to the teasing, it’s due to the target feeling relaxed enough to expose themselves; after the acts of teasing, it’s due to the thorough communication that any concerns related exposing oneself is trivial in the grand scheme of things. In the grand scheme of the group dynamic. By the end, everything’s laid bare on the table and the collective is united to a greater extent.

As mentioned in the sections above, a regular sanding of the ego is necessary. Especially if one hopes to improve overall social cohesion. Ego can manifest into arrogance, and arrogance poses a threat to the collective. Speaking in broad terms, arrogance incites a superior nature, which convinces individuals that they can impose their will upon others. The solution? Cutting them down to size, of course.

A key example of this – and removed from our modern everyday lives for additional perspective – is what real-life anthropologist Richard Lee discovered when he interacted with a hunter-gatherer tribe located in the Kalahari Desert. This tribe held a practice of “insulting the meat” that was procured by the hunters. The explanation sourced from the tribe healer was as follows:

“When a young man kills much meat, he comes to think of himself as a big man, and he thinks of the rest of us as his inferiors. We can’t accept this. We refuse one who boasts, for someday his pride will make him kill somebody. So we always speak of his meat as worthless. In this way we cool his heart and make him gentle.”

Teasing, in this specific instance, grounds individuals, humbles individuals, and prioritises a group dynamic over singular rule; as well as promoting egalitarianism. The meat is no more valuable than the fruits, despite what one may think. It’s about the collective, not the singular existence. In the same way you can’t expect to order a lemon daiquiri when everyone else is doing schooner rounds and expect to get away with it verbally unscathed.

The idea of deflating egos through good to mild natured teasing is quite useful in our current context, considering the fact that North American research has found a steady and continuous increase in narcissism (defined as a pathological form of arrogance). This is an area rich with material and probably deserving of its own article, so I’ll put a pin in it for now. See something, say something, I suppose.

Teasing as a means of correction & social control

There’s no denying that a healthy does of public shaming is good for everyone. It keeps some people in line, and steers others away from becoming a worse version of themselves. If we had a bit more productive teasing going on, I can guarantee we wouldn’t have furries, or any other gross subspecies of operators society currently has to endure. Look me dead in the eyes and tell me we don’t have the capability or means to jostle a bloke with some choice words until they stop wanting to fuck human sized animals. Yeah, that’s what I thought. Back to the thin veneer of science…

As Gray indicates, in Western culture, direct command or reasoned arguments usually leads to conflict and defensiveness. No one likes to receive direct criticism out of nowhere. But teasing is far more widely accepted, subtle even, and may prove more effective than either direct command or reasoned argument when it comes to encouraging a change in behaviour. Doubly so if the teaser is a person the teased views as a potential partner.

“We can laugh along with the teasers, thereby acknowledging that the implied criticism is justified. We can feel and express shame, likewise indicating our intent to change. We can stew for a while in resentment, but then eventually come around. Or we can leave, quietly or noisily, and henceforth avoid, when possible, this group of people who don’t like the way we behave.”

A well aimed roast may save your mate’s life. Food for thought.