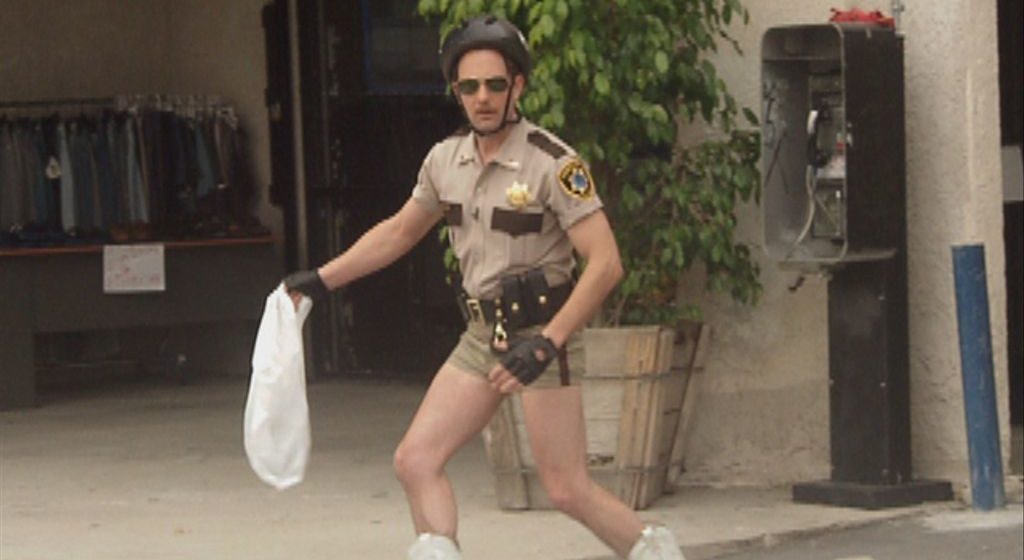 A little while ago, we announced the return of cult hit Comedy Central series, Reno 911! The brand new seventh season of an old favourite is to be championed by the upcoming mobile streaming platform, Quibi. The even better news? We’ve just received a first look at the shenanigans to come with this first sneak peek – and it’s pretty clear that while some time has passed, the magic is still there.

Show creators/stars Thomas Lennon (Lt. Dangle), Robert Ben Garant (Deputy Junior), and Kerri Kenney-Silver (Deputy Wiegel) were originally confirmed to reprise their roles – on and off-camera. As we can now confirm – and based on what we see in this first sneak peek – the rest of the crew are also making a verifiable return:

Quibi is set to launch on April 6th – although it’s currently unclear whether Reno 911! season seven will debut at the same time. If I were a betting man, however, I’d place my money on April 6th.