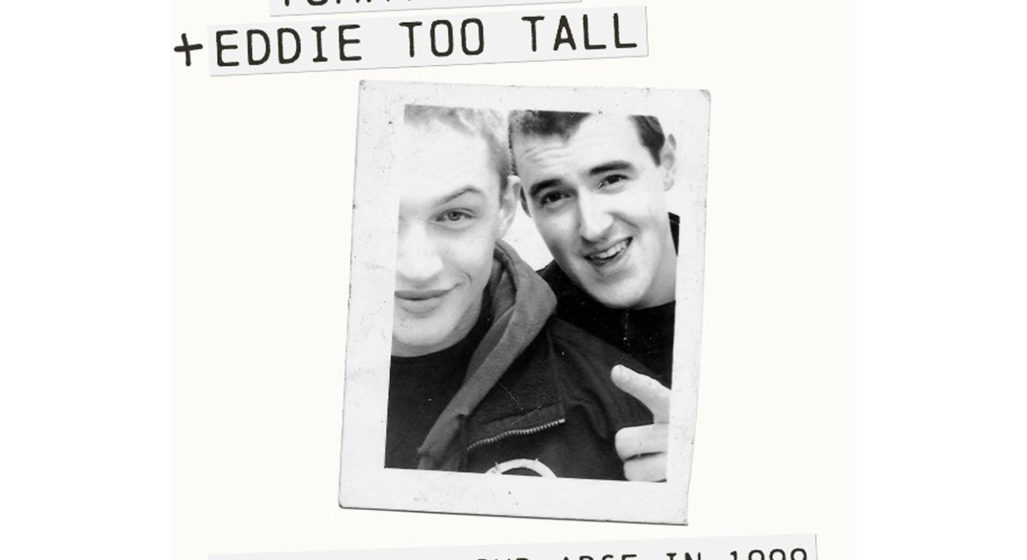 In news that I thought I’d never be reporting, Tom Hardy is apparently recording his own grime album. This comes after an old mixtape from 1999 resurfaced earlier this year, uploaded to Bandcamp by his producer and creative partner at the time, DJ Eddie Too Tall. No, you can’t make this shit up.

As it so happens, being a grime artist was Hardy’s original ambition before he found fame and fortune on screens the world over. His stage name? Tommy No1 (not sure if that’s meant to be “no one” or “number one”). And in keeping with the Tommy No1 brand, the title of this mixtape from all those years ago is Falling On Your Ass.

The mixtape samples jazz and film soundtracks, most notably that of The Godfather featured on the track, ‘Wiser’. As the note on page reads: “Made in a bedroom 1999 these mixtapes were never really finished. Lyrics written and performed by Tom Hardy. Music written and produced by Ed Tracy.”

“I started out ­rapping when I was 14 or 15,” Hardy himself has previously stated.

“I used to be with the guy who managed Leela James and Lauryn Hill, Pras, the Fugees and all that.”

Well, there you have it folks. Our favourite English thespian and possible Bond successor may soon join the ranks of Robert Downey Jr., Hugh Laurie, Russell Crowe, and Scarlett Johansson as yet another actor turned (kinda) musician.

Check out the full mixtape above.