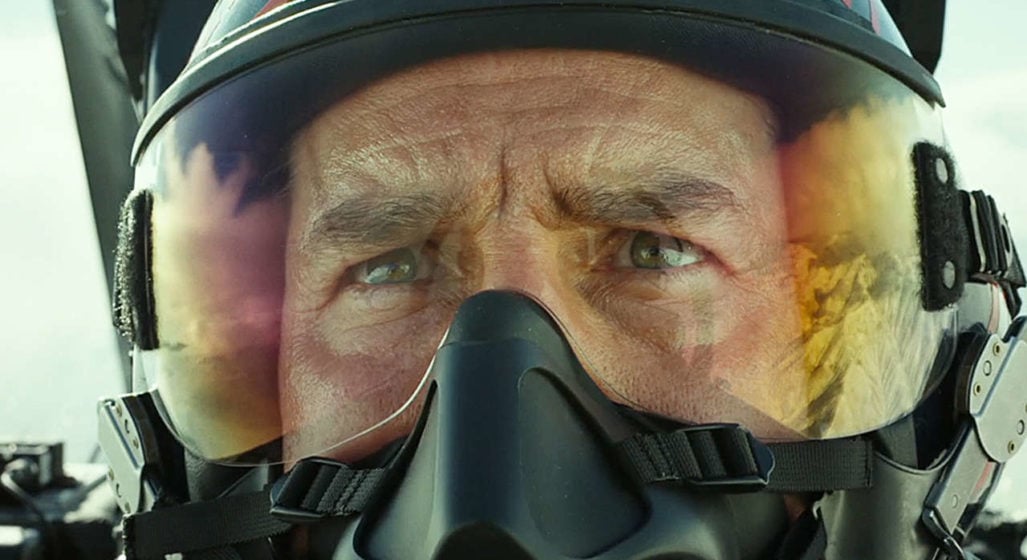 Reprising his role as Pete “Maverick” Mitchell, Cruise is once again jumping into the cockpit to provide some A-grade visual entertainment. Only this time around, the cinematic technology is a thousandfold better than when the original Top Gun was filmed in the 80s. Meaning we’ll be treated to coverage completed by six IMAX-quality camera’s fitted in the hot seat.

Naturally, the cast and crew were required to work with some of the best pilots in the world. Though there isn’t a single shred of doubt in our mind that Cruise would have manned a fighter jet himself if it weren’t for the insurance premiums.

As it turns out, Cruise’s commitment is apparently quite infectious. As other cast members were encouraged to undertake legitimate flight training, and going as far as enduring the G-force themselves in actual F/A-18 Hornets rather than pull off the ol’ green screen switcheroo. The crazy part about all this is that they agreed with relatively no protest (to our knowledge).

“It is aggressive, you can’t act that — the distortion in the face,” says Cruise.

“They’re pulling seven and a half, eight Gs. That’s 1,600 pounds of force. I’m so proud of them and what they’ve done… it is heavy-duty.”

In the video below, director Joseph Kosinski, producer Jerry Bruckheimer, Miles Teller, and Cruise himself touch on what went into the process of this god-tier production.

Top Gun: Maverick is scheduled for wider cinematic release on June 25th of 2020. In the meantime, hit the links below to refresh your memory about the first and second trailer.

RELATED: The New ‘Top Gun: Maverick’ Trailer Is Here & It’s Everything We Ever Wanted.