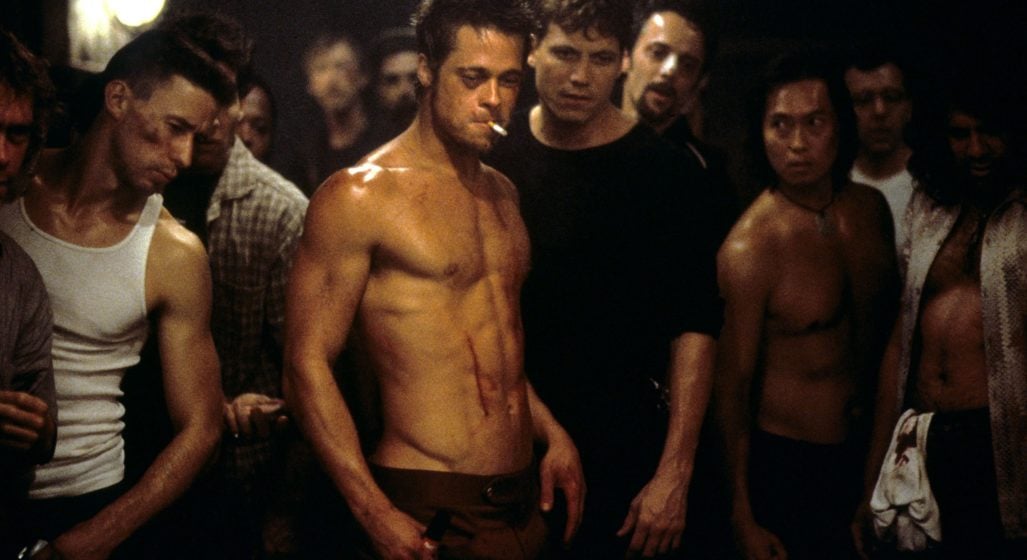 An Idiot’s Takes On Anthropology #1: Why Do Men Overestimate Their Ability To Fight?

While I myself am no anthropologist – though admittedly my tertiary qualifications are about as liberal and sought after in this economy – given the chance, I’d happily posit the exact same claim in any academic forum dumb enough to accept me: wherever you go in the world, there will invariably be a group of blokes who will arrive at the exact same conversation. It’s instigated by an all-too-casual, “I reckon I could take you easy”, followed by a whole lot of counterfactual shit talk. Before long, you have a textbook scenario of men overestimating their own ability to fight.

Now stop right there. I didn’t even have to mention a name, but almost reflexively, you thought of a few key individuals in your life who fancies themselves a capable and “street tough” operator. Am I correct? And while the cosmetic traits of these operators may vary from group to group, they’ll generally sit on the same part of the bell curve. Because there’s one unifying trait that levels them all on the same playing field – despite having never formally trained in any combat sport/art/discipline, they’re ridiculously confident in their ability to handle themselves. If a physical confrontation were to arise, that is.

What I’m about to undertake is an investigation in the loosest sense of the term. If I were to hazard a guess, I’d say we’ll end up with 35% academic research, 65% piss-take, and 100% weeknight entertainment.

The anatomy of the “hard man”

I mentioned before that there’s a bell curve. As with any ethnographic study, there will be outliers and so forth. In general terms, however, there are trends we can outline that define the “hard man”:

There are a few more punchlines we could have included; namely the presence of Oakley glasses, way too much commentary during a UFC event on any given Sunday at the pub (pre-COVID, of course), and perhaps even a particular car of choice. But the characteristics listed above describe the archetype I’m referring to in broad strokes.

The beauty of the “hard man” is that they can come from virtually anywhere. They’re office workers, they’re tradies, they’re young fellas, they’re old fellas. Hell, sometimes they’re not even fellas. To paraphrase JAY-Z, women can be pimps “hard men” too. So if it’s not strictly physical, cultural, or socio-economic… what is it precisely that gives birth to the “hard man”?

We’ve all heard the saying, the loudest one in the room is the weakest one. Maybe even, the loudest one in the room knows the least. Or throwing it back to the 4th-century philosophical homie, Lao Tzu, he who knows does not speak; he who speaks does not know. As it so happens, there’s actually some science behind the idioms/generalisms/proverbs – and it’s known as the Dunning-Kruger effect.

The Dunning-Kruger effect is basically a cognitive bias where people with low ability in an area or field believe this said ability to be far greater than the reality. This stems from an internal illusion. In the words of social psychologists David Dunning and Justin Kruger themselves, the miscalibration of the incompetent which stems from an error about the self.

Essentially, when we lack competency, we simply don’t know enough to accurately assess our skill. Hence the whole “illusion”. Interestingly enough, the inverse is true those with high ability. The miscalibration of the highly competent stems from an error about others – meaning they see where it can all go wrong with everyday people and manage their personal expectations to a greater extent/underestimate themselves.

With consideration of the Dunning-Kruger effect, the social model it asserts is quite compatible with the matter of combat and perceived combat prowess. The blokes that peacock and hammer on about what they’d do in a hypothetical situation likely pose a danger to themselves above all else. While those who have trained and carry the weight of fight experience with them don’t exactly jump at every opportunity to prove themselves. And it’s not just because of some martial arts zen or even being humbled by the fight experience (although it certainly doesn’t hurt). It’s because they know the risks involved to a far greater extent.

The dangers of lacking self-awareness

Spend an hour browsing all the street justice compilations online and one thing becomes painfully clear. When you let your ego do the walking and the talking, it often ends in a cameraman yelling “Worldstar” and you, face down in your own blood, slumped on the curb, where nobody gives a fuck whether or not you’re breathing correctly.

A fight is inherently chaotic. I could go on about CTE, potential long term brain damage, nerve damage, paralysis, broken bones, chipped teeth – but I’m not going to do that. In fact, I’m not even going to use laymen as the principle example from this point forward, either. Let’s see what happens when the Dunning-Kruger effect goes wild, and so-called “masters” of non-practical or fake martial arts cop a dose of the hard reality to the face.

There’s a term in the realm of combat known as “bullshido” – a portmanteau of the words bushido (the code of the Samurai) and bullshit (self-explanatory). Bullshido encompasses the culture of fake martial art McDojos which function as nothing more than belt factory scams. They take your money, make you go through the entire pageantry of “ancient self-defence secrets”, and hand you a costume and a colourful belt under the thin veil of tradition; while also warning you that losing something as supposedly sacred as your belt will incur a $15.99 replacement fee – the sheer irony. Consequently, this builds you up to be another deluded soul. You learn virtually nothing. The worst part is you pose a danger to yourself, thinking you could realistically do something if and when shit hits the fan.

In recent times, the modern combat scene has been more vigilant about sniffing out bullshido wherever it may be. Outcasting the charlatans and cutting the parasites off at the stem. Below, I’ve handpicked a selection of very choice clips depicting when men overestimate their own ability to fight:

The crucial lesson to take away from everything you’ve just read? If you’ve ever been in a real fight, maybe you wouldn’t be so keen for another.