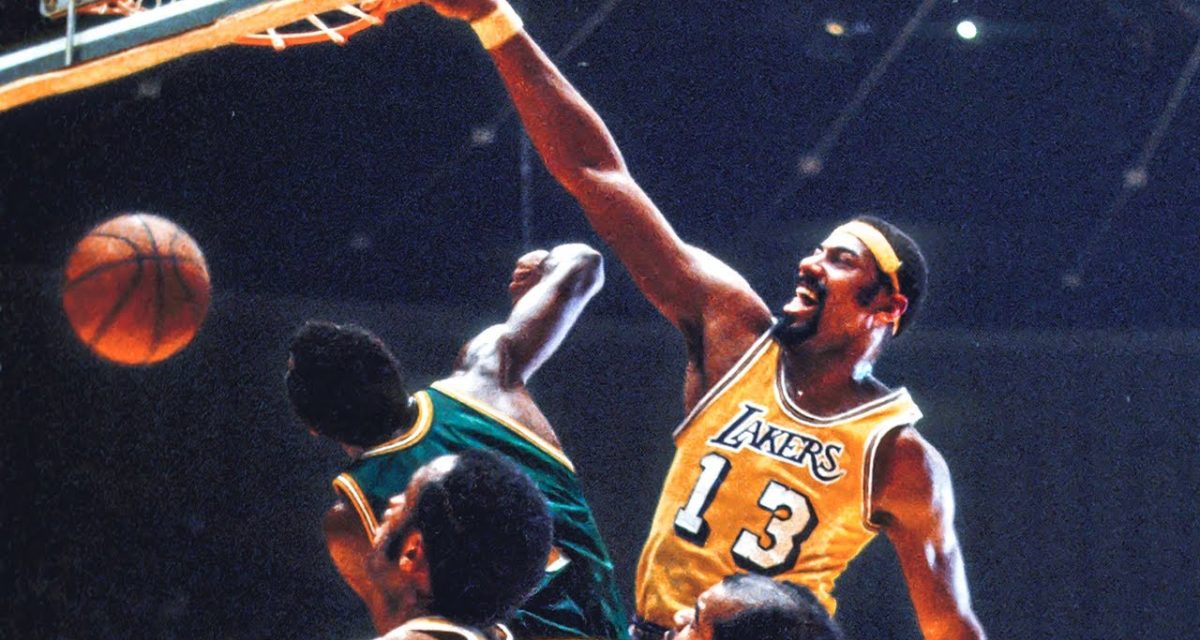 As one of the greatest NBA players of all time with countless league records across several categories to his name, Wilt Chamberlain was a 7’1″ god amongst men with exploits that were the stuff of pure legend. His most impressive stat, however, has nothing to do with scoring an average of 40-50 points one incredible season, scoring a career-high of 100 points one incredible game, nor the staggering career total of 31,419 points – it’s the fact that he somehow managed to bed over 20,000 different women throughout his lifetime… at least according to Wilt Chamberlain himself.

The issue with this red-hot revelation is that contrary to his more official on-court career stats, there wasn’t ever any hard verification. All of the so-called data has been sourced from anecdotes regarding the larger-than-life operator’s larger-than-life “adventures”. Controversially introduced to the public in his 1991 biography A View From Above – which dedicated an entire chapter to the subject of Chamberlain’s sex life – The Big Dipper stated his intentions weren’t to brag or stretch the truth, but simply “[lay] it out there for people who were curious”.

“I’m not boasting… I don’t see all this lovemaking as any kind of conquest,” Chamberlain explained in his defence.

Given how the US was at the height of the AIDS crisis at the time, Chamberlain wasn’t exactly celebrated for his sexual prowess; and certainly not for his overall attitude towards self-styled sexual liberation. As a prolific African-American, he was also held accountable for promoting “black racial stereotypes”. It’s worth noting at this point that miraculously, despite the practically inconceivable figures presented before us today, Wilt Chamberlain reportedly never contracted a single STD or found himself face-to-face with an unplanned pregnancy (with the possible exception of one Aaron Levi).

Breaking down the numbers

Assuming Wilt Chamberlain was indeed sexually active from the age of 15 all the way until when The View From Above was published in 1991, that provides a time frame of 40 years to sleep with 20,000 different women. 20,000 women divided across 40 years neatly comes to 500 women a year, or according to The Atlantic, 1.4 women a day. Of course, this certainly wouldn’t have been a consistent sustained run. If Chamberlain’s sexual activity were to be illustrated, our money would be on a skewed graph, the statistical peak obviously coinciding with the height of his NBA stardom.

Close childhood friend Tom Fitzhugh, on the other hand, has some contentions about old Willy’s early days. As he never recalled Chamberlain ever going on a date growing up, Fitzhugh’s assertion is that our ballin’ lothario left high school a virgin. Assuming a revised starting age of 18, this increases the average to 1.5 women a day across 37 years.

The other important detail to note is that while Chamberlain was a world-class athlete who strived to perform above and beyond in all aspects, it simply wouldn’t have been feasible for him to, shall we say, empty the clip day after day. Even NBA gods need a rest every now and then, perhaps even a sick day to ice the clackers – which is where his penchant for group sex picks up the slack. Other close friends described his love for threesomes, orgies, and the like, to the point where Chamberlain allegedly sealed the deal with 23 different women on a 10-day road trip.

There is a slightly wholesome epilogue to this tale of what many would perceive to be utter debauchery, topped off with something of a lesson for all the aspiring Casanovas out there. Shortly before he died, and the odd 20,000 odd women after, Wilt Chamberlain stated the following during a 1999 interview:

Keep that in mind next time you go for a mass swiping session, fellas.

Now check out Wilt Chamberlain in a different kind of prime below.