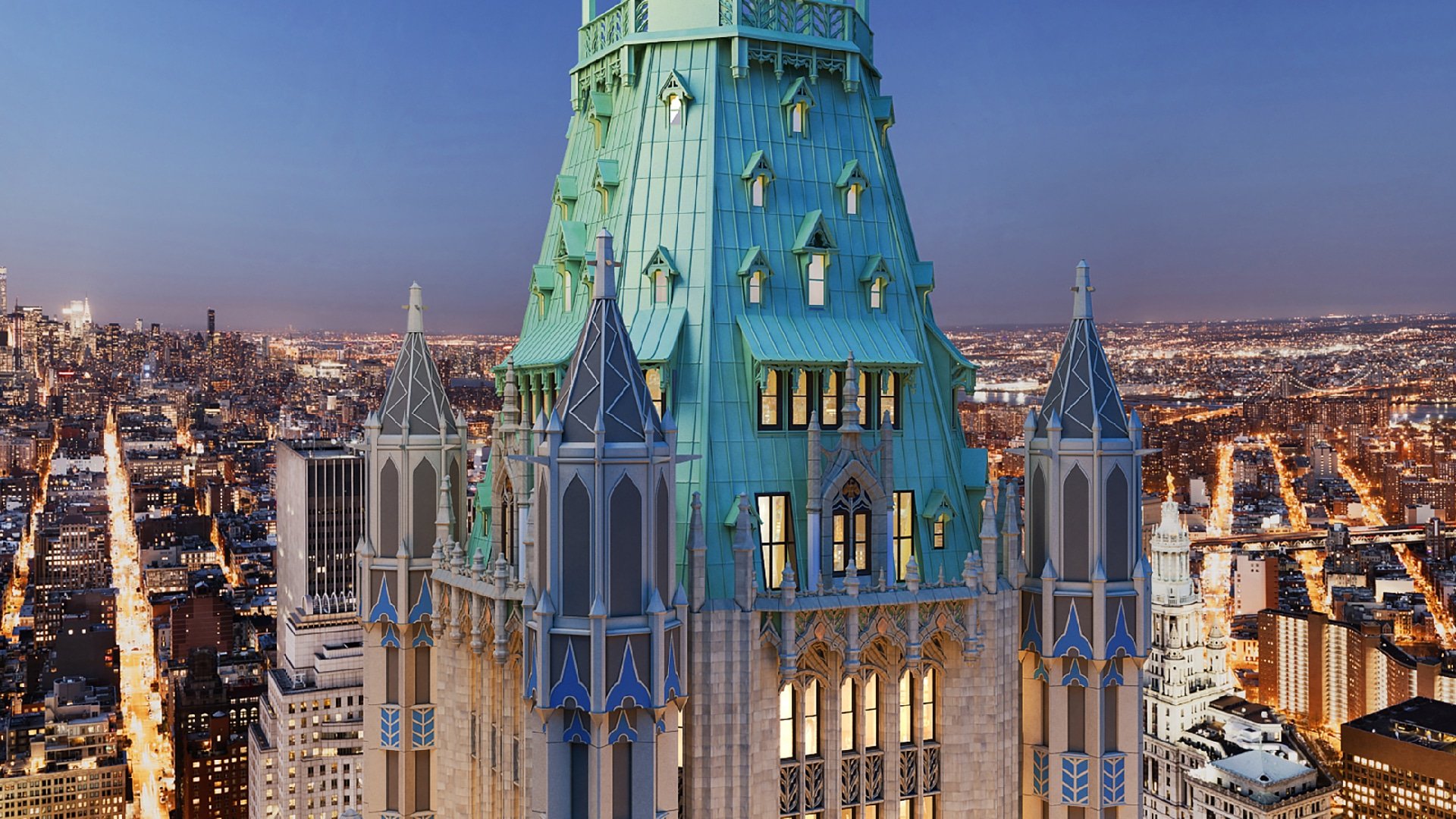 The investors out there will undoubtedly be familiar with the notion that “elephants don’t gallop”, and the same can be said with ultra high-end properties of late – in terms of both value creation and ability to be moved off the market. In the past five years, this has been the recurring theme with residences like The Pinnacle Penthouse located within New York City’s iconic Woolworth Building (also see: The One, America’s most expensive house). Initially listed for US$110 million / AU$141 million back in 2017, the lavish pad in question now has a significantly lower asking price of US$79 million / AU$130 million. But God… doesn’t it wear the world well?

Dubbed the “last great unclaimed spaces in New York City”, as a fixture of what was once the world’s tallest structure upon completion in 1913, The Pinnacle Penthouse sits 727 feet above ground. Offering a generous 9,680 square feet across five storeys as well as an additional 408 square-foot observatory, there’d be nary a complaint about having insufficient room for activities. As per Forbes, other top-line features include total of 125 windows, 24 foot high ceilings, and an in-residence private elevator.

Given how the space is currently being offered as an unfurnished blank canvas, further details about what you can expect outside of the Woolworth Building’s key amenities and that nine-figure view have yet to be confirmed. But in an effort to get the imaginations going, developer Alchemy Properties has commissioned some early renderings + floor plan designs from award-winning architectural talents, Thierry W. Despont and David Hoston.

“The Pinnacle at The Woolworth Tower Residences has been described by some as a ‘castle in the sky’ and by others as the ‘highest mansion in Manhattan,’” says Stan Ponte and Joshua Judge of Sotheby’s International Realty.

“However, a buyer may think of the space, it is ultimately a home, and the renderings and proposed design by award-winning architect David Hotson allows potential purchasers to understand how they could live in this penthouse of penthouses.”

“In particular, David Hotson’s brilliant use of vertical sight-lines, floor plans that maximize light and air, breathtaking floating staircases, and internal elevators have literally elevated the space from a landmark penthouse to a piece of art.”

White-glove service and amenities of the Woolworth Building include the following:

Check out The Pinnacle Penthouse located at 2 Park Place, New York below.