Inside The Glamorous San Simeonita Villa 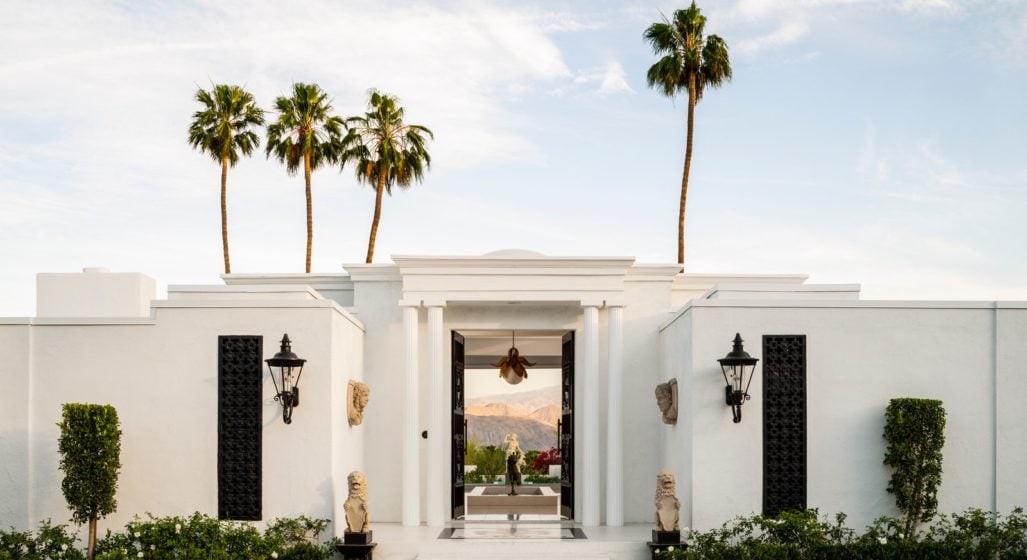 The Palladian-style villa known as San Simeonita has quite a storied past. Originally conceived by Hollywood set designer James McNaughton in the early 1960s, it has sheltered the likes of media heir, George Randolph Hearst – with rumours that his niece Patty Hearst had also spent some time at this exact residence, shortly after her prolific kidnapping by the Symbionese Liberation Army.

But gone are the days of dynastic families and “lavish parties for dignitaries and celebrities“. In the present era, San Simeonita is owned by Ed Cole and Christopher Wigand; a couple who had perennially been drawn to this Palm Springs property.

“We had driven by the house many times without really knowing its history and were always intrigued by it,” Wigand tells Architectural Digest.

“From the front it looked imposing, mysterious, and a little scary, although there were not many hints about what was behind the doors.”

What was hidden behind those doors proved to be far more work than any homeowner would usually care for. It’s saving grace, however, was its character. Enlisting the help of interior designer Anthony Cochran and Stoker Inc., they got to work.

Check out the incredible results below.

Check out the original write-up over at Architectural Digest.