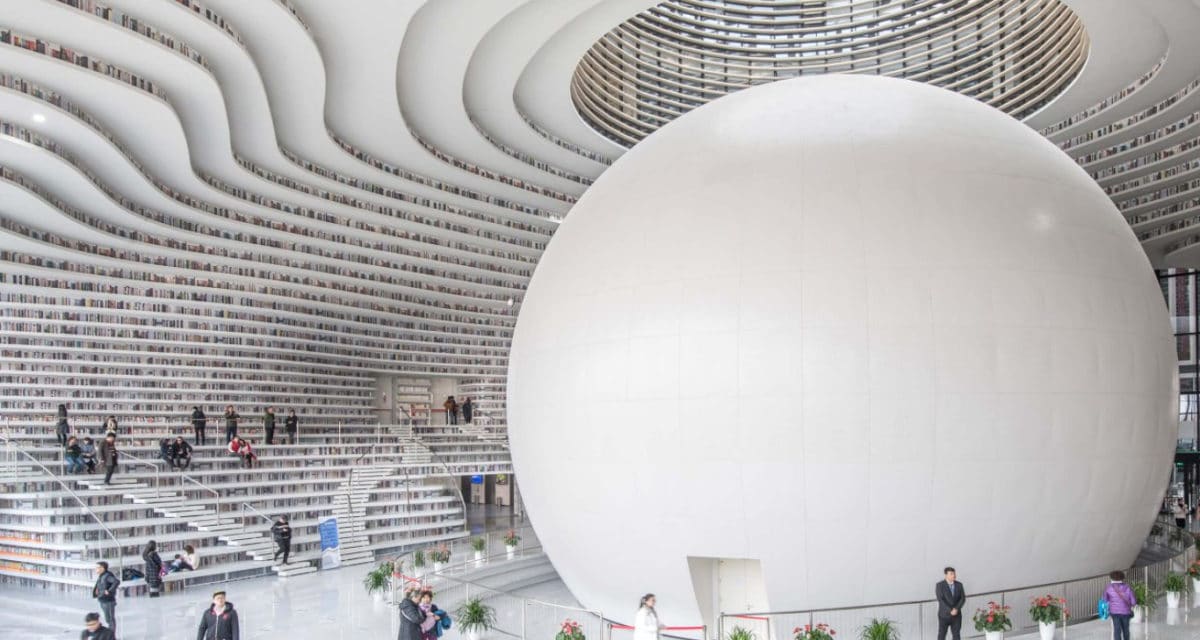 In the northeastern corner of China, you’ll find the Tianjin Binhai Library – otherwise known as “The Eye”. Designed by Rotterdam-based architectural firm MVRDV and only officially completed in 2017, it may soon be known to the general population by yet another moniker: the world’s coolest library.

Spread across five levels and a total of 33,700 square metres, Tianjin Binhai Library is home to over 1.2 million books placed on terraced shelves. The first and second floors serve as lounge areas and reading rooms, while the levels above consists of computer rooms, meeting rooms, and offices. At the centerpiece of this entire space is a sphere illuminated by external LED panels which doubles as an 82-seat auditorium. Hence why the library’s nickname is “The Eye”.

But the most notable aspect about Tianjin Binhai Library isn’t simply its sheer scale, nor is it the spherical auditorium. As you will have deduced for yourself in the gallery below, it’s the striking blend of futurism which almost overwhelms the interior geometry, coupled with the cathedral-like design cues. It’s clear from the very first glance that this was never intended to resemble anything we’ve come to know about conventional libraries or, indeed, cathedral-like spaces. This is pure, unadulterated art that was always meant to be experienced in silence.