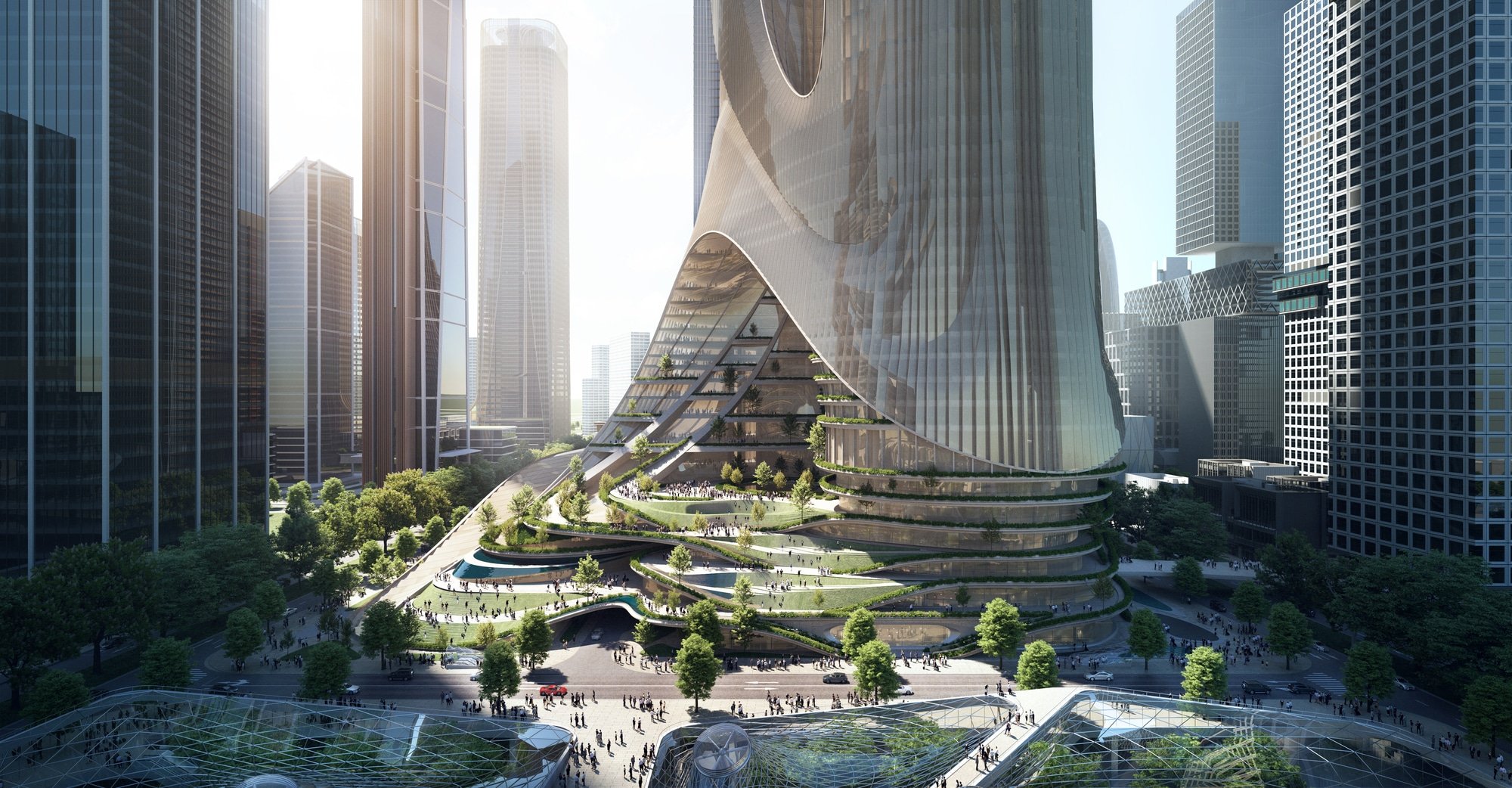 Zaha Hadid Architects have now secured the heavily contested Tower C contract. Destined for the business and finance hub of Shenzhen Bay Super Headquarters Base in China, at a glance, it’s clear as day how and why the design triumphed.

For context, the city of Shenzhen represents a vital commercial intersection connecting the likes of Hong Kong, Macau, Guangdong, and to an extent, Guangzhou. Similarly, Tower C will serve as a vital intersection within Shenzhen, reportedly set to accommodate for up to 300,000 employees each day: office space, venues for international conferences, exhibits, and cultural programming; as well as residential developments, a transport centre, retail, dining, entertainment, even botanical lands.

Currently, the design entails dimensions which span almost 400 metres skyward, showcasing a unique form factor which not only promotes direct pedestrian access and remains fairly unobstructive to those on the ground, but also maximises daylight from the top floor all the way down to the transport interchange.

RELATED: Zaha Hadid Architects Reminds Us Why They Run The Game With New Football Centre

Zaha Hadid Architects explains that the conception of Tower C was directly informed by 3D modelling tools which optimised architectural massing, orientation, and façade-to-floor ratios efficiencies – resulting in a “multi-dimensional vertical city”. And as per the norm in this era, some environmental considerations have made an impact on the latest proposal.

On the matter of natural thermal regulation, there are double-insulated unitised glass curtain walls to provide shading, strategic ventilation to redirect airflow (and reduce stress on the structure). Other energy-saving technologies include recycling features, water-collection, photovoltaics to harvest solar energy for the district, and a connection to the district’s smart management systems to monitor + regulate internal/external conditions.