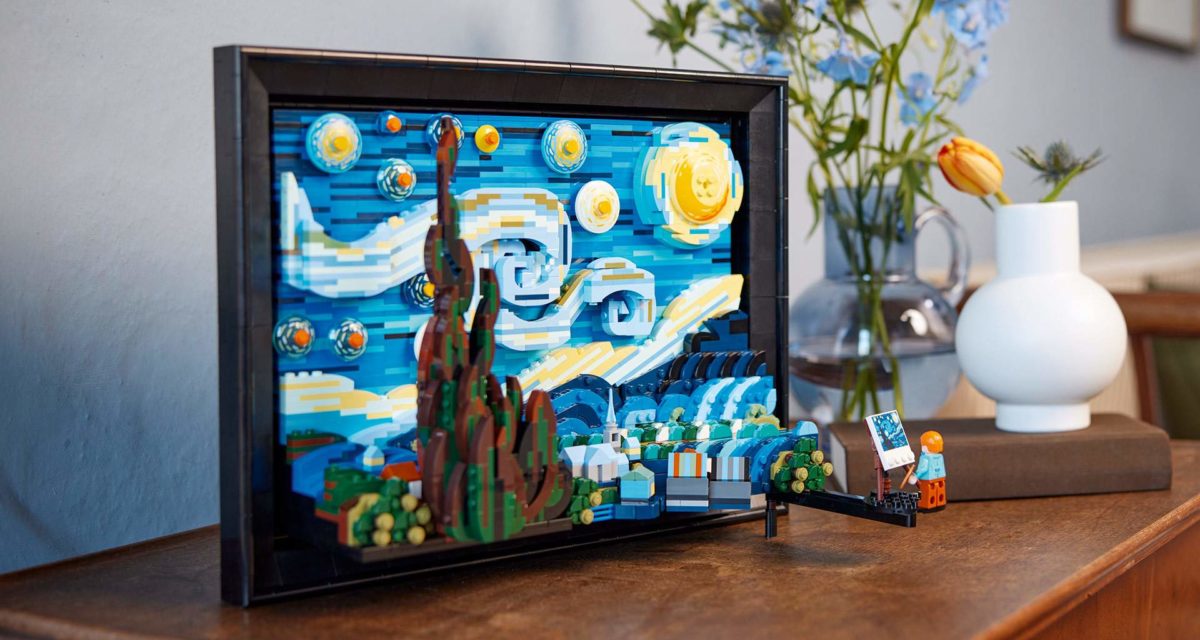 Owning a genuine artwork by Vincent van Gogh might be a little out of reach for approximately 99.99% of the population, but determined to give the people the next best thing, LEGO has teamed up with New York’s Museum of Modern Art (MoMA) to release an official The Starry Night set.

As some of you may recall from our earlier coverage, the concept was initially pitched by Hong Kong-based PhD candidate Truman Cheng on the LEGO Ideas platform. Before long, the proposed build kit gained considerable online attention. And a year later, it’s hitting shelves.

“What makes The Starry Night so irresistible is the expressive brushwork and vibrant colours used throughout, which tell the story of humanity’s everlasting dream for better things,” explains Federico Begher, Head of Global Marketing at LEGO.

“Truman’s design was a masterpiece in itself – showing how many different LEGO elements and techniques could be used to replicate van Gogh’s iconic painting.”

“It was a was a good brain tease to come up with tricks and techniques to capture the look of the original painting,” adds Truman Cheng.

“The brushwork goes into many directions in the moon and the swirling cloud, so there was some creative use of bracket and clip elements involved.”

Originally painted in 1889, The Starry Night was inspired by the view from Vincent van Gogh’s window at the Monastery of Saint-Paul de Mausole Asylum in Saint-Rémy, France. The tormented artist had, of course, checked himself into said asylym shortly after the famous self-removal of his left ear. And during his time here, he sought solace in the night sky — subsequently creating one of the most recognisable masterpieces in modern art.

The LEGO Starry Night set will be exclusively available to purchase for both LEGO VIP and MoMA members starting from May 25th, while the global release is scheduled a little later on June 1st. The price? $260.