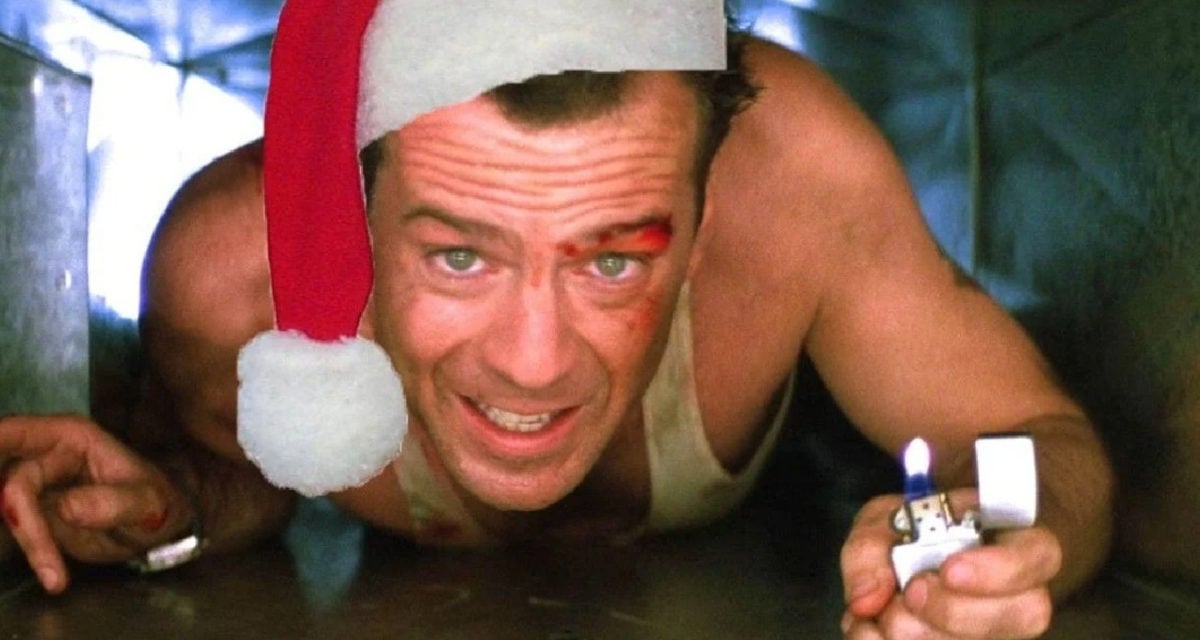 Every year, one of our generation’s greatest philosophical debates inevitably resurfaces: Is Die Hard (1989) really a Christmas movie? To which I counter with another question: How is it not? Better yet, why are we still refuting its status as the ultimate Christmas movie?

Step back and really think about this shit. Die Hard directed by John McTiernan, adapted from Roderick Thorp’s 1979 novel Nothing Lasts Forever, starring Bruce Willis and Alan Rickman. What’s left when you strip back all the bells-and-whistle elements of terrorists, $640 million in untraceable bearer bonds, gunfights, and Nakatomi Plaza?

At its core, we’re dealing with the story of a working-class bloke in NYPD Detective John McClane (Bruce Willis) who arrives in Los Angeles on Christmas Eve to save his marriage with estranged wife Holly Gennero-McClane (Bonnie Bedelia); and by extension, keep his beloved family together. McClane’s biggest obstacle isn’t the armed + dangerous European Grinch that is Hans Gruber (Alan Rickman), but learning the true value of family… as well as surviving a Christmas party gone horribly wrong to celebrate the holidays with said family. We really can’t paint a clearer picture, folks.

Alright, fine. So you’re not convinced. Let’s pretend for a minute that the argument presented isn’t air-fucking-ight. Audience interpretation, after all, is just that – an interpretation. If only someone who contributed towards making the seminal action flick preserved within the goddamn US Library of Congress weighed in. Oh, wait… someone did.

Meet Steven E. de Souza. In addition to being the screenwriter who adapted Thorp’s Nothing Lasts Forever (1979) for cinema, the man has also most notably penned such blockbusters as Commando, Judge Dredd, Beverly Hills Cop II, in addition to Die Hard 2. So what does this veteran of film and think about the smooth-brained rebellion against categorising Die Hard under the Christmas movie genre?

During his appearance on the Script Apart podcast, de Souza laid out the facts plain and simple, comparing his own masterpiece to the “baseline” Christmas movie: White Christmas (1954). Here’s what we’re dealing with…

Is Die Hard A Christmas Movie: The Official Checklist

Bonus: The screenplay has 18 mentions of the word “Christmas” while the film itself features 21 distinct visual references to Christmas (more stats here). 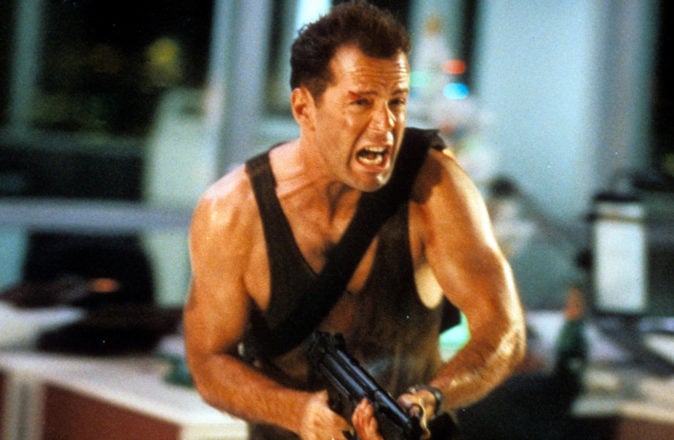