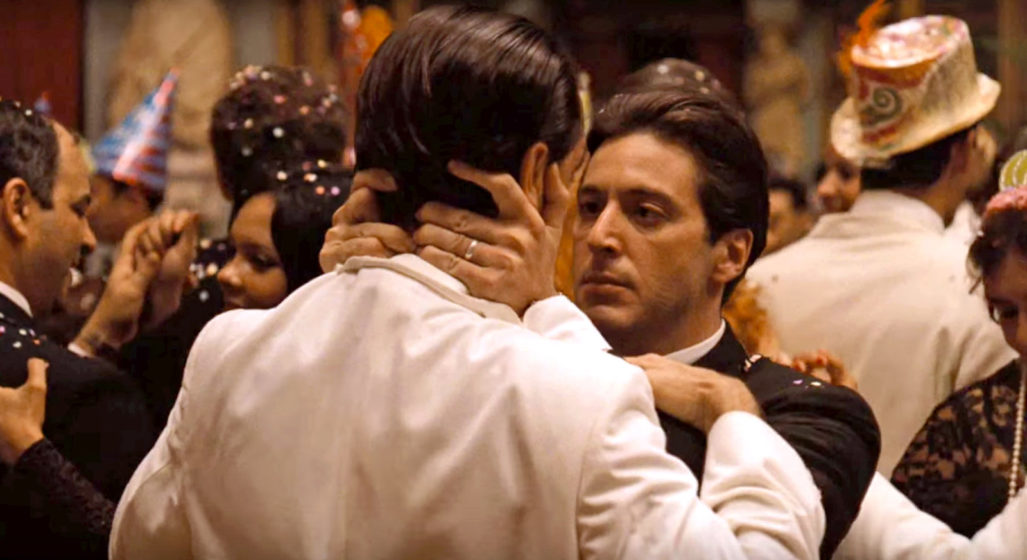 For those of you who are curious, the occasions include the likes of Rocky II, Star Wars: The Empire Strikes Back, Aliens, Terminator 2: Judgement Day, The Dark Knight, and you know what, I’ll say it – Toy Story 2 (cos’ fuck it, why not?).

But what are the specifics about Godfather II which makes it the gold standard for the often lacklustre follow-up? And why is it that anyone vaguely enthusiastic about cinema can’t seem to shut up about Godfather II?

Here are some key points to help you get clued in.

[Warning: Spoilers – though if you haven’t seen it at this point, you low-key deserve them.]

Disciplined storytelling at its absolute finest

There’s a scene in Almost Famous where Billy Crudup’s rockstar character, Russell Hammond, tells a young Patrick Fugit a crucial line that informs the rest of the film (as well as being a pertinent statement about storytelling):

“It’s not what you put into it. It’s what you leave out.”

Crudup’s character later goes on about Marvin Gaye’s “What’s Going On” and the single “woo” that is left in. “That’s what you remember. The silly things, the little things… there’s only one, and it makes the song. But it’s what you leave out. That’s rock and roll.”

In the first instalment, we enter the already-established world of the Corleone family. The titular Godfather, Vito Corleone (portrayed by the legendary Marlon Brando), had resided in his seat of power for some time. There was some implied history, but it was only ever-so-briefly touched upon. The absence of Vito’s backstory meant there was some prime storytelling real-estate for the follow-up.

In Godfather II, we could have easily followed the continual rise of Vito’s son, Michael Corleone (portrayed by Al Pacino) in an exclusive fashion. That’s the common instinct/mistake when it comes to sequels, to constantly up the stakes to a stage where all points of references are lost and the “ceiling” is nowhere to be found.

Instead, we’re provided with intermittent flashbacks depicting the early rise of a younger Vito (portrayed masterfully and with nuance by Robert De Niro). Effectively, what this does is texture the entire film with a richer, more detailed history, something more profound – as well as balancing the story with some beautifully poetic narrative symmetry. Not to mention, colouring each characters’ experiences with greater context and pacing the landmark events in a fairly digestible fashion.

Then there’s the matter of Fredo. Poor, old Fredo. As the Corleone family had chosen to leave the second son at the bottom of the pile, Coppola sparingly offers the audience moments involving Fredo. Only what is necessary to paint a picture of a snivelling and spineless man, uncertain of his own desires and ambitions. Any more attention could very well have undercut the iconic climax. But the fact that Fredo is never made to feel like an important or integral component of the overarching story makes the reveal all the more powerful. His absence is accounted for. The pin drops. The family never saw it coming. And nor did we.

Sometimes, it really is about what you leave out.

RELATED: ‘The Godfather’ Almost Became A Very Different Film With This Alternate Cast.

Unflinching when it comes to consequences

The actions vs. consequences found in Godfather II makes for a fascinating exploration of Kantian ethics and morality. But that’s an exploration for another article entirely. Philosophy aside, it still makes for an interesting watch with a simple focus on delivering a reaction for very action.

The mark of a weak sequel is when it attempts to replicate the first film beat for beat. The dilemma there is figuring out how its central characters can progress without, yet again, being handed a clean win. Coppola’s solution? Hand a win… but don’t make it clean. Michael has to work for it and there has to be a trade-off.

As every myth throughout history will tell you, everything comes at a cost. By the film’s end, while Michael’s victory over the rival crime families has once again been secured, things aren’t as cut and dry as the first film’s final act. One could conceivably argue that the first film’s final act also came at a cost, i.e. Michael’s humanity. In any case, Godfather II exacts a heavier cost.

The last shred of Michael’s humanity dies with Fredo, only shortly after burying their mother. In a turn of fate akin to a Greek tragedy, what’s left of the very family he swore to protect abandons him out of fear for what he has become; that or having been cast away as the last voices of reason, like in the case of Tom Hagen (portrayed by Robert Duvall). His sister, wife, children – even the unborn child he was awaiting. Kay (portrayed by Diane Keaton) confesses she didn’t lose the unborn child through a miscarriage but an abortion. She simply could not bear to bring another “monster” into this world.

In that final scene, we’re treated to yet another flashback. December 7, 1941. The Corleone family prepares to surprise Vito for his birthday when Michael announces that he has dropped out of college and enlisted in the US Marines. The family reels. The reception is not a positive one. As Vito is heard entering, all but Michael exits the room to greet him leaving Michael to sit at the dining table alone. Cut back to present day and the essence of the scene is just the same. Michael sits by the lake at his family home – alone.

There you have it, symmetry.

Michael Corleone: a character study of the perfect villain

The perfect villain isn’t someone you direct all your hate towards, or even root against for that matter. The perfect villain is someone that simultaneously inspires fear and sympathy. Fear for how their every action contradicts our common belief of what is inherently “good” and “right”; sympathy because whether we care to admit it or not, you understand how an individual could conceivably go down that path.

Michael Corleone is first presented in The Godfather as an all-American boy scout with a clean nose, who steers into an alternative path away from the family’s less-than-legitimate endeavours. College, the US Marines, a law-abiding citizen. Fresh-faced and pure of heart, he eventually answers the call to action as a means of doing his part for the family and exacting vengeance (which, at this point, he still believes to be justice and therefore right).

What we witness is a case of vengeance kicked into overdrive. With every deed, Michael resembles himself less and less. Until, by the end of Godfather II, he’s the antithesis of who audiences were first introduced to in Godfather. Because that’s what the perfect villain is. The antithesis of oneself, the negative reflection of our base collective values. So much so that you can almost feel the regret, the utter disgust, within Michael for himself. For who he has become. 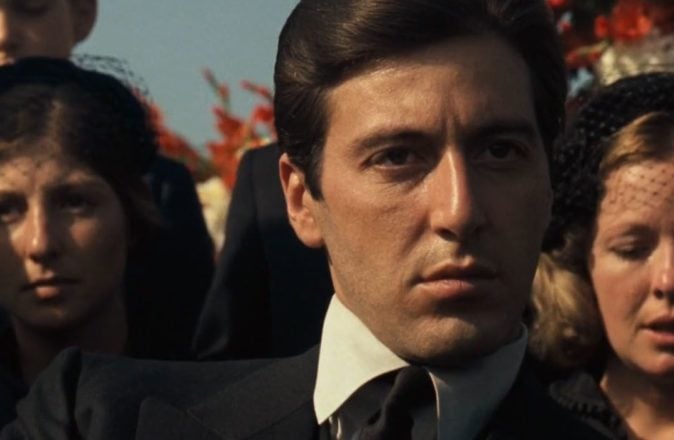 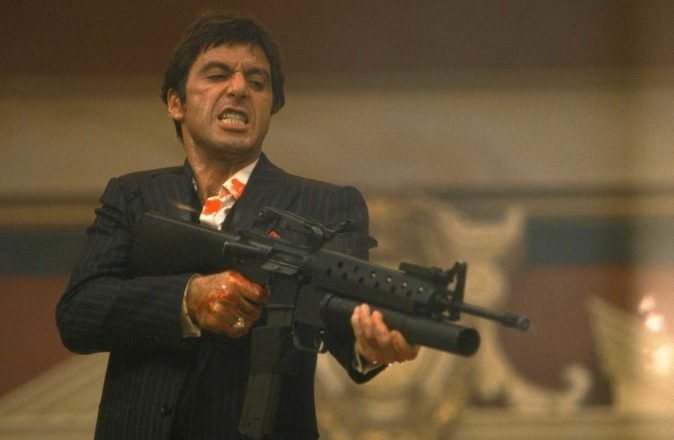