In 2016, the year in which his career comeback was in full swing, once-in-a-generation comedian and Mark Twain Prize winner Dave Chappelle signed an insanely lucrative deal with Netflix which outlined payment of US$20 million / AU$27.5 million per comedy special. The first two – Deep In The Heart of Texas and The Age of Spin – came directly from the man’s personal vault and hit streaming queues back in 2017. The third and fourth – Equanimity and The Bird Revelation – followed soon after, before 2019’s Sticks & Stones. Now, the sixth instalment is upon us with Dave Chappelle: The Closer – which will be available to experience starting from tonight.

“This is Dave. He tells jokes for a living,” narrates Morgan Freeman off-camera in the teaser trailer above, as a piano cover of ‘Where Is My Mind?’ by The Pixies can be heard in the background; Freeman previously provided some tongue-in-cheek commentary for Sticks & Stones.

“Five specials in this many years… how do you close a body of work that profound? I couldn’t imagine the enormity of the pressure. And then, he looks as if he’s about to say something: what could he possibly have left to say?”

That’s when Chappelle slams the brakes and tells Freeman to shut the fuck up as the frame pulls back to reveal the Oscar-celebrated actor is actually right next to him in the passenger seat. The latter sheepishly apologises to the former, before the car takes off again.

As indicated by its title, The Closer will complete this particular body of Dave Chappelle’s work with Netflix, although given how profitable the entire relationship has been thus far, we wouldn’t be surprised if there’d be more comedy specials on the cards. Stan Lathan, who has directed every one of Chappelle’s feature-length releases since Age of Spin, has returned to helm the upcoming instalment. 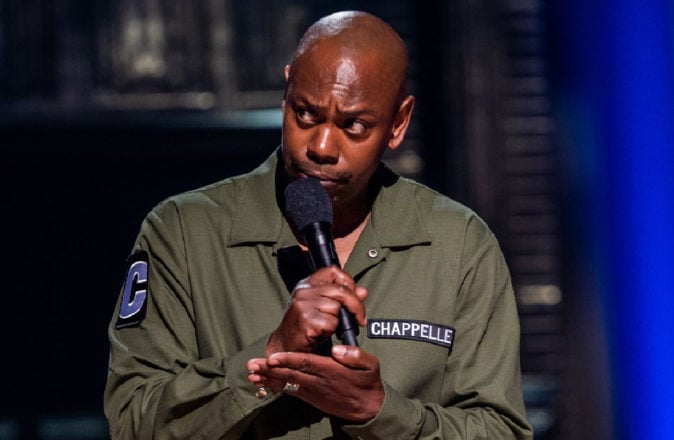