Some wounds continue to ache years after the initial incision. Six, to be exact, in the context of beloved comedian Robin Williams’ passing. Pro tip: if you’re still feeling some kind of way about his absence from this plane of existence, I suggest you get the tissues ready – because we’re about to receive yet another documentary likely to tug at the heartstrings with Robin’s Wish.

Providing an intimate look at Williams’ final days, this documentary will not only shine a sentimental light upon the man’s legacy of joy, but also an informative light upon Lewy body dementia – the very neurodegenerative disorder he fought during his final year. This will be something of an investigation aligning what we know about the disease with Williams’ own struggle.

RELATED: When Jack Nicholson Punched Too Many Cones & Needed Robin Williams To Do His Acceptance Speech.

“The last movie, it was clear to all of us on that set that something was going on with Robin,” recounts Shawn Levy, director of Night At The Museum 2.

“It no longer feels loyal to be silent about it, but maybe more loyal to share.”

“My husband had unknowingly been bottling a deadly disease,” says Susan Schneider Williams.

“Nearly every region of his brain was under attack. He experienced himself disintegrating.”

It won’t, however, be purely focused on the doom and gloom. As alluded by the trailer above, Robin’s Wish will be as much about celebrating an extraordinary figure who dedicated his life to bringing the world laughter; as it is about mourning the great cultural and humanitarian loss.

This latest Robin Williams documentary will be available to stream on-demand starting from September 1st of this year.

WATCH: Jack Nicholson Gets Too High & Needs Robin Williams To Save His Award Speech 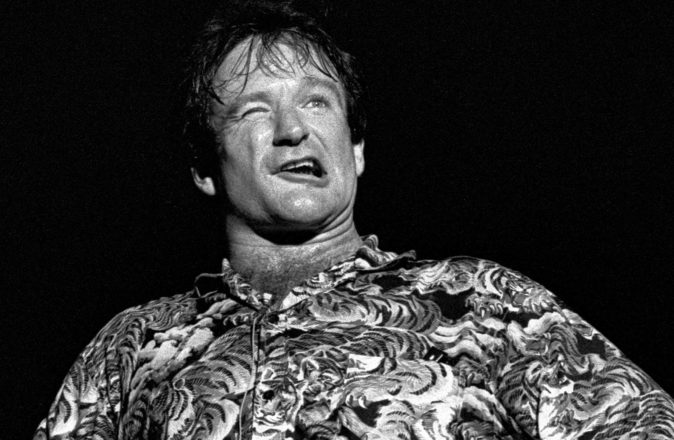