Warner Bros. has once again reignited the age-old LeBron James vs Michael Jordan debate by dropping the first Space Jam 2 trailer. Starring King James himself and directed by Malcolm D. Lee (Undercover Brother, Girls Trip), this long-awaited follow-up to the classic 90s flick is making one thing very clear: they’re not aiming to recapture lightning in a bottle, but – as the official title suggests – establish something of their own. An entirely new legacy, if you will.

The recent press in the lead up to Space Jam 2 releasing has been a refreshing change of pace given how details have been rather sparse up until now. 15-second Instagram promos and first-look images aside, the first substantial reveal occurred late last year when the plot synopsis was “leaked”:

During a trip to the Warner Bros. studio, NBA Superstar LeBron James and his son accidentally get trapped within a world that contains all of Warner Bros.’ stories and characters, under the control of a malfunctioning, all-powerful force named Al-G Rhythm.

With the help of Bugs Bunny, LeBron must navigate through a never-before-imagined world filled with iconic movie scenes and characters as they re-assemble the Looney Tunes to rescue his lost son.

Now to get back home, LeBron and the Tunes have to unravel Al-G’s mysterious plan and win an epic basketball game against digital gamified super-versions of the NBA and WNBA’s biggest stars as the entire world watches.

James will be joined by an all-star cast of Don Cheadle as Al-G Rhythm (the evil computer algorithm holding his son hostage), Cedric Joe as a fictitious version of James’ son Dom, as well as:

Space Jam 2: A New Legacy will be released theatrically and via HBO Max on July 15th – watch the first trailer above. 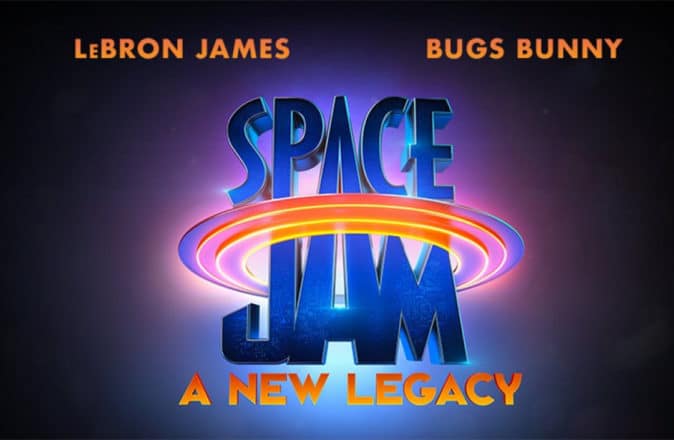