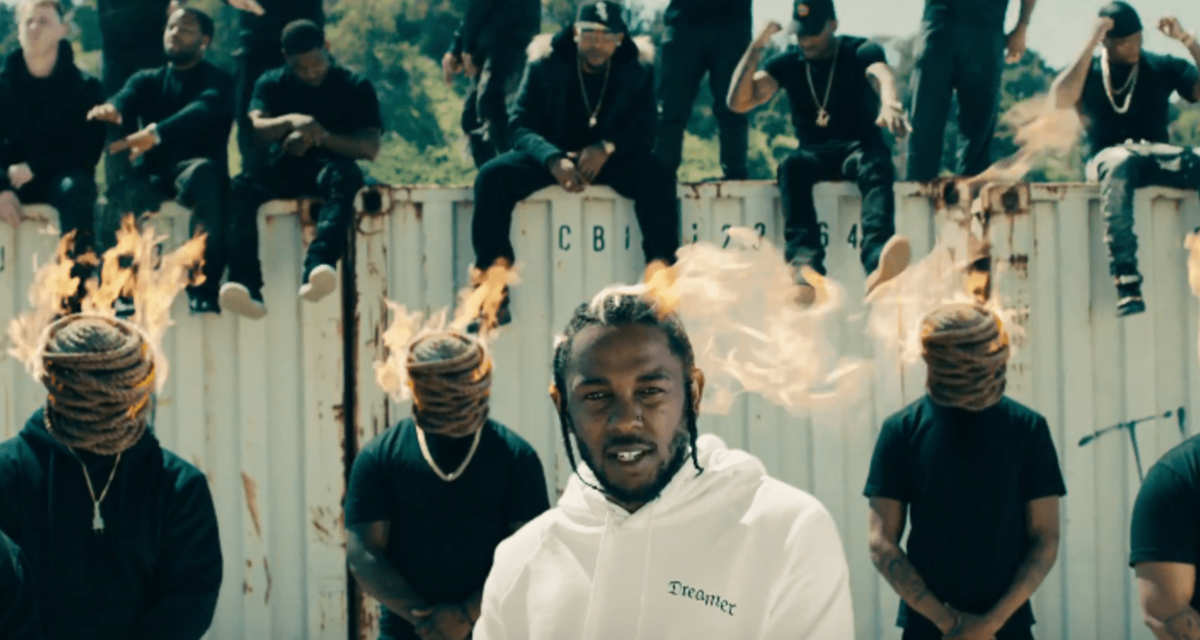 UPDATE [09/05/2022]: Kendrick Lamar has finally released the first song as part of the promotional run for his new album, Mr Moracle & The Big Steppers. With the rumoured double album set the drop at the end of this week. the Compton emcee has today uploaded ‘The Heart Part 5,’ the latest in Kendrick’s The Heart series, which historically consists of songs that have never actually made the album.

Unsurprisingly, ‘The Heart Part 5’ features a ferocious flurry that sees Kendrick examining everything from bipolar disorder to murder. To accompany the song, a video was uploaded to YouTube with direction from Dave Free and Kendrick, featuring the rapper’s face morphing into several deepfake avatars such as OJ Simpson, Jussie Smollett, Kobe Bryant, Will Smith, Kanye West and the late Nipsey Hussle.

‘The Heart Part 5’ was produced by Beach Noise, which is the production and songwriting trio of Matt Schaeffer, Johnny Kosich and Jake Kosich. Those familiar with their work will know Beach Noise has worked closely with Lamar’s cousin, Baby Keem, and laces Kendrick with a similarly complex beat that features a mutated sample of ‘I Want You’ by Marvin Gaye.

Interestingly, Deep Voodoo is credited in the video’s notes and likely did the deepfake work which aligns so well with the themes Kendrick discusses. In case you didn’t know, Deep Voodoo is the production studio run by South Park creators Trey Parker and Matt Stone. This is notable because earlier this year it was confirmed that Kendrick is currently working with both Parker and Stone to produce a new live-action comedy film.

Five years ago, Kendrick Lamar released DAMN. It won five Grammy awards, including Best Rap Album, and then made history as the first non-classical or jazz work to win the Pulitzer Prize for Music. Since then? Radio silence. The world has waited eagerly for Kendrick Lamar to announce a new album – or even just new music – and, at 11 AM PT in Los Angeles on April 11th of 2022, we got exactly that. New Kendrick Lamar album, Mr Morale & The Big Steppers, is now just a few weeks away.

It was an incredibly subtle announcement for what was essentially the music industry’s biggest news so far in 2022. In response to a Twitter user who wrote “Kendrick Lamar is officially retired,” K.Dot posted a conspicuous URL link.

Following that link would bring you to a blank white screen, save for a completely black folder. The news presented when opening the folder would then put poor old @raptalksk to shame.

Though the announcement was subtle, compared to standard album announcements from musicians of this commercial calibre, the release date was spelled out loud and clear. On May 13th, one of the most impressive rappers of our time will be releasing his final album for the Top Dawg Entertainment (TDE) label he helped build. Kendrick Lamar is releasing what he has titled Mr Morale & the Big Steppers.

The latest album from Kendrick Lamar in 2022, in many respects, feels like a conclusion of sorts. 17 years, four studio albums, and countless awards later, we are now in a position to reflect on the sustained brilliance of Kung Fu Kenny and the indelible impact he has stamped on the industry since he stomped into our collective consciousness with his first head-turner, “HiiiPower,” in 2011.

In a separate folder via the above link, titled “nu thoughts”, Kendrick Lamar took the opportunity to give his thoughts on the moment himself.

I spend most of my days with fleeting thoughts. Writing. Listening. And collecting old Beach cruisers. The morning rides keep me on a hill of silence.

I go months without a phone.

Love, loss, and grief have disturbed my comfort zone, but the glimmers of God speak through my music and family.

While the world around me evolves, I reflect on what matters the most. The life in which my words will land next.

As I produce my final TDE album, I feel joy to have been a part of such a cultural imprint after 17 years. The Struggles. The Success. And most importantly, the Brotherhood. May the Most High continue to use Top Dawg as a vessel for candid creators. As I continue to pursue my life’s calling.

There’s beauty in completion. And always faith in the unknown.

Thank you for keeping me in your thoughts. I’ve prayed for you all.

Whether or not this new Kendrick Lamar album marks the end of his prolific output, it’s hard to think of a musician who has come along and made such an impact in such a relatively short time. Outside of Kanye West, of course. With his cousin, Baby Keem, already picking up a Grammy for Best Rap Performance (for “Family Ties,” which features Kendrick) and the blueprint of his style echoed in emcees like D Smoke, even if we get no new material from Kendrick after this album, the rapper’s legacy is firm and unimpeachable. Although in all likelihood, his leaving TDE doesn’t necessarily mean this will be the last we hear from Kendrick Lamar.

And while you’re here, take the time to check out an absolute banger from Lamar that may have flown under the radar for casual fans.