10 Life Lessons From The Infinite Wisdom Of Kenny Powers 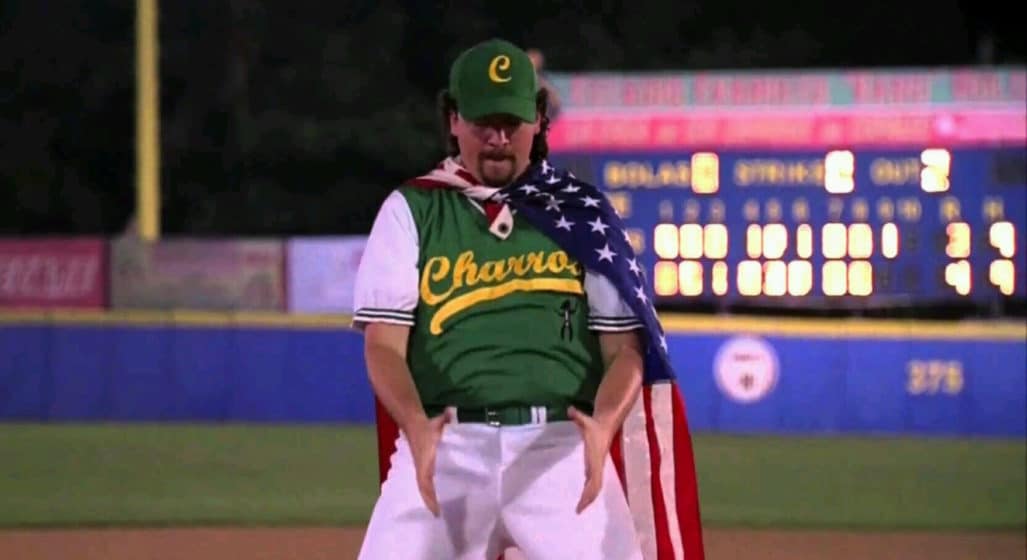 What is there to say about Kenny Powers that hasn’t already been said about an Ancient Roman deity? Kenny Powers. The man with a mind for victory and an arm like a fucking canon. At one point in time, everyone wanted a piece of his shit.

Here’s what we can all learn about the truly essential elements of life from Kenny fucking Powers.

Love should extend beyond the physical. So much more intimacy is waiting to be found past that quick nut.

“You know what? I can already tell that I don’t like you.”

Sometimes, a hate is inexplicable and does not require further explanation. Don’t bend over backwards to hide that it.

“I got two hard rules I live by, Pop: I don’t fuck with the devil and I never do tag-teams with blood relatives.”

“Not all alphas are born, children. Some animals become great. They use their mind, form respect, and build alliances.”

Greatness is not endowed upon individuals from birth. To achieve greatness, one must think outside the box, connect with peers, and innovate like hell.

“[A] true champion, face to face in his darkest hour, will do whatever it takes to rise above. A man fights, fights, and fights some more. Because surrender is death, and death is for pussies. And my ass ain’t no pussy. My ass is a fucking champion.”

Do or die. There is no try. If you aren’t willing to scrap for it with tooth and nail, then you don’t deserve to see the other side of the green, green pastures. Victory is a value you must live, breathe, and actively seek.

On standing your ground:

“This one coach tried to put me on a weight training program, and I was all like, ‘You and your weights can fuck off somewhere. I’m not lifting that shit. It’s heavy.’ You tell me why I need strength training when I’m strong enough to throw a goddamn 100 mile per hour pitch? Fuck that.“

Plant your feet and refuse to move. Both metaphorically and physically. Back your beliefs and never give an inch… or else you might have to one day surrender much more.

“I was paid a handsome amount of money and I brought a shotgun and a bottle of Tanqueray and showed those people the best fucking time they’ve ever seen.”

Live on the edge. Revel in the good times. Be it smelling the flowers and dancing in the rain or getting absolutely shitfaced with firearms, relishing the highs should always be a priority. Life is finite.

“I play real sports. Not trying to be the best at exercising. Fuck this guy.”

“A lot of people ask me, ‘Kenny Powers, you’re a giant star. You can get any woman. Have you ever paid for sex?’ And the answer is yes, I have. And it’s actually kinda cool. You can negotiate practically anything and sometimes, even just kind of do stuff in the moment that you never agreed to pay for and it goes by without much argument.”

Interpret that how you will.

Now go forth and grab the world by the balls, you bulletproof tigers.

To witness/rewitness the full glory of Kenny Powers in Eastbound & Down – as well as an entire selection of primo HBO content – cop a free two-week trial of Binge over at binge.com.au.